It takes planning, collaboration and time to improve agriculture and food systems on a broad scale, something that Willi Meyers knows quite well. Meyers, the director of CAFNR International Programs, was recently asked to be a part of the Food and Agriculture Organization of the United Nations (FAO) Regional Strategic Thinking Process Advisory Board for Eastern Europe and Central Asia. Based at the FAO’s regional office in Budapest, Hungary, the goal of the board is to analyze the key factors in the agricultural systems in approximately 14 nations. Out of the 11 board members, Meyers is the only one from the United States. 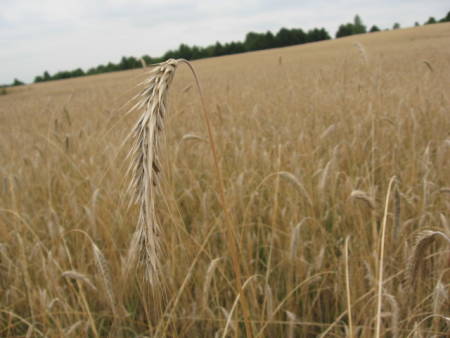 “I think we’re the only ones from the U.S. side of the pond,” Meyers said.

The “we” he is referring is Kateryna Schroeder, a research scientist for MU’s Food and Agricultural Policy Research Institute, under the Division of Applied Social Sciences in MU’s College of Agriculture, Food and Natural Resources. She has been contracted to concisely organize all of the board’s recommendations.

About every five years, members of the FAO participate in the strategic thinking process. They reconsider their game plan and identify their opponents: the current trends negatively impacting world food systems. This information is funneled to regional FAO offices, where teams of advisers work to identify what trends are affecting their area and how they can be addressed. As part of the process, Meyers is collaborating with other members of the FAO to identify and report key trends that may have an influence from 2018-2021. In recent cycles, they have largely focused on the countries that emerged out of the Soviet Union.

“The FAO usually brings expertise. That’s what their strength is — expertise, sometimes money,” Schroeder said. “But they need to know where exactly to go and what to do, and this is what the strategic framework helps to identify.” 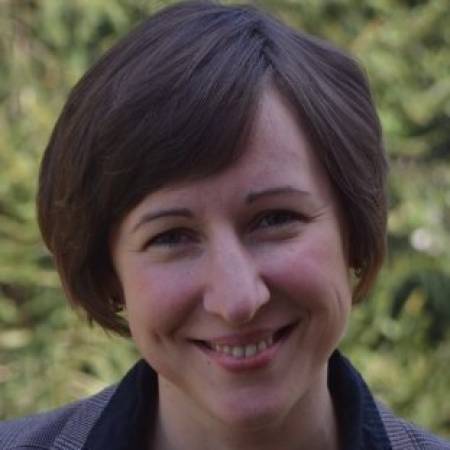 The advisory board met late last month to determine which of the FAO’s 11 global trends are affecting the area. The most recent list of adversaries includes an increasing vulnerability to natural and man-made disasters, climate change and energy scarcity. From these, they are identifying which are most important to the region at a meeting that is currently taking place this week. After this discussion, Schroeder will compose a draft of a regional strategic review paper, which, once published, will list the board’s concerns.

Schroeder also said the board decided to focus on building resilience to climate change in agriculture, developing sustainable farming systems and improving food security. Once the report is published, FAO economists will develop programs to remedy these trends. The strategic framework defines the general path of FAO programs. FAO regional and national offices then design programs to put boots on the ground to improve the area’s agriculture.

Past projects in the region have tackled issues such as gender inequality in rural areas. Schroeder said many men leave rural communities in Central Asia and the Caucasus region for better jobs and pay abroad, mainly in Russia. This leaves women in rural areas caring for farms alone, in a region where they traditionally have less access to land and financial resources. A previous strategic thinking process identified this trend. Then, the FAO was able to bring extension expertise to help women form cooperatives and educate them to improve their technical skills. 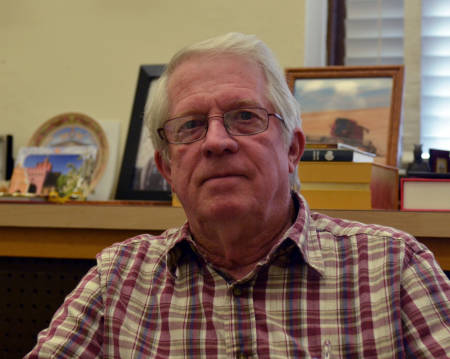 Meyers is serving as a representative on the FAO’s advisory board, after being invited to join in November. “Most of the people who are on the advisory board are people I’ve worked with over the years who have worked together on agriculture and rural development research,” he said. He’s been recognized nationally for his contributions to agricultural economics and policies. He’s been involved with numerous research projects in the Eastern Europe and Central Asia and previously served as a consultant to the World Bank. He also previously worked for the FAO in Rome from 1999-2002.

Schroeder’s involvement comes from a personal commitment to improving agriculture in the area. A Ukraine native, she came to the United States about 10 years ago to study on a scholarship from the U.S. government. She earned two master’s degrees from the University of Tennessee before coming to MU in 2009 to complete a Ph.D. in agricultural and applied economics under Meyers’ advising.

“The collapse of the Soviet Union brought a lot of difficult transition process for the Ukrainian people,” Schroeder said. When Ukraine first became an independent state many depended on agriculture for their survival, including Schroeder’s grandparents. They had several plots of land, which as a child, Schroeder often helped them farm. She said this helped her begin to understand how agriculture affects the bigger picture. “This made me interested in agriculture, just seeing the role that agriculture can play in people’s lives, and its role in alleviating poverty and hunger.”

This isn’t the first time Schroeder has been involved in improving the area’s food systems. Throughout her Ph.D. program, she worked with the region. Her dissertation covered agricultural policies in Russia and Ukraine. She has had three contracts with the FAO. Last year, she was a consultant to the World Bank for a project called “Enabling the Business of Agriculture.” Schroeder, Meyers, Tom Johnson (professor emeritus of agricultural and applied economics) and Fabio Chaddad (associate professor of agricultural and applied economics) have also been engaged in a Ukraine agribusiness project of the U.S. Agency for International Development (USAID) that Chemonics, a Washington, D.C.-based consulting firm, has subcontracted with CAFNR International Programs. Her main focus in that project has been improving the food security policies of Ukraine.

The regional strategic thinking process requires her to think on a larger scale. She’s analyzed specific nations, and specific concerns, like food insecurity. This project is much broader. It covers every issue pertinent to the global region.

“It is both challenging and exciting,” Schroeder said of her involvement with the FAO. “I find it very interesting. So far, I’ve found this project very rewarding.”