Tim Reinbott has always loved a challenge. His newest one begins in January.

Reinbott, the superintendent at the Bradford Research Center in Columbia, Mo., will move into a new role at the beginning of the New Year. He will replace John Poehlmann as the Director of Field Operations for the University of Missouri College of Agriculture, Food and Natural Resources Missouri Agricultural Experiment Station.

“It’s an honor,” Reinbott said. “John put his heart and soul into CAFNR. Everyone wants someone like John to work with. He did all of the tough, behind-the-scenes work that needed to be done. 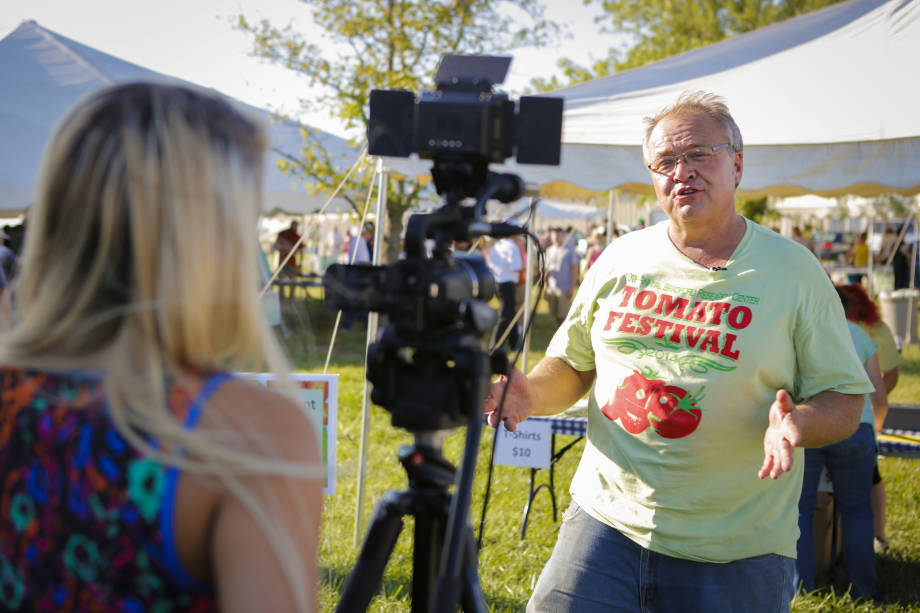 “I’ve got some big shoes to fill.”

Reinbott joined Bradford as the superintendent in January 2000. During his time in that role, Bradford continually grew and became a large part of the Columbia community.

“Tim has effectively managed the research activities at Bradford, and has become a public figure around central Missouri through his efforts to heighten awareness about agriculture through events like the sweetcorn tasting and the Tomato Festival,” said Marc Linit, senior associate director, MU Agricultural Experiment Station. “The Agricultural Research Centers around the state will benefit from his experience and enthusiasm.”

Before joining Bradford, Reinbott served as a research associate for Dale Blevins in the Division of Plant Sciences. Reinbott’s work took him all over Missouri.

“Our work went from the lab to the greenhouse to the field,” he said. “I had research at several of the Research Centers, so I was very familiar with them before I started as the superintendent at Bradford.”

“I’m really looking forward to the opportunity,” Reinbott said. “I’m excited to build on what John has already done.

“I’m extremely proud of the work that we’ve done at Bradford. It was a difficult decision to leave. We’ve made huge strides and done a great job of tying ourselves to the community.”

Poehlmann joined MU in 1978. Before taking over the role of Director of Field Operations for the MOAES, Poehlmann also served as superintendent of Bradford.

“The Missouri Agricultural Experiment Station was fortunate to have the steady hand and strong leadership of John,” Linit said. “To many stakeholders around Missouri, he was the face of our Agricultural Research Centers.”