For as much time as Christie Vilsack spends visiting foreign countries where the U.S. Agency for International Development (USAID) is currently engaged in various initiatives, she tries to make plenty of time to come back to the U.S. and speak with regular folks across the country about what USAID is and it does.

“It doesn’t do me any good to do that if I just come back to the United States and talk to other people who are doing the same work I’m doing, so I spend a lot of time trying to go home and talk to people in communities, on Main Streets, on college campuses,” said Vilsack, who has served as a senior advisor for international education for the agency since 2013. “My goal in life is to make sure that Americans understand what we’re doing in a framework they understand.” 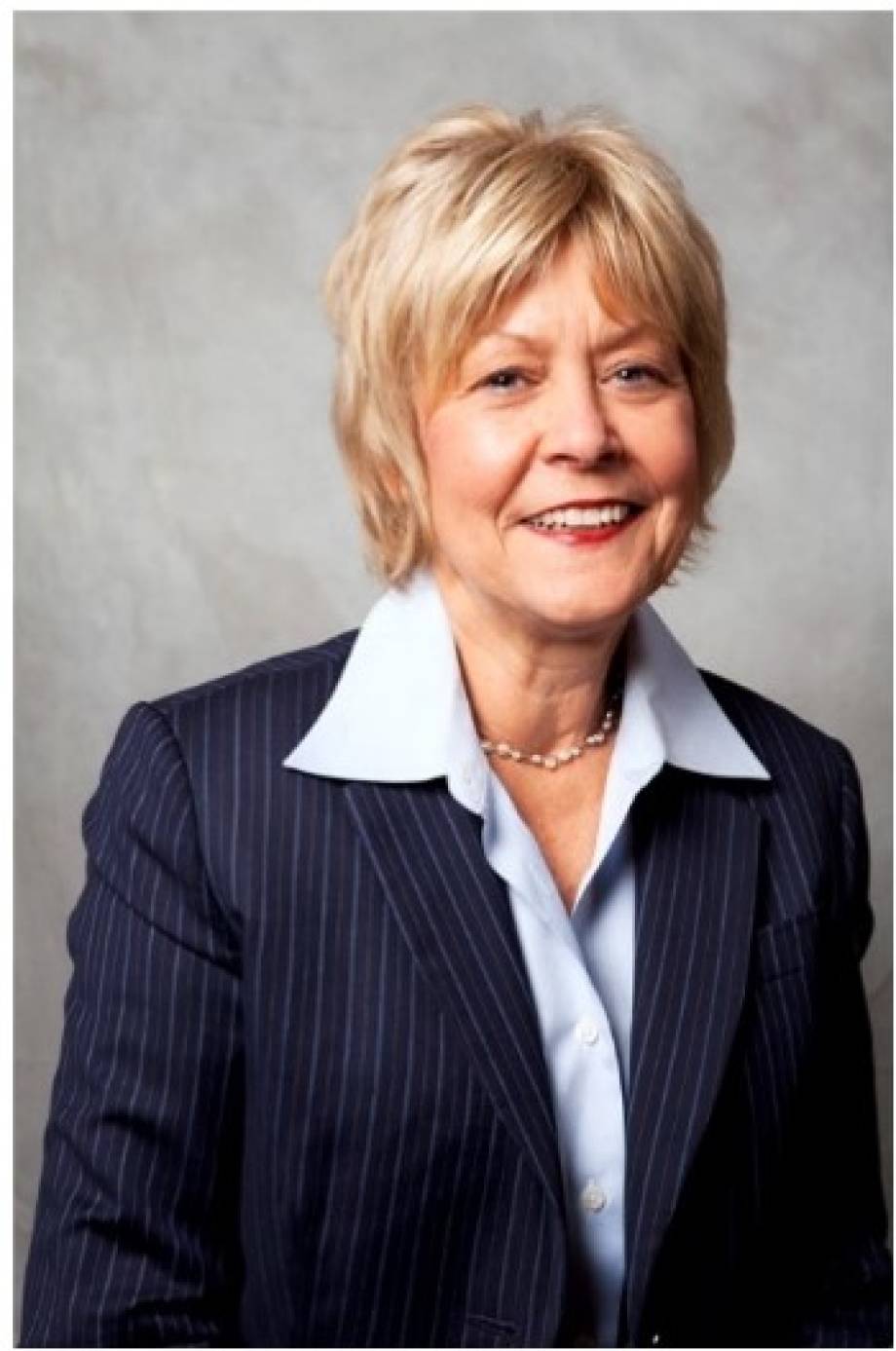 Christie Vilsack has served as a senior advisor for international education for USAID since 2012. Photo courtesy of USAID.

When Vilsack spoke, she was addressing members of the College of Agriculture, Food and Natural Resources’ International Programs Committee as part of a busy day that brought her to the University of Missouri to meet and speak with various on-campus groups as a guest of former MU chancellor Brady Deaton and his wife, Anne, and The Deaton Institute for University Leadership in International Development.

Established as part of the Foreign Assistance Act of 1961, the USAID has an average budget of $1 billion. To the average person, that may seem like a large amount of money, but then she adds that is roughly the same size budgets for the school systems of several large U.S. cities such as Boston, Denver and Milwaukee.

USAID is currently taking part in about 50 projects throughout the world, including the Soybean Innovation Lab in Mozambique and Ghana — a joint initiative between MU (lead by Jill Findeis, the director of the Division of Applied Social Sciences and professor of agricultural and applied economics,) and other universities to help implement soybeans and common beans to help smallholders (especially women). In addition, the MU Assistance Program (UMAP) is a non-governmental organization that facilitates activities in sub-Saharan Africa and is both an implementing partner for USAID and the USDA. Since 2013, CIP and UMAP have facilitated logistics and project management for 17 initiatives in nine African countries.

USAID initiatives fit into one of three categories: teaching 100 million children to read, developing both vocational and soft skills that lead to job opportunities and addressing the needs of those in crisis and conflict areas — from delivering bags of food to finding ways for children to access education (in particular girls or children with disabilities or who lost their parents).

Vilsack was accompanied to MU by Nina Weisenhorn, someone whom she said is “one of the foremost experts in the world on crisis and conflict areas” as a senior advisor on education in crisis and conflict. She also happens to a graduate of the MU School of Journalism.

“I wanted her to come not only to talk to all the people that were going to talk to, but also to make sure students understand that you can graduate with a degree at the University of Missouri in journalism and go off and do anything you want to do with it,” Vilsack said.

With people being displaced from their homes more now than ever before, Weisenhorn mentioned that a refugee spends an average of 17 years outside of his or her country: “So when we talk about crisis and conflict, it’s not a six-month thing where you go in and you set up some tent schools and kids are back into their home schools,” she said.

Getting two large U.S. government agencies to operate in some form of cohesion for the greater good of the planet is a daunting task. But if anyone was qualified for such a challenge, it’s, Vilsack.

Since 2009, her husband, Tom, has served as the top figurehead of the U.S. Department of Agriculture (USDA) as the U.S. Secretary of Agriculture. So when she began working for USAID, she saw an opportunity to try to align the two agencies’ outreach efforts relating to feeding children at school — such as the USDA’s McGovern-Dole Food for Education Program — and their ability to learn. It quickly began a dinner table conversation at the Vilsacks’ home.

“My goal in life is to make sure that Americans understand what we’re doing in a framework they understand.”
―Christie Vilsack

“What good does it do to have us go and spend all of this money trying to teach kids to read if they can’t learn to read because they’re stunted, or they’ve lost the ability?” Vilsack said. “Why can’t we figure out how to do this in the same places so that your nutritional programs who are actually helping kids on a daily basis have the energy to read and in the long-term solving the issues of malnutrition?”

Vilsack said that eventually she was able to get her husband and Rajiv Shah, the former coordinator of USAID, to sit with her and figure out how to build a relationship between the two parties. “And started thinking about where the low-hanging fruit was. And we realized that there was several places where we could really make a difference,” Vilsack said.

After a year of building, the two agencies were able to more closely align some of their missions — in this instance, feeding kids so they can learn to read and getting more girls to attend school — and their standards, in particular in when it comes to monitoring research and providing up-to-date meta-analysis.

A native of Mount Pleasant, Iowa (a small town about 40 miles north of the northeast corner of Missouri), Vilsack said that when she travels to developing countries she usually sees teachers being trained in one-room schoolhouses that resemble the ones her grandmother taught in out on the prairie.

“If I go into a country and don’t get into the rural areas, so I can see what it’s like to be in the small place and see where the teachers are and all of these things, then I don’t felt like I haven’t been in the country or the community,” Vilsack said. “So for me it’s about all of the small acts we take so that kids have some small opportunity to live a better life and help the people around them.”

Vilsack ended her talk with those gathered by saying that Tom was about to embark on a trip to Cuba as part of one of the first USDA delegations since the travel ban was lifted to that country earlier this year. She said that her husband was in middle school during the Cuban Missile Crisis in 1962 (the year that the ban was first put in place). So his trip to Cuba is proof positive that one never knows what can unfurl over time.

“I think of that in terms of the seeds were planting with students in these countries because you don’t who it is who will do something to change the world,” she said.