On the playing field, the 14 member schools of the Southeastern Conference are combatants fueled and divided by competition. Off of it, though, there’s a whole different narrative of unity and empathy that Anna Ball would be glad to tell you about. 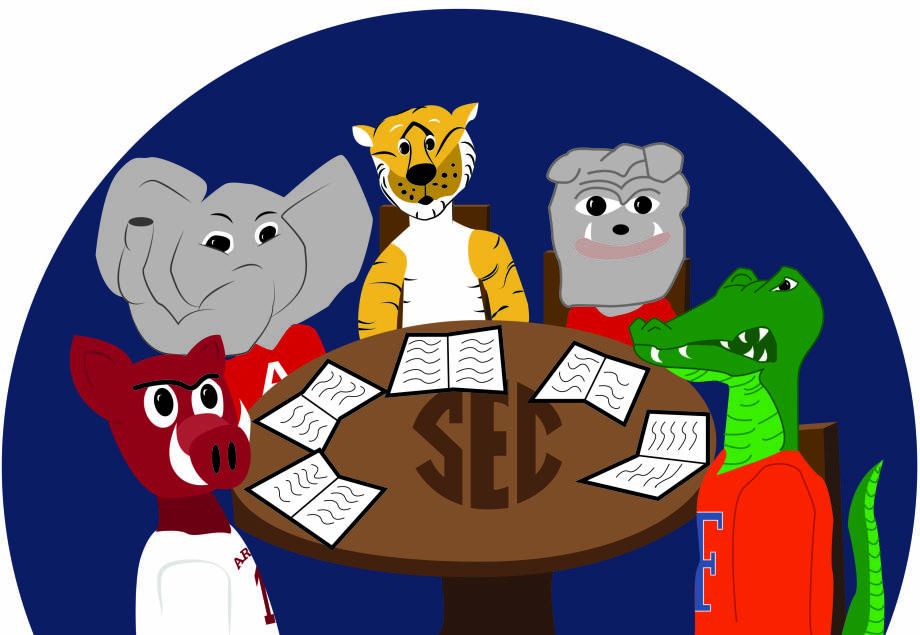 As one of four fellows representing the University of Missouri at this year’s SEC Academic Leadership Development Program (ALDP), Ball attended the most recent workshop in early October at the University of Arkansas, an experience that so far has helped her reflect on how everyday operations work at MU and how they compare to counterpart institutions.

“This is basically the SEC universities saying ‘If you’re thinking about developing yourself for big leadership positions at universities, this is generally how leadership at large universities work,’” Ball said of the ALDP.

Ball, who serves as a professor and chair of the Agricultural Education and Leadership department in the Division of Applied Social Sciences, and the other delegates spent Oct. 5-7 in Fayetteville, Arkansas, to listen to upper-level administrators from Arkansas and other SEC schools talk about the day-to-day issues that they face. Out of the discussion came an official theme: Higher education is a rapidly changing landscape as state support for education decreases across the board. 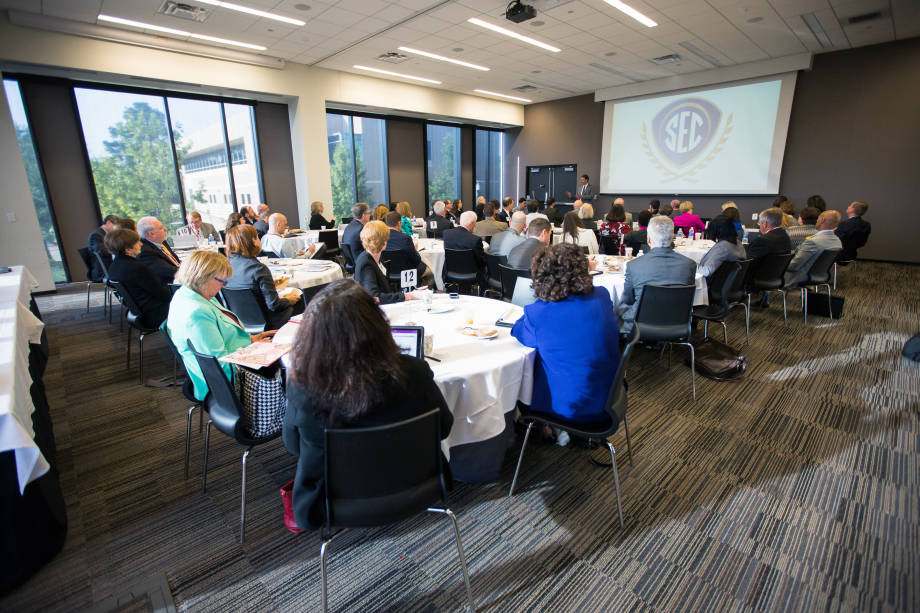 “Universities are really trying to respond to that challenge and simultaneously keep their doors open and provide a quality education to their students,” Ball said. “With that support dwindling, that’s a more challenging endeavor.”

Bryan Garton, associate dean and director for academic programs at CAFNR, heard a similar message when he attended a workshop at Texas A&M University last spring. He wrote down a quote from Karan Watson, the provost at A&M: “As a leader in higher education today, if you’re not influencing change, you’re not leading.”

“The takeaway was if you want to be leader in higher education, you better embrace that change is here and work with it,” Garton said.

When Ball was accepted into the program last spring, she became the fourth CAFNR faculty member to take part since MU joined the SEC in 2012. Garton and Heidi Appel (senior research scientist in the Division of Plant Sciences) took part in the program during the 2014-15 school year. Sandy Rikoon, Curators Distinguished Teaching Professor in rural sociology, took part in 2013-14.

“We’re delighted to have CAFNR play such a key role in the success of the program,” said Patricia Okker, who serves as a senior associate provost at MU and is overseeing the operations of the ALDP at MU this year. “I think it’s always valuable for anyone to get a fresh look at their own institution by seeing how somebody else does something.”

Okker helped co-run the ALDP workshop when MU hosted it October of 2014. The opening dinner of the event was held at Eckles Hall with the food provided by students in the Hospitality Management program. “I think we did a terrific job showcasing our students,” Okker said of the student participation in general.

The ALDP, which consists of two workshops per year at SEC schools on rotating basis, is one several events overseen by the SECU, the conference’s academic initiative that was first established in 2005 as the SEC Academic Consortium (SECAC) and headquartered at the University of Arkansas. In 2011, it moved to the SEC headquarters in Birmingham, Alabama, under its current name. One of its largest offering of programs is the SEC Symposium that take places each year in Atlanta with a large array of speakers from all 14 of the member schools. 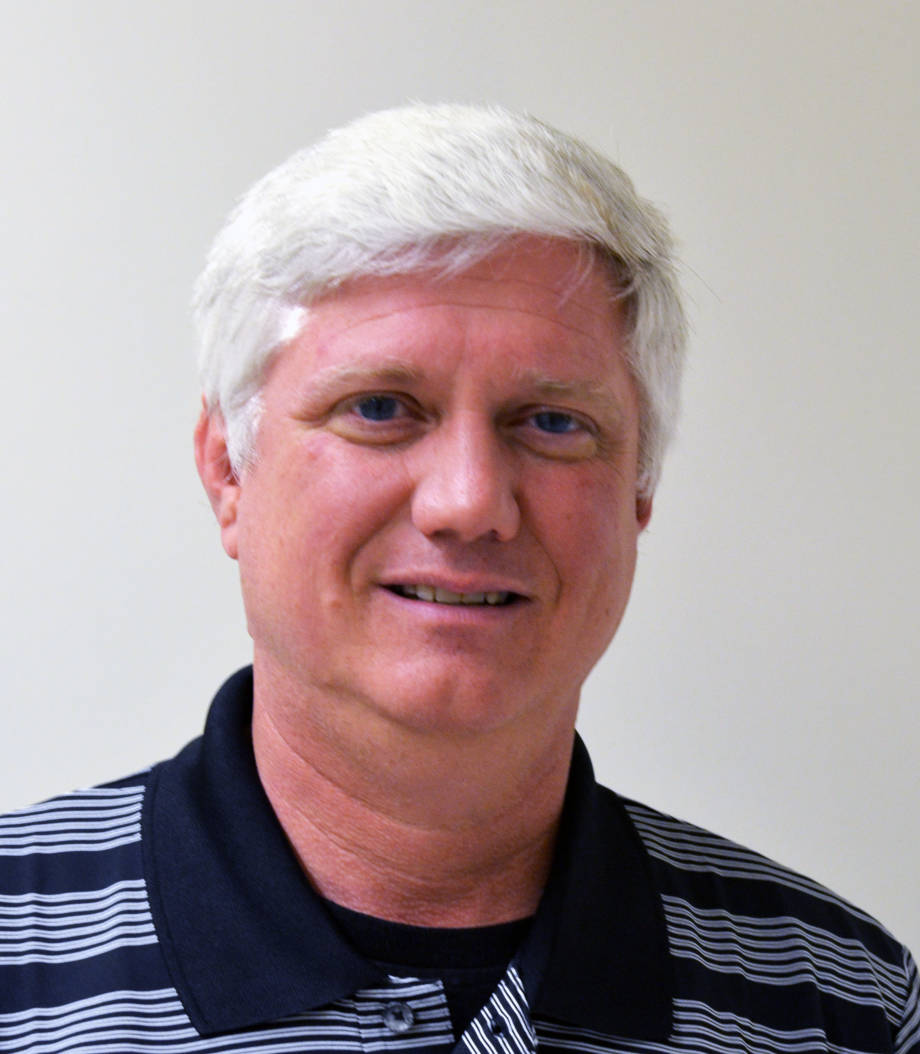 Garton said that when MU joined the SEC in 2012 that all of the multi-layered programming of the SECU came as a “pleasant surprise,” given that the Big 12 Conference did not offer the same type of academic development opportunities.

Leading up to the next workshop at the University of Mississippi from Feb. 26-28, Ball and other members of the delegation — Chuck Henson, School of Law (who also serves as the interim vice chancellor for inclusion, diversity and equity); Debbie Dougherty, College of Arts and Science; Joi Moore, College of Education — are in the process of meeting with several leaders on the MU campus to be able to understand all of the issues faced from a holistic level. Going forward, the four hope to be able to work on an interdisciplinary collaborative project on a to-be-determined subject matter.

Ball and Garton both mentioned how the ALDP is unique from traditional leadership training that tends to focus on the individual rather than on a large group of leaders — and strongly encourage fellow CAFNR faculty members to consider applying down the road.

“It’s different in that you are getting that perspective outside a classroom,” said Ball, who recently returned from a trip with a group of MU faculty from Moscow State University in Russia to help develop online courses in agribusiness management and agroforestry as part of a World Bank-funded initiative. “You’re getting a much larger university perspective. This has been, without a doubt, one of the best leadership programs I’ve been involved in.”

Garton added that it’s important to realize that none of the fellow SEC schools — or any universities for that matter — are isolated when it comes to the challenges in front of them.

“You really don’t get that unless you’re talking with colleagues who are facing the same day-to-day challenges that you face in your job,” he said. “This gives you an opportunity to do that.”