The ninth annual Showcase ran from 10 a.m. to 4 p.m. Saturday, Sept. 26, at the South Farm Research Center and Jefferson Farm and Garden.

“As the number attending Showcase grows each year, it is a strong endorsement of the volunteers that display, entertain, and, most of all, educate,” said John Poehlmann, assistant director, agricultural research centers, and director, field operations. “The two most gratifying things from Showcase were observing the visitors having fun and wanting to see what else there is and having those who volunteered and worked nonstop for six hours tell me how much they enjoyed it.” 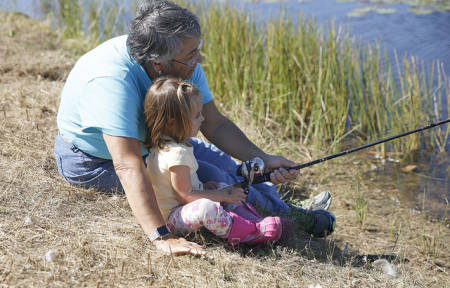 Jefferson Farm and Garden participated in this year’s South Farm Showcase. Guests could fish in the seven-acre pond, pick pumpkins and taste tomatoes.

Jefferson Farm and Garden played a big role in Showcase this year, opening its doors for several activities. Guests could fish in the seven-acre pond, pick pumpkins, and taste tomatoes and peppers.

“Amy Dooley and Leslie Touzeau are a phenomenal team in the new leadership of Jefferson Farm and Garden,” Poehlmann said. “Their grand opening is still months away, but having them as a partner in so many ways allowed us to build on the synergy. Their addition makes a great four-some – with Turf, Main Street and the Equine Teaching Facility – that allows us to host more guests and show more agriculture.”

There were more than 60 venues at Showcase, each with several volunteers. Poehlmann said Showcase wouldn’t be possible without those helpers.

“Without volunteers, Showcase would be a wagon ride to nowhere,” he said. “They are the ones that work to make new and exciting things for our guests to see and learn. Volunteers are the ones that spend hours ahead getting their display ready. Rhonda Turner and Jan Russell have worked for weeks recruiting and Donna Thomas does a great job of organizing needs.

“I was really struck by one comment from a guest, who said our volunteers are amazing in that they are so welcoming and friendly. They said it restored their faith in this generation.” 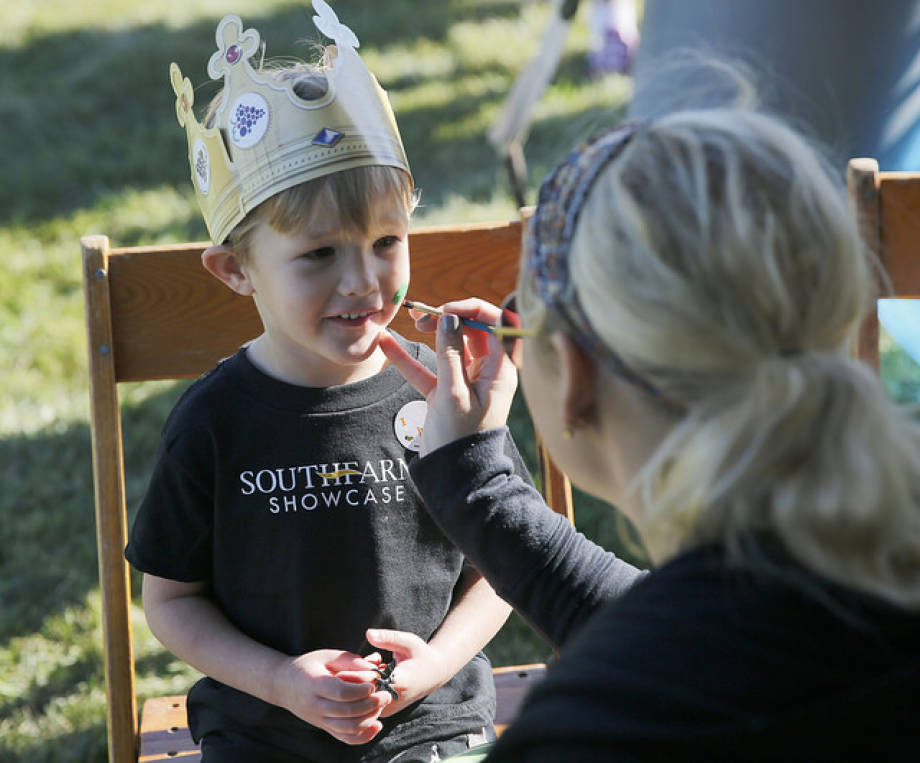 There were numerous activities for children during the ninth annual South Farm Showcase.

Poehlmann added that he talked to several first-time visitors. Those visitors were able to stop by the numerous booths and participate in several hands-on activities.

“Last year, we felt that social media increased the crowd as word spread from those guests who arrived early,” Poehlmann said. “This year, we had people arriving an hour early to scope out their favorite venues. We also had several people attending the event for the first time, which is always nice to see.”

The South Farm Research Center is located in Columbia, Mo. for more information about the Research Center, call 573-882-4450 or email PoehlmannC@missouri.edu. You can also visit their website at southfarm.cafnr.org/.