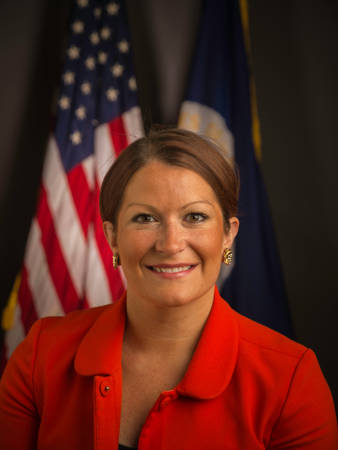 These days, it’s not easy to catch Karla Thieman. As the newly appointed chief of staff at the U.S. Department of Agriculture, the days of Thieman (pronounced TEE-man) include meeting with outside stakeholders, working directly with Agriculture Secretary Tom Vilsack on the budget and dealing with any personnel issues that come up for a federal agency that employs more than 99,000 people. The word that comes to her mind when describing her job? “Unpredictable.”

“Sometimes I feel like I have a bit of ADD because it is so scattered, but I think that shows the broadness of all the issues this department actually deals with and handles,” said Thieman, who graduated from the College of Agriculture, Food and Natural Resources in 2006 with a bachelor’s degree in agricultural economics.

To make things more interesting, she is also getting ready to get married in November, while still finding time to fit in spinning classes and training for marathons by running to and from work along the trail system of Washington, D.C., for an average of four miles a day.

After joining the USDA in April 2014 as a senior policy advisor to Vilsack and then as the chief of staff to Deputy Secretary of Agriculture Krysta Harden, Thieman started her new job on Sept. 18 — and walked right into a possible government shutdown looming in the horizon, forcing her to very quickly learn about all of the many cogs that must be accounted for during shutdown preparation. “The silver lining is that it has been a good learning exercise to learn about all of the various parts and pieces that I didn’t have exposure to before,” she said.

It’s safe to say that the lifestyle that she has embraced in the nation’s capital is a little more hectic than the one she knew growing up on a third-generation family farm in Concordia, Mo., a town that hugs Interstate 70 about an hour’s drive west of Columbia. As the third of four children, Thieman helped her family raise cattle and grow corn and soybeans. When it came to choosing a college, she decided to join the family tradition of being a CAFNR student after her father, grandfather and two sisters followed the same route. 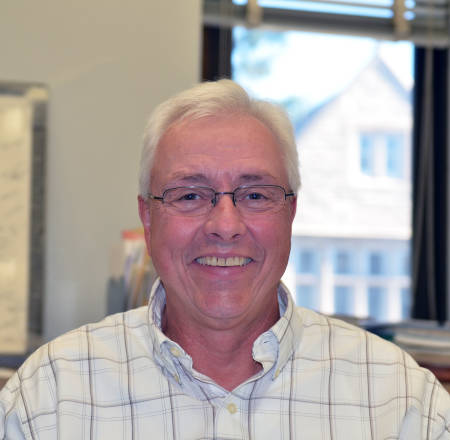 When she arrived at MU, she had visions of getting involved with politics but no defined route — that is until she had a long talk with her advisor, Jan Dauve,  professor emeritus of agricultural and applied economics, at freshman orientation. Dauve introduced her to the Food and Agricultural Policy Research Institute (FAPRI) and made sure that she was enrolled in the freshman ag policy course taught by Abner Womack, who founded the institute in 1984.

“Karla was in the smaller percentage category of those freshmen who had an idea of what she wanted to do when she graduated,” said Dauve, who added he is not at all surprised at her success given the immediate passion and interest she showed as an 18-year-old.

Thieman pointed out how accommodating Dauve was at making time to meet with her during her entire time at MU, a four-year span filled with great memories with her Phi Mu sorority sisters and many days spent studying in one of the quiet alcoves of nearby Cornell Hall. “He continued to guide me on a good path and keep me headed that way,” she said of Dauve. “That’s one of the unique aspects about CAFNR is the quality of the faculty and the student advisors: They really care and they want their kids to stay in ag.”

When she took that first class at FAPRI, she knew she belonged: “It was a lot of former Senate agriculture committee staffers who told Farm Bill war stories every day and it was absolutely fascinating to me.”

She went onto take a semester off to work on the U.S. Senate campaign of Ken Salazar in Colorado, while still managing to graduate on time thanks to Dauve’s guidance. Right out of college in 2006, Thieman worked as a regional field director for the successful U.S. Senate campaign for Claire McCaskill before going on to work as both deputy and statewide field directors for a number of political campaigns both in Missouri and Colorado.

She was working on the U.S. Senate campaign of Mark Udall in Colorado when she had a talk with her supervisor, Brendan McGuire, that would open a door to D.C., by leading her to connections to work for U.S. Senator Debbie Stabenow of Michigan as a staff member on the Senate Agriculture Committee in 2009. “He said to me, ‘Why is a smart kid like you who has an ag background who studied ag working on campaigns and not doing ag policy in D.C.?’ I said, ‘Well actually that’s the end goal here.’”

“That’s one of the unique aspects about CAFNR is the quality of the faculty and the student advisors: They really care and they want their kids to stay in ag.”
―Karla Thieman

Scott Brown, a research assistant professor in agricultural and applied economics, remembered first meeting Thieman in Washington while she was still a student at MU during her semester away from campus. As a dairy and livestock expert for FAPRI who makes trips to Capitol Hill about six times a year, he would go onto collaborate with Thieman (who was heavily involved in all dairy matters for the Senate Agriculture Committee) on several Congressional efforts, namely three years of work leading up to the Agricultural Act of 2014 (a.k.a. the 2014 Farm Bill) that was signed into law in February of 2014.

“She was a very critical piece of getting the 2014 Farm Bill completed, so I wouldn’t want to downplay the role that Karla had very quickly in farm policy,” Brown said. “Right away I would say she was very driven in terms of her goals and it never really has changed.”

Although Thieman loves the life that she has in D.C., she still misses the other Columbia. Before she took her job she was planning on joining Harden on a tour of various college campuses with top agriculture programs. “You have to go to Mizzou, obviously if you’re doing a college tour,” she said. “I was going to go on that. I may still try find a way to piggy back on any trip that anyone makes to Columbia.”

For the time being, though, she will work to help establish policies that will better serve the wide range of issues that surround the USDA, namely how to deal with the issue of the average age of farmers approaching 60 as food production will need to double to meet the demands of a growing global population that could be near 9 billion people by 2050. 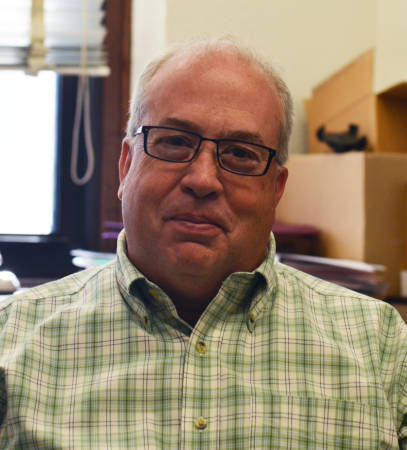 “When you add all that up together, it’s a really difficult equation and we need to find new people who are excited and interested in getting involved in agriculture,” said Thieman. “I think that is something that is going to challenge administrations to come, but I hope that we have filled a solid foundation and that other administrations can pick up that legacy issue.”

Thieman added that the job outlook in farming mirrors that of agricultural policy making, especially in Washington, as an aging workforce leads to opportunities for new graduates from a program like CAFNR to make their mark, just like she did.

When she arrived in Washington, she noted the lack of people there who have a traditional agricultural background like so many CAFNR graduates do. “Our CAFNR students normally do stick out because they do have that background and they are valued in D.C.,” Brown added.

Since 2005, Brown has been teaching a senior ag policy course that takes a trip every year to Washington to see inner workings of policy making at the national level. In recent years, a visit to Thieman’s office has become a regular part of the agenda. “She is always interested in helping CAFNR students,” Brown said.

Like those students who visit her, Thieman encourages any CAFNR students interested in pursuing a career in agricultural policy to seek out opportunities with FAPRI or internships with ag trade associations (all of which have offices in Washington) — but most importantly, to not be intimidated to find ways to affect change at a national level. She said that thanks to FAPRI, those on Capitol Hill have started taking notice of  how many CAFNR students and alumni can be found roaming the halls.

“There are all sorts of really interesting, great jobs in the ag policy space,” she said. “We need that next generation to really be leaders and strong advocates for the industry.”