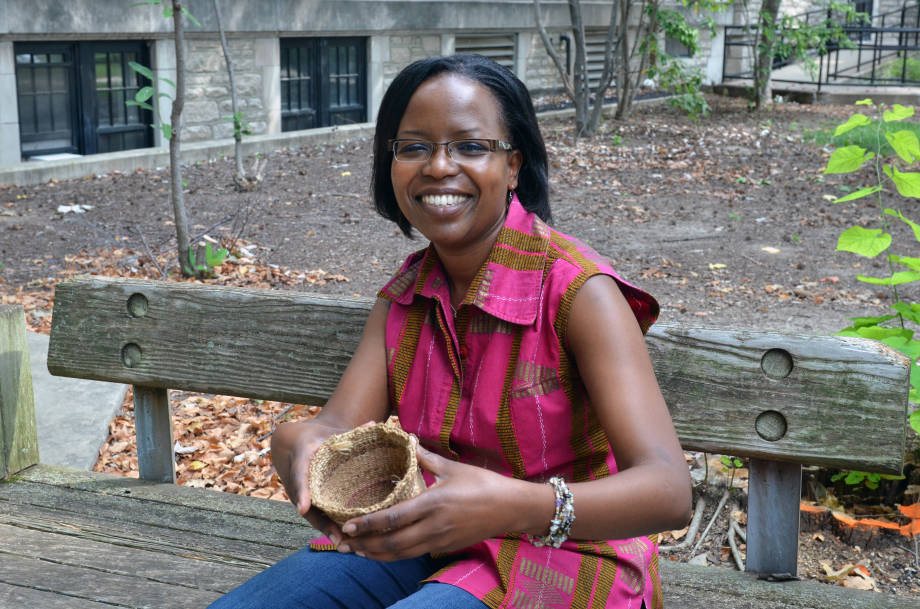 To Fridah Mubichi, the church missionaries who would frequent her hometown of Meru, Kenya, were just people passing through town. She didn’t know their names or their stories — not until she had lunch with Rodney Fink, that is.

“It’s not like you take pictures with everyone and save them,” says Mubichi, who is working on her doctoral degree in sustainable development through the Division of Applied Social Sciences in the College of Agriculture, Food and Natural Resources. “I grew up around missionaries and they came in in hundreds every year, so you don’t really think much about it until you come across someone who tells you that they’ve been into Maua… You’re like ‘Oh,  really? I lived there.’” 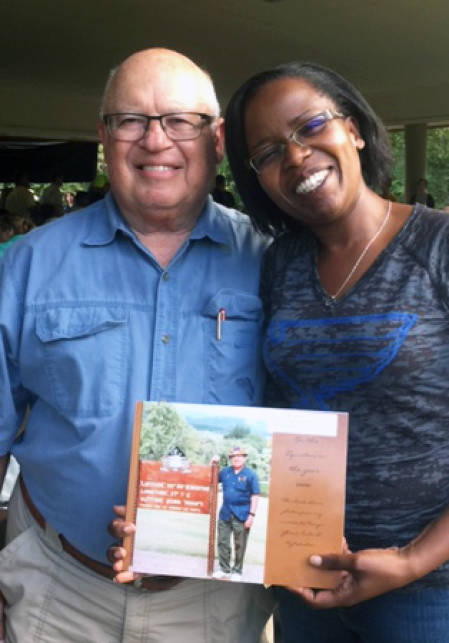 That would be the compound surrounding the Maua Methodist Hospital, where her mother, Florence, worked as a nurse and educator. As she sat with Fink, the two were amazed at how interconnected their worlds were, starting with their joint membership in the Methodist Church — and it only got more interesting from there as the multiple layers began to unfurl.

Fink, a CAFNR graduate who earned his bachelor degree in 1956 in general agriculture and his master’s degree in plant science in 1962 and a Ph.D. in 1966, was in town in the spring of 2014 to meet Mubichi after being touched by a letter she had written him about her experience at the World Food Prize festivities in 2013. Her trip to central Iowa was made possible by the Dr. Rodney and Bertha Fink Opportunities for International Women Scholarship.

That story begins in the mid ’80s with Fridah’s uncle, Lawi Imathiu, who at the time served as the bishop of the Methodist Church in Kenya. He shared a vision with others in Meru to construct a private, Methodist university in town to serve as another viable education option for an area with far too few public colleges given the growing population of the country’s collective youth. 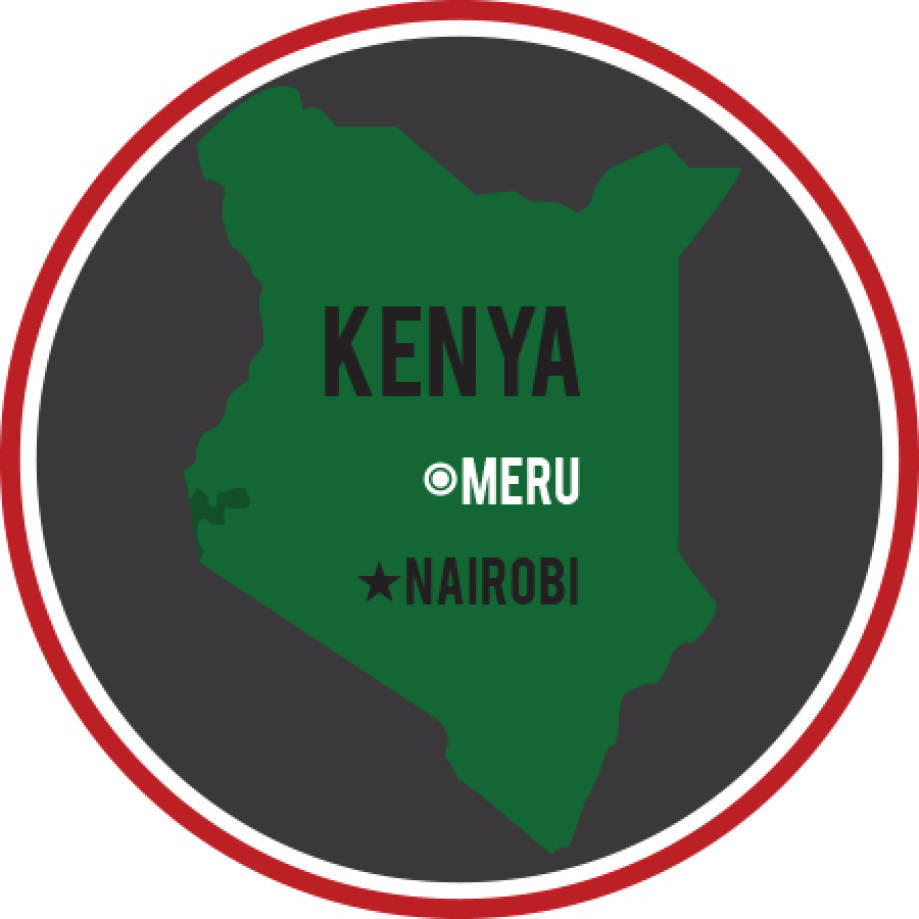 Eventually Imathiu’s idea took root. Community members began doing work at a discounted rate to start to create an actual campus with buildings — including Fridah’s father, Stephen, who worked in the construction and transportation industries. The Global Board of Global Ministries of the United Methodist Church also started providing a wave of contractors to assist with the project, including an American agricultural engineer named Don Cobb. Cobb worked closely with Fridah’s father, the treasurer of the project, to help build an infrastructure that would pipe water from the nearby Mount Kenya Forest to the university.

As fate would have it, Fink had stayed with Cobb and his wife in the summer of 2000 as a volunteer with the General Board of Global Ministries to help with that specific project. Fink remembers interacting with Imathiu, but does not remember directly meeting Fridah’s father.  Fridah and Rodney met recently when Fink was in town for the CAFNR Tiger Ag Classic golf tournament and steak fry. He brought photos from his travels to Kenya — he’s been four times since 1993 — to see if there were other faces that Fridah would recognize.

After the school, Kenya Methodist University, officially opened in 1997, Mubichi would later teach several classes in international business and marketing and other related topics from 2007 to 2009. 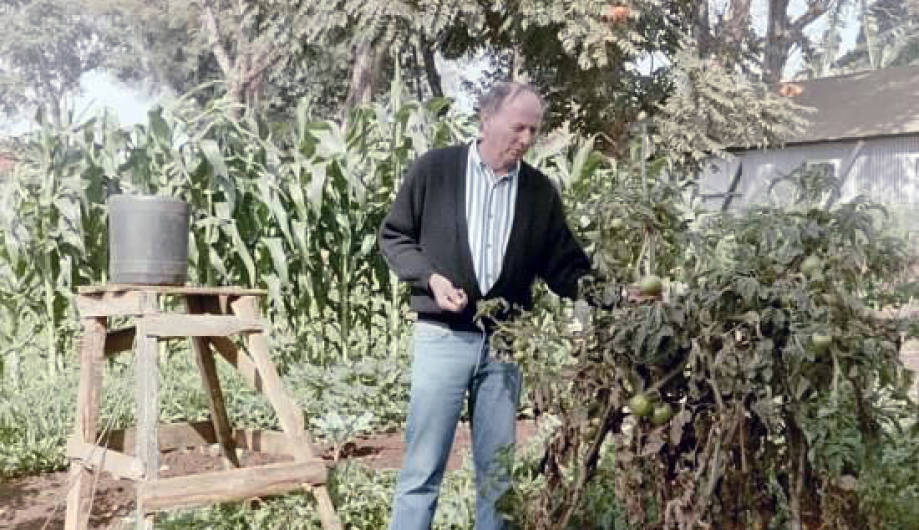 Don Cobb worked as an agriculture engineer who helped build the water system for the Kenya Methodist University. Photo courtesy of Rodney Fink.

Fink and Mubichi share more than photos of Don Cobb. They share a common belief that more has to be done to uplift the women of Sub-Saharan Africa and other developing countries. During his travels to Africa as both a church mission volunteer and in an academic role representing Western Illinois University and the U.S. Agency for International Development (USAID), Fink has been to at least 12 African countries since he first went over to Equatorial Guinea and Cameroon in 1984 to help build a cooperative development program.

“Women in developing countries are involved in most of the businesses, and in most of the farming… yet they have the fewest opportunities for development assistance,” Fink says. “I’ve worked in many, many countries and I’ve always found that the women were the last ones on the list whenever students were being sent over to study abroad.”

“He realized that women were always at the bottom of the ladder in terms of receiving any support,” Mubichi adds. 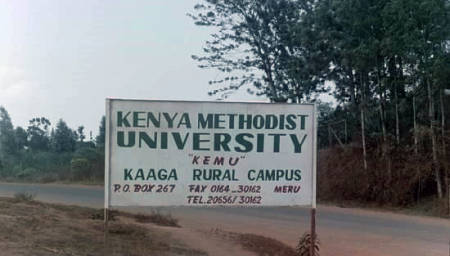 Rodney and his wife, Bertha, first started a similar scholarship to the one that funded Fridah’s trip to the World Food Prize at WIU, where he had worked from 1968 to 1993 (including 16 years as the dean of the school’s College of Applied Sciences) to provide assistance to women from developing countries.

They decided to set up a similar scholarship at his alma-mater in November of 2013. Two other CAFNR students, Yemisi Jeff-Agboola, from Nigeria, and Trang Nguyen, have also received the scholarship.

Fink felt compelled to start a scholarship with CAFNR based on one instance back in January of 1955. He went in to speak with Allan Purdy, the then-assistant to the dean, with a heavy heart.

Fink told Purdy that his father had suffered a heart attack the previous August and how that situation led him to help out on his family farm near Oregon, Mo., during the fall semester. Purdy asked him how much he needed to get through the spring semester. The answer was $300. Purdy wrote a check for that amount with a promissory note that he would pay it back, but with no interest or due date. The money allowed him to work less and graduate with his class in 1956. He quickly paid the loan off after graduation. Purdy also helped Fink find a part-time job to help the expenses as well.

“I’ve never forgotten this act of kindness and concern that was a great help to me at the time,” Fink says.

Mubichi, too, knows the joy that comes from paying it forward. In addition to working on her doctoral degree, she oversees the operations from afar of a nonprofit organization in Kenya, the Miriam Kanana Mubichi Foundation, which focuses on ways to promote sustainable social and economic development in eastern Kenya.

MKMF, as it is known, became the result of family grief turning into community bonding. Fridah’s middle sister, Miriam, was killed in 2003 by an unlicensed driver who was trying to flee authorities. After her death, the family read her journal, unveiling the idealistic thoughts of a very conscientious 25-year-old graduate student who had one semester left in her finance degree. 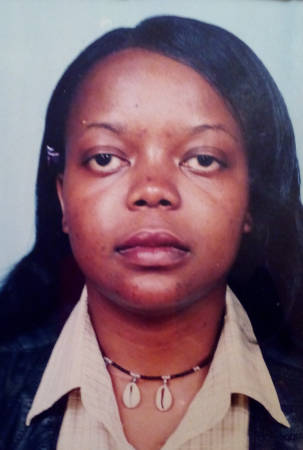 “In her ideal world, she was determined not only to change the situation, but she would tease everybody and say she’s going to be the finance minister,” Fridah says. “She wanted to make a difference and education was such a big part of her life.”

Her story went viral across the country, prompting even Kenya’s finance minister to show up at her funeral, among the throngs of people who Fridah and her family did not recognize who showed up to pay their respects. It turns out that Miriam had provided counseling and other resources for many area impoverished children.

The foundation was established by what was in Miriam’s savings account but was quickly bolstered by community and international contributions, allowing the foundation to help provide scholarships, school renovations, water wells, feeding programs and free medical camps.

The impact that Miriam made played a large role in Fridah shifting her professional and academic focus from business and marketing to proceeding down her current path as a graduate research assistant who is part of the team helping Jill Findeis, the director of DASS and professor of agricultural and applied economics, to implement soybeans and common beans to help smallholders — especially the women — of Mozambique. When Fridah found out about the various DASS programs devoted to Africa, it was a perfect match. “They get what I’m trying to do… The village. The connection. The application,” says Fridah, who is advised by David O’Brien, professor of rural sociology.

“I think she’s a young woman who has tremendous ambition and desire to pass on knowledge and I think she probably has and will continue to make numerous contributions to those she works with,” Fink says of Mubichi.

Fridah’s work in Mozambique has circled back to an issue that she faced while working with her various organizations based in Kenya: The inability for new innovations to be implemented into the overall social infrastructure.

“This has been a thing that really fascinates and drives my research,” she says. “Why is it that communities do not adapt new innovations? The soybean again is an innovation, so why are smallholder farmers and women not adapting soybeans while they’re told that they’re good for them?”

Mubichi encountered a similar instance in 2008 when she tried to spread the idea of making baskets out of fiber from banana plants to the women of Meru. The new way would be a more sustainable alternative to the commonly used material of sisal, which is only grown to make such goods. She talks about the baskets as she cradles one in her hands. “To me, this is what tells my story, as silly and small it is.” 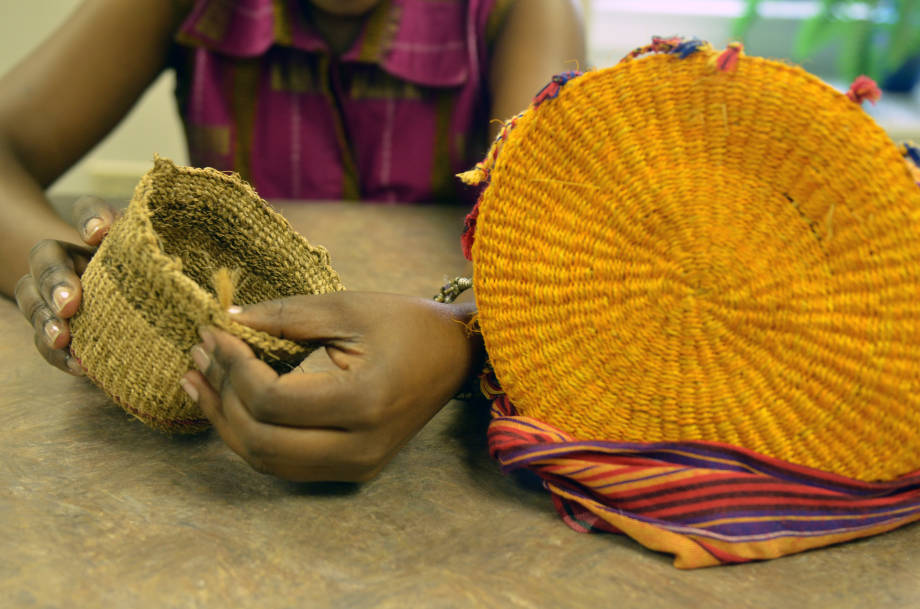 Fridah Mubichi holds a basket composed of banana plant fibers next to a traditional basket made from sisal. Photo by Stephen Schmidt.

When she looks at the basket, she sees the elderly woman who are working on preserving many of the old traditional Meru trees and culture, as well as an opportunity for women entrepreneurship. “The cows don’t like it that much,” Mubichi says of the banana stem. “They only eat it when they’re hungry, so it was kind of turning trash into treasure.”

Under Mubichi’s guidance, MKMF is again working with a group in Meru to try to get them back to making the banana baskets as she refuses to give up on trying to make her people more independent.

When she finishes her degree at MU in December of 2016, she plans to go back to Africa with the hope of being able to “help form the next policies that will drive its own evolution” from the continent expecting foreign help to being able to take care of itself through new ways of thinking  — so maybe one day the Rodney Finks and Don Cobbs of the world can visit Meru simply as old friends.

“I see Africa, our people, impacted by so many things that I think can be addressed in smaller steps,” Fridah said. “Africa does not need a savior. Africa needs people who will guide it to what is right.”

Miriam would be proud.