Those classes are about to get a whole lot more interesting.

A new Doppler weather radar was installed in late June at the University of Missouri College of Agriculture, Food and Natural Resources’ Jefferson Farm and Garden.

The radar is owned and operated by MU – and opens several doors for research, hands-on learning and a bevy of other information.

“This will let me use local data, which I control, to show students different information,” Fox said. “This will give the students the opportunity to work directly with a radar, maybe even control it themselves for class or research projects. Normally we get the radar data from another location and study it. This allows us to gather our own data in our area.

The radar is part of a National Science Foundation grant. The $20 million grant will fund a five-year project spread across several institutions. 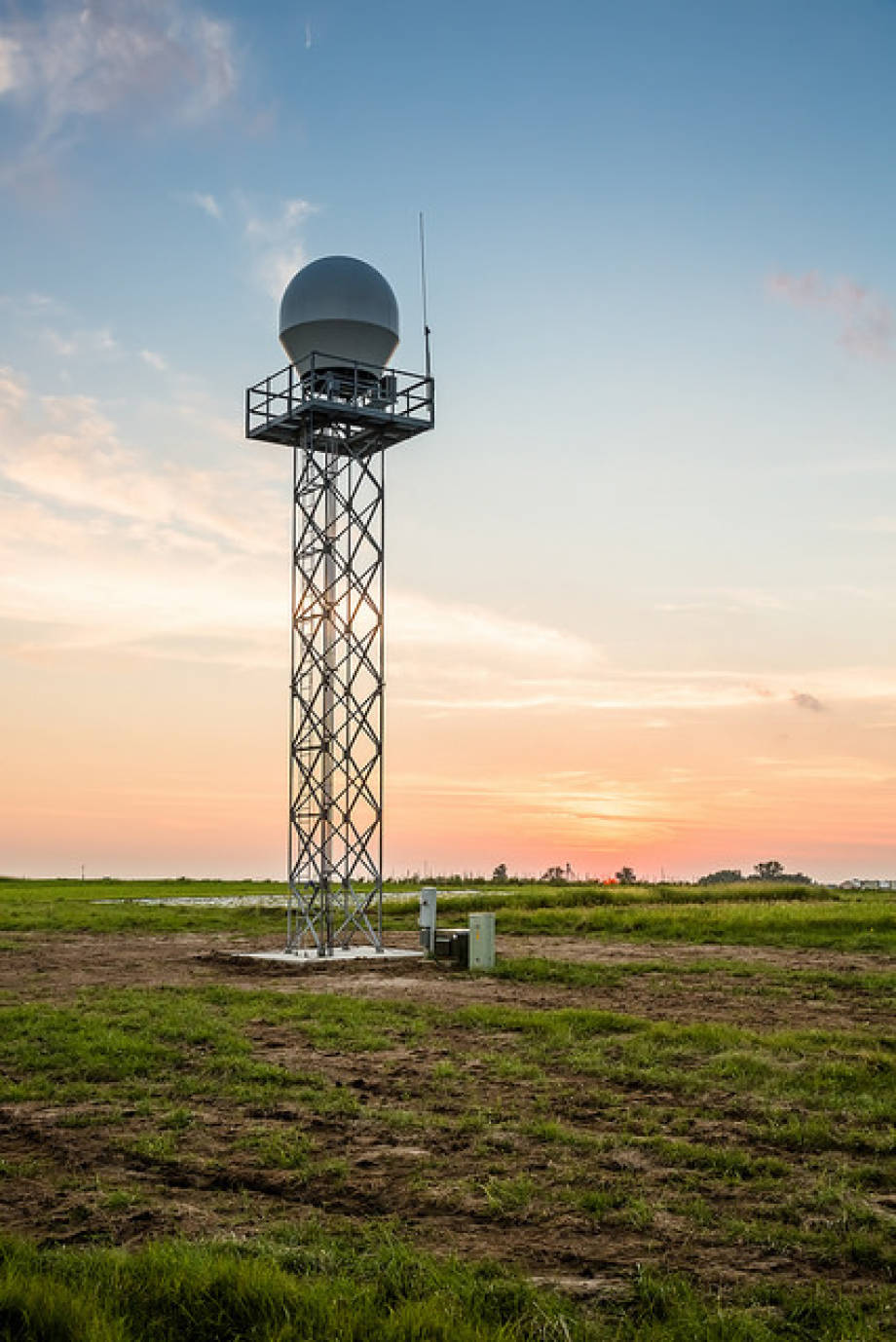 “That grant is looking for connections between climate, plant development and plant performance,” Fox said. “It’s looking to increase understanding and develop strategies.”

The proposal for the radar was made two years ago. It received the funding last year. Bids for the project were approved in late March.

The building process went quickly, as the radar was up by the end of June and functional by early July.

“Right now, we’re working on streaming the weather data so people can access it,” Fox said.

Collecting that data is one of the many things the radar can be used for. It not only monitors rainfall, it can tell what type of rain is currently coming down. It gives out wind information and can differentiate between types of precipitations. Fox added that the radar could even pick up bugs in the atmosphere.

“This is a state-of-the-art radar,” he said. “It isn’t like the radar they use at television stations. It’s similar to the weather service radars, but it works a little differently. It provides a lot more detailed information about what’s going on in the atmosphere.”

Fox said that Columbia is in an interesting spot. The closest National Weather Service radar is in St. Louis, Mo. While Columbia does get good readings from that radar, the city is far enough away that those readings don’t always show what’s happening near the ground.

“We’re not close to being unique in that regard,” Fox said. “However, this kind of radar can give us more information and improve storm warnings in this area. We’ll provide that information to others to see if they want to use it or if it will improve what they have.”

Fox said they wouldn’t be doing the same job that the National Weather Service does, however, the radar could provide more information to aid NWS.

“Hopefully we can work with them,” Fox said.

Fox actually operates the radar from the desk in his office. Along with classroom data, he said the radar would allow MU to do more in-depth research.

“Hopefully it can lead to further funding for other projects,” Fox said. “We’re one of few universities now that has this kind of instrument. It gives us an opportunity to work with other institutions or groups.

The radar will be officially dedicated during the South Farm Showcase Saturday, Sept. 26.

For now, Fox said he’s learning something new about the radar nearly every day.

“I’m sure it can do things that we haven’t even thought of yet,” he said.