The University of Missouri’s Center for Agroforestry put together another successful Agroforestry Academy in late July.

This is the third year the academy has been offered to individuals interested in learning more about agroforestry. The purpose of the weeklong academy is to show the many opportunities agroforestry offers through classroom work and farm visits.

Individuals also took part in a case study of a farm. 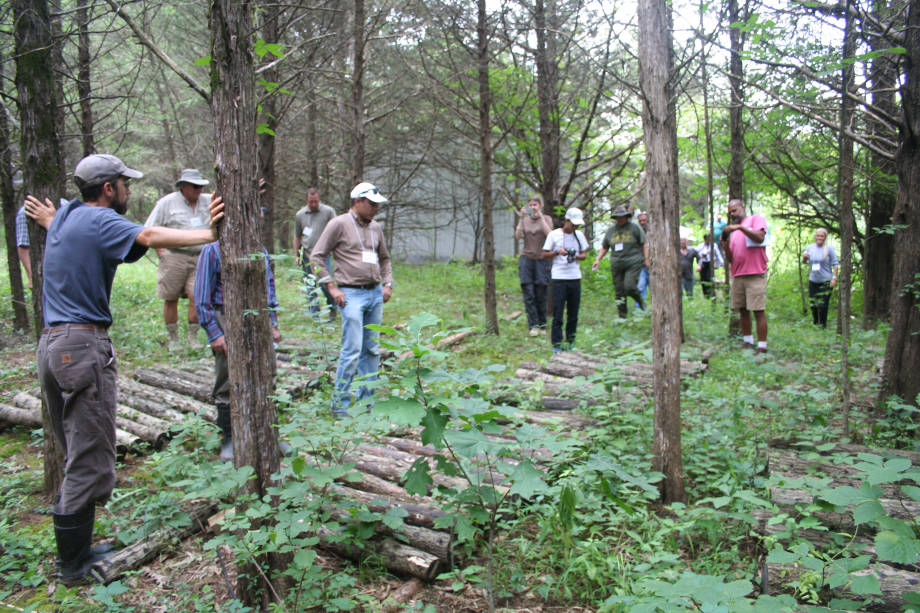 Participants of the Agroforestry Academy traveled to numerous farms during their weeklong stay. Photo courtesy of the University of Missouri’s Center for Agroforestry.

“We’re trying to create a network of knowledgeable people,” said Michael Gold, associate director of the Center for Agroforestry. “This is an opportunity to go more in depth. We try to put a lot of content in a week.”

This year’s event was a little different than in past years. The Center for Agroforestry welcomed 10 military veterans who received scholarships to attend the academy through the “Armed to Farm” program, established through a competitive grant from the National Institute for Food and Agriculture. Shibu Jose, director of the Center for Agroforestry, partnered with colleagues from the U.S. Department of Agriculture Agricultural Research Service’s Dale Bumpers Small Farms Research in Arkansas and the University of Arkansas, Fayetteville, on the grant. The program provides farm-training opportunities for military veterans.

“We were delighted to be able to provide scholarships to military veterans who either are or want to be farmers,” Gold said. “It was great. Some of those folks were younger; some of those folks were over 55. They all brought great questions, enthusiasm and a lot of sincerity. They were willing to engage us. It brought a whole new dimension.”

Comadora “Butch” Ferguson, Richland, Mo., attended the academy with his daughter. He served in the Army for 29 years and has started farming full time, raising poultry, bees, hay and cattle. He received one of the scholarships.

“I was looking for a unifying concept for all of the stuff we wanted to do,” Ferguson said. “As we added stuff to our portfolio, (Michael) Gold came down and talked at the Veterans to Farmers workshop in Fort Leonard Wood.

“He talked about agroforestry – and that struck me. I thought that could be our unifying concept for our farm.”

Agroforestry is the science and practice of intensive land-use management combining trees and/or shrubs with crops and/or livestock. Practices help to diversify products, markets and farm income; improve soil and water quality; sequester carbon, and reduce erosion, non-point source pollution and damage due to flooding; and mitigate climate change.

Classroom work was done during the morning hours, with farm visits coming after lunch. Gold said they tried to visit as many farms as possible to give the 25 participants a strong overview of the different ways agroforestry farming can be done. The group looked at alley cropping, forest farming, and an elderberry orchard, among other things.

“They got to see people doing very different things in very different ways,” Gold said. “Everyone has different goals with agroforestry. We wanted to show them the diversity.”

The case study took place on the family farm of Luke Linnenbringer. Participants broke into groups of five and met throughout the week to discuss ideas to apply to his farm. On the final day of the academy, each group presented their plans to Linnenbringer. He, in turn, gave them feedback on their suggestions.

“Luke came out to some of the evening sessions, too,” Education and Outreach Coordinator Gregory Ormsby Mori said. “It was really helpful. It was great.” 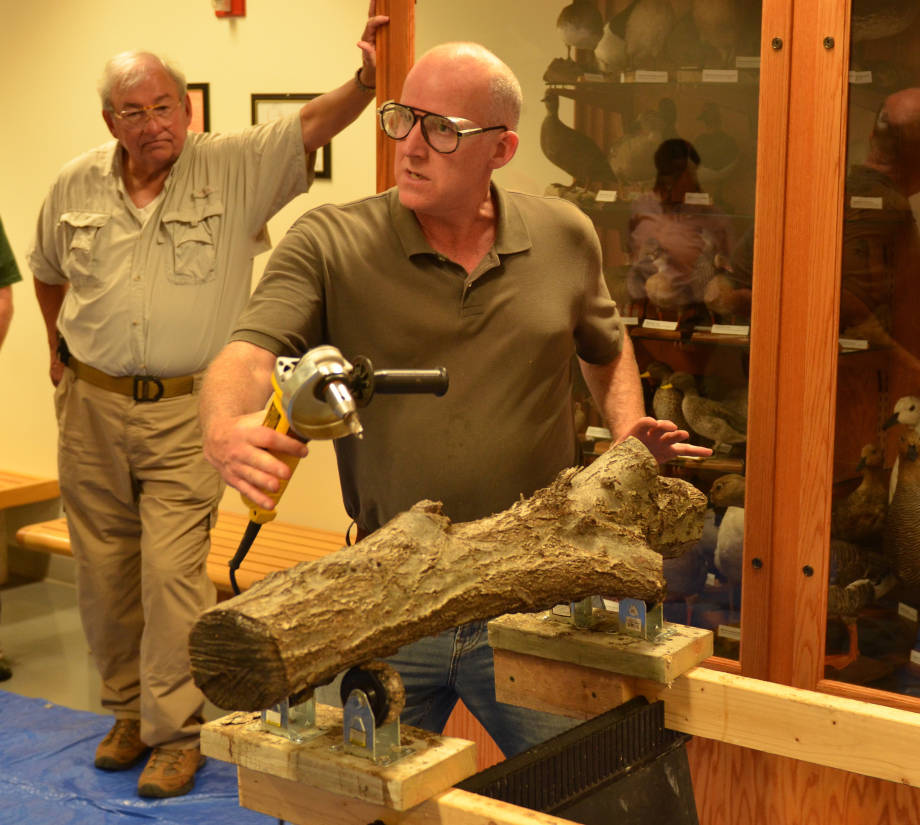 Program Coordinator Gregory Ormsby Mori was one of several presenters during the weeklong Agroforestry Academy. Photo by Logan Jackson.

Individuals traveled from across the United States, including California, Connecticut, Indiana, Illinois and Kansas, to attend the academy. The event even included someone from Canada. Kalina Velez, Thunder Bay, Ontario, attended an agroforestry conference in Iowa and learned about the academy.

“This was super exciting,” Velez said. “It was a great place to connect with people and network. It was great to get that motivation. It was really positive.”

Each night of the academy also included a time of open discussion. Participants could share their farming experiences and bounce ideas off of each other.

Chris DeJoe, St. Louis, Mo., also received one of the military veteran scholarships. He served in the Army for nearly eight years. DeJoe is focused on providing the healthiest produce possible – for people and the environment.

“The academy was highly beneficial,” he said, “and it was too short.”

The academy ended with a discussion of educational opportunities and certificates were given to each of the participants.