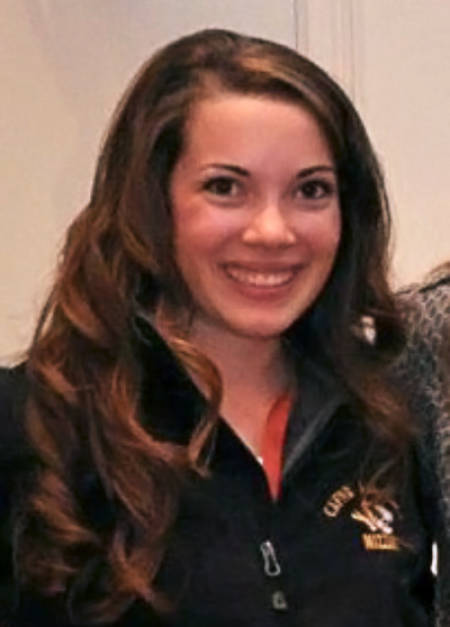 n August of 2011 Kaitlin Flick’s parents helped her move into room 611 of Schurz Hall from her hometown in Pleasant Hill, Mo. This is the day she became the third generation of her family to become a tiger and it is her favorite MU memory.

Her family’s MU legacy began when her great uncle Andrew Kessler attended MU until he was drafted. Her parents, Steve Flick and Janice Parris, met on campus as students and graduated in 1980.

“Becoming an MU tiger was something I always dreamed about,” Kaitlin said. “I wanted to carry on the traditions that my parents instilled within me.”

Growing up, she remembers hearing about her dad’s memories in CAFNR and his membership in the MU Independent Aggies. Now, Kaitlin is making her own MU memories. She just received her undergraduate degree in plant science and her career goal is to educate community members about agricultural issues. Flick will start her graduate degree in agricultural education this fall.

Kaitlin has been involved in Sigma Alpha, a professional agriculture sorority, Agronomy Club and CAFNR Ambassadors. For two years she has worked as a CAFNR Student Recruitment Intern and she studied abroad in Germany with the Ag Systems Management Club.

She said she would encourage other students to attend MU because of the personal faculty interaction, award-winning research and campus traditions. Kaitlin’s favorite tradition is to remove her hat while walking under the Memorial Union archway because both of her grandfathers served in the military.

“I cannot wait to walk across the graduation stage in May knowing my parents did the same thing 35 years ago,” Kaitlin said this spring. “When I reminisce about all of my Mizzou memories there’s not one that I frown upon. I will cherish every minute I was here.”