For sake of simplicity, Jake Hirniak says that he is from Kirksville – but that can change.

“I claim a couple of other home towns depending on how I’m feeling that day,” said Hirniak, a senior who is majoring in agricultural economics. 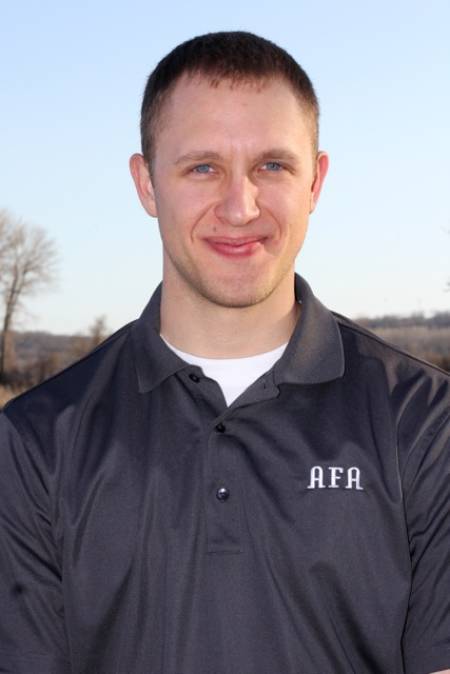 As the son of a colonel who served in the U.S. Army for 28 years, Hirniak has had his fair share of new addresses. When his parents decided to buy about 600 acres in the Kirksville area and start out with some row crops and cattle, Hirniak found himself drawn to the stability of finally calling a place a permanent home.

“I like the mentality of agriculture as far as you get to reap what you sow,” he said. “I knew agriculture was what I wanted to do. I’m just not exactly sure how I want to insert myself in the agricultural industry just yet.”

Hirniak is one of eight University of Missouri students who have been chosen to attend the Agriculture Future of America (AFA) inaugural Crop Science Institute July 19-21, when more than 70 students from agriculture programs throughout the country will converge in central Iowa to take a holistic perspective on all matters relating to crop production.

“I think what makes it unique is you’re going to get the science of growing crops, but you’re also going to get the business side of crops as far as learning how the commodity market works, the seed industry, and all of the other inputs that go into growing something,” said Hirniak, who is currently in the midst of an internship with Dow AgroSciences, primarily selling Mycogen Seeds as a sales representative in the three-state area of Missouri, Iowa and Kansas after serving on the AFA Student Advisory Team from March 2014 to February 2015.

“What we’ve done is we’ve begun to react to student feedback that have more of an interest in drilling a little bit deeper into an industry segment,” said AFA President Mark Stewart. 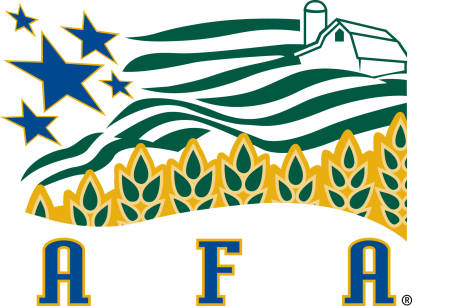 When it came to crop science, student interest was complemented by the enthusiasm from an array of prominent partners within that particular industry, including Monsanto, DuPont Pioneer, Valent and Winfield – all of which have a presence in Iowa.

Stewart added that, unlike the other three institutes that will traditionally be held in the three original cities, the Crop Science Institute will rotate geographically to reflect the vast array of climates found throughout the nation. The event will be held in a to-be-determined locale in California in 2016.

The institute will begin Sunday, July 19, with an executive panel Q-and-A session, followed by a networking dinner. Monday’s activities will include a broad range of facility tours of the institute’s main sponsors “to give the students some diversity in career exploration in the industry,” Stewart said. That will be followed by an industry dinner with all those who lead tours at plants and facilities earlier in the day. Tuesday’s agenda includes crop professionals’ roundtable discussion followed by breakout sessions focusing on biotechnology and information technologies.

One CAFNR student who won’t have far to travel will be Haley Thompson, a senior who is working as a retail sales and marketing intern at Helena Chemical Company in Creston, Iowa, just a quick drive from Des Moines. Thompson first became involved with AFA in high school as a community scholar in Ludlow, Mo, through the FFA chapter in Chillicothe, Mo.

She is one of a group of students who are a part of the AFA 40 Chances Fellows program, which in partnership with the Howard G. Buffett Foundation, provides select opportunities for students with an interest in helping solve global food security issues. She is looking forward to the hands-on experience the institute will afford.

“I would like to have as many chances as I can get to be able to be out in the field with professionals and listen to what they have to say and to be able to take that with me wherever I go – especially back to my internship,” said Thompson, who will encounter agriculture firsthand in Bolivia in January as part of the capstone experience for the 40 Chances Fellows program.

After responding to an email announcement of the program last fall as a freshman, Jaime Luke earned a scholarship to attend the AFA Leaders Conference – and was hooked. 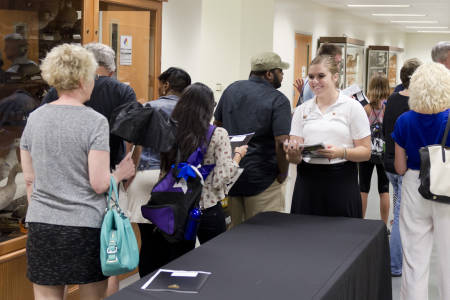 “It was cool to talk to students from other parts of the U.S. who did agriculture but worked completely different products,” said Luke, who grew up around her share of corn and beans on a farm in Stanberry, Mo.

Aside from the professional connections and other benefits, Luke has derived stewardship and civic responsibility from AFA events when it comes to finding new ways for the agriculture community to adapt and evolve in a changing world.

“It’s real important to be really knowledgeable about agriculture at a time when a lot of people are not even remotely related to the family farm anymore,” said Luke, who is spending her summer as Summer Welcome peer counselor for CAFNR. “So just having that knowledge so I can share it with other people… I think it’s important.”

Jared Spader graduated from CAFNR in 2000 with an agricultural economics degree, yet the time he spent as a student in AFA still remains fresh in his mind. Spader served on the second and third editions of the Student Advisory Team. He directly credits two of the internships while at MU to connections he made through AFA. Spader currently serves as the vice president of strategy and business development at AgCall, a consulting firm that helps provide staffing needs for all facets of the agriculture industry. In his line of work, AFA graduates have become valuable commodities themselves.

“You get a young person who steps into the workplace who ultimately can contribute faster to your business and better,” Spader said. “And all of us who have had to hire… we know there’s a ramp-up time to be a very good employee. There’s a shorter window for that with AFA students and it’s a great thing.”

Spader added that when he asks human resources professionals at various companies about what keeps them up at night, responses generally go back to the fact that 10 to 50 percent of their workforce will be retiring in the next five to seven years. This exodus equates to an expanding opportunity for plant science graduates that grows bigger by the day.

“The world of opportunities for plant science graduates and people interested in that type of thing is more or less limitless,” Spader said. “So if anybody has a technological bent or a science bent who is looking for job security as well has an interest in a career where you’re doing some great things for the planet, for society as a whole… I think it’s just a wonderful opportunity.”

Getting a head start

Reid Smeda, a professor of weed science who also serves as the director of undergraduate programs in the Division of Plant Sciences, echoed Spader’s thoughts on the job market: “There are more jobs available in plant science than we have students that we can put into them.” He added that interest in crop management (one of four emphasis areas along with breeding, biology &  biotechnology; horticultural science and design and turfgrass science) has been steadily increasing for the past six years.

In addition to an aging workforce, the challenge to produce more food on a global scale with less resources has shifted the industry’s focus from traditional matters such as fertilizers, pest management needs and nutrition, to genetic manipulations and the drive to create plants that can withstand a barrage of unfavorable conditions.

“So how do we produce more food on less acres?” Hirniak said. “That’s what it comes down to so in order to do that we need bright-minded young people to invest their time and their education to figure out how we’re going to make that happen.”

Through an assortment of research and internship opportunities, it is never too early for students to start helping to answer that challenge at CAFNR. Freshman can take part in the FRIPS (Freshman Research in Plant Sciences) program, which enables them to help with research taking place at the MU Bond Life Sciences Center.

As part of graduation requirements, undergraduate students within the Division of Plant Sciences must complete a capstone experience within the last 45 credit hours of earning their degree. The capstones usually consists of an off-campus summer internship or research project on campus with a faculty mentor, working alongside other faculty members, graduate students and postdoctoral researchers.

With this program and other opportunities available to CAFNR students, Smeda said that it was not uncommon for undergraduate students to have as many as three internships while at MU.

“They get a tremendous exposure I think over the course of their studies here, which then really sets them up to go out and interact with folks in the industry,” said James English, interim director for the Division of Plant Sciences. “There’s a really strong framework for introducing the undergraduates to the issues of the day and also getting them involved to contribute to solutions and learning how that’s done.”