It is 1 in the morning and a winter storm is rolling through that could easily cause a huge down swing of the temperature of your poultry barn where thousands of turkeys reside. What do you do?

If you’re Austin Kliethermes, nothing. That’s because he has the state-of-the-art Waste Heat Recovery (WHR) system installed inside the starter house of his farm in southwestern Cooper County (Mo.), where 17,000 turkeys are being raised at any given time. 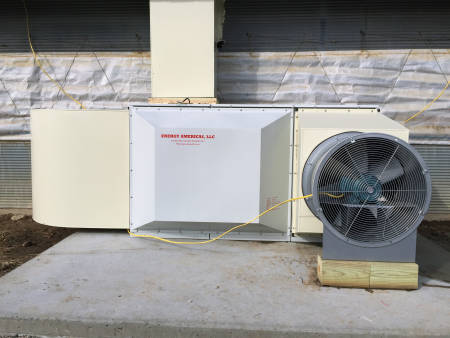 The Waste Heat Recovery system is manufactured by Energy Americas, LLC, based out of Boonville, Mo. Photo courtesy of Shawn Xu.

By having the system reclaim heat from exhaust air inside the barn to preheat incoming fresh air, Kliethermes is able to sleep soundly, knowing that the air will be stabilized and well circulated without having to make any last-minute adjustments with the barn’s curtain.

“It helps keep my barns more comfortable,” Kliethermes said. “It gives me a little bit more control over what I have going on inside there.”

And a lot more savings in propane costs. Kliethermes estimates that before implanting the system late last summer, he was spending on average $30,000 (21,000 gallons) a year on propane costs alone. Now as he approaches the one-year installation anniversary, he has seen his propane usage drop by 40 percent. That’s only one of the benefits, though, which also could include producing healthier birds that may be more resistant to diseases, helping to reduce the risk of avian diseases.

“It’s not going to completely eliminate propane usage, but it’s going to make you more efficient because if you ask anyone, propane is going to go up again. It’s just a matter of time,” Kliethermes said. “There’s always ways to help improve yourself and make yourself a better grower. I really think this is a way to do that.”

Kliethermes, who earned an animal sciences degree from the College of Agriculture, Food and Natural Resources in 2010, first became aware of the WHR system and one of its inventors, Shawn Xu (the other being his younger brother Tingsheng) last year by way of a former Division of Animal Sciences teacher of his, Jeff Firman, professor of poultry nutrition. 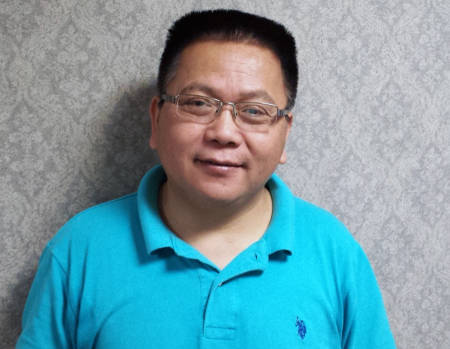 After a series of successful trials in chicken barns including facilities throughout Missouri and at the University of Arkansas in Fayetteville through a partnership, Shawn Xu, an associate research professor in the College of Engineering who has been at the University of Missouri for 20 years, was looking to see how his system would fare on a turkey farm. Firman knew that Kliethermes would be a strong candidate given the operational freedoms he enjoys as an independent farmer supplying turkeys to an Iowa-based poultry company.

Five units, which were developed by Boonville-based Energy Americas, LLC, were then installed in the starter house of Kliethermes. It didn’t take long to make him a satisfied customer. The average cost of a system is a little more than $30,000. Kliethermes said that he should be making the money he spent back in savings alone in about three years with the current rate of propane a little over $1 a gallon. “If propane costs go up like they did a year ago, or two winters ago, the payback will be much, much quicker,” he said.

Such savings will need to become a necessity as natural resources continue to dwindle, eventually turning what may be thought of as an eco-friendly alternative into a necessity.

“We have to do these things,” said Firman, who has introduced Shawn Xu to many other farmers and other contacts in the poultry industry. “Farmers are big users of energy. You take the winter and let’s say it’s an average of 20 degrees and you’ve got to heat it to 90, it’s a huge amount of energy and you’re just blowing it out.”

Sealing up the problem

When he first started coming up with a more efficient heating system, the first thing that Shawn Xu realized was that 80-90 percent of the heat in a traditional system is lost through the ventilation.

With WHR system, instead of taking a fan blowing the air straight out, air blows through the heat exchanger over a series of high-conductive plastic pipes that are laid out in a grid. Air is sucked in through the pipes. As new air comes in, it is heated by as much as 60 percent of the air that is being blown out, so that the air coming in is pre-warmed. This air’s temperature can be raised as high as 40 additional degrees.

The system’s improved air circulation also equates to drier, healthier and less smelly conditions that are more pleasant and comfortable for bird and farmer alike. Shawn Xu said that every gallon of propane burning generates 0.8 gallons of water. “That’s additional water to your barn that becomes the moisture inside of the barn,” he said.  “That means if you can reduce the burning, you can reduce the moisture inside.” 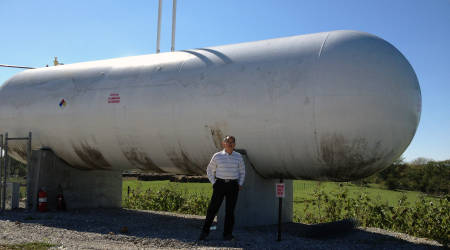 The lack of cold, wet air also reduces common chilling and cold spot problems found in traditional barns. With no cold spots, birds tend to move around throughout the barns more than usual, which leads to bigger and healthier specimens. Shawn Xu points to a collection of bar graphs that show a dramatically better mortality rate and overall size in birds. Kliethermes does not need to see them to know the results.

“I can’t really quantify a way to say, ‘Yes it has improved here and there,’” he said.  I can just look at the bird and say ‘Ok, he’s healthier. I can take care of him easier.’ I can’t really put a number to it.”

The root of his concern

As an internationally recognized geothermal expert whose list of accomplishments includes designing a more efficient heating and cooling system for a Coca-Cola plant in his native China, Shawn Xu’s interest in working in agriculture came from the talks he would have with poultry farmers, who work in the approximate 100,000 poultry barns throughout the country.

“If you look at how they grow poultry, they work really hard,” he said. “Farmers get up and work a whole day. I admire them a lot. I have great respect for them… so I feel if we can help them to solve this issue that would be great for their labor intensity, their business risk and also their margin, their profitability.”

Shawn Xu recently presented findings on his research to the Midwest Poultry Federation Convention in March in Minnesota. In addition to the work of his brother Tingsheng, who has focused on the real-life applications of the system as a research associate in the College of Engineering, Shawn Xu has also received plenty of assistance on the project from Robert Reed, a fellow engineering associate research professor.

As an engineer, Shawn Xu said that the aesthetics of a finished product do not mean anything if it is not affordable and have a practical application. “If a product costs too much; if your payback is too long, I don’t think it will go anywhere,” said Shawn Xu, whose design is patent pending four years after working on the first prototype. “So the whole goal is to make something that is not just technological but economically feasible. That’s the concept that is always in my mind. And this type of agriculture really offered me that opportunity.”

And Kliethermes is sure glad that it did.

“Everybody’s kind of got their own style of raising birds, but this has really complemented our style very well,” Kliethermes said. “At first I was hesitant on this and I didn’t really know if it was going to work or not, but now that’s in here and I’ve seen the results, I don’t want to take it out. That’s for sure.”

Shawn Xu, an associate research professor; Tingsheng Xu, a research associate; and Robert Reed, an associate research professor, all work in the Civil and Environmental Engineering Department in the College of Engineering at the University of Missouri. Jeff Firman is a professor of poultry nutrition in the Division of Animal Sciences in the College of Agriculture, Food and Natural Resources. For more information on the Waste Heat Recovery system, visit heartlandfarmenergy.com.

Additional coverage on this topic from CAFNR News can be found here.