Seeing the whole picture can mean a lot when it comes to figuring out HIV. Researchers at the University of Missouri Bond Life Sciences Center are gaining a clearer idea of what a key protein in HIV looks like, which will help explain the flexible protein’s vital role in the virus life cycle. 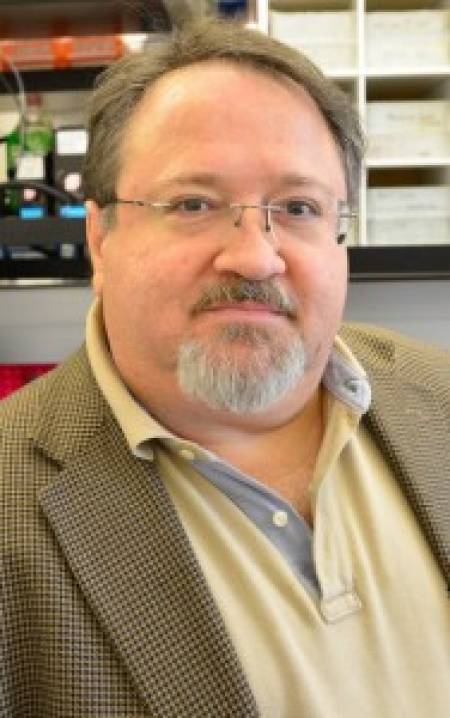 The protein the researchers imaged is a building block that forms the virus’ capsid, a protective shell surrounding the virus’ genes. The journal Science published their findings online June 4.

“The capsid acts as an invisibility cloak that hides the virus’ genetic information, the genome, while it is being copied in a hostile environment for the virus,” said Stefan Sarafianos, a virologist at Bond LSC and lead author of the study. “Fine-tuned capsid stability is critical for successful infection: too stable a capsid shell and the cargo is never delivered properly; not stable enough and the contents are detected by our immune defenses, triggering an antiviral response. Capsid stability is a key to the puzzle, and to solve it you have to understand its structure.”

This is the most complete model yet of an HIV-1 capsid protein. In a virus, the protein combines in groups of five or six — called pentamers and hexamers, respectively — that assemble into a mosaic that forms the capsid shell. Roughly 1,500 copies of the protein, grouped into about 250 hexamers and 12 pentamers, comprise the capsid. 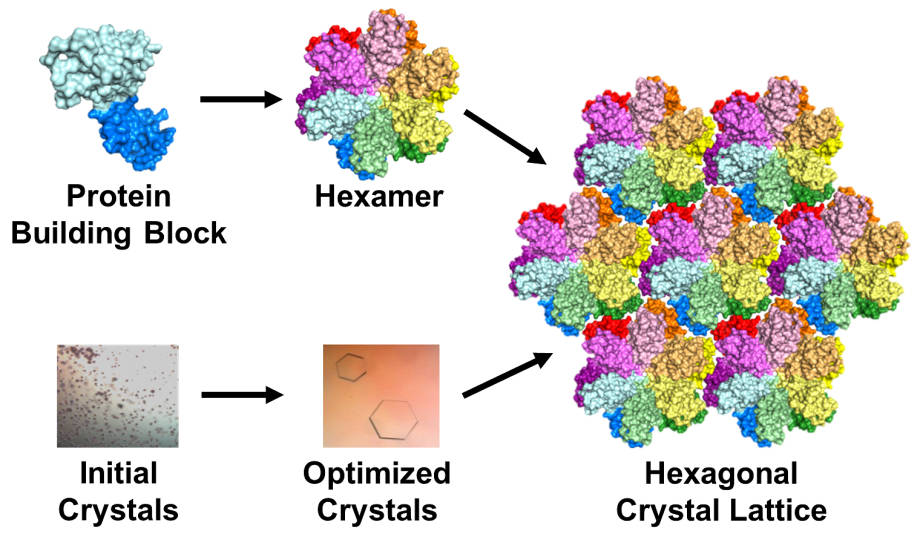 Over the years, scientists have employed various techniques and tricks to figure out the structure of the capsid protein. But until now, the clearest image had been made of a mutated version of the protein. It was a compromise: the mutation made the protein stable enough that the scientists could get a good snapshot, but they couldn’t see the detailed interactions between hexamers.

Sarafianos’ lab figured out how to get the full picture: a detailed image of the unmodified proteins that filled all the gaps between hexamers.The team used a technique called X-ray crystallography to unravel the protein’s secrets. Basically, they took many copies of the protein and coaxed them into forming a patterned, crystalline lattice. Next they shot high-powered X-ray beams at the crystal. By interpreting how the X-rays scattered when they ricocheted off the proteins, the researchers made a 3-D map of the protein. 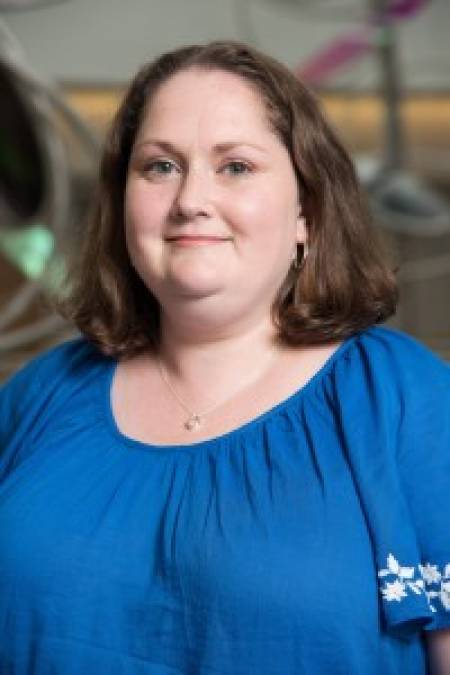 “But it doesn’t make sense until we make an atomic model of the protein to fit in that map,” said Karen Kirby, a research scientist at Bond LSC. “The map is just a grid that you can’t really interpret unless you put a model into it to see ‘OK, it looks like this part is here, and that part is there, and this is how the protein is put together.’”

The researchers altered, tested and honed their 3-D model until it exactly matched the map produced by the X-ray diffraction pattern. This can be difficult and painstaking, but the researchers’ greatest challenge was creating the protein crystals in the first place: Scientists had been trying to crystallize the unmodified version of the HIV protein for decades without success.

To make a crystal, proteins are suspended in a liquid then slowly precipitated out, just like a “grow your own crystals” kit. But there are a lot of variables that control the process, from salts and additives in the liquid to the amount of protein in the mixture.

“It’s a very delicate balance to grow crystals,” Kirby said. “Many people call it more of an art than a science. It’s frustrating because you can never predict which solution will grow crystals. There are a large number of variables.”

Initially, most arrangements the researchers tried resulted in useless brown junk, Kirby said, caused by the proteins forming solids too quickly. Anna Gres, an MU chemistry grad student who led the project, used a crystallization robot to screen roughly 2,500 conditions. After another 500 screenings, Gres eventually produced lovely, hexagonal crystals by fiddling with the recipe to decrease the amount of proteins in the solution. Surprisingly, the crystals formed in groups of six proteins, which matched their formation in the viral capsid.

The transition from tiny, useless particulate to invaluable crystals was tremendously exciting, Kirby said. But even to Kirby and Sarafianos, why their attempts succeeded when many others failed remains a little mysterious.

“I still don’t know what are the fine details that made the difference,” said Sarafianos, who also serves as an Associate Professor of Biochemistry.

“That’s the million dollar question,” said Kirby. “We really don’t have a good answer for that.”

Once the researchers got a good look at the interactions between hexamers, they were surprised by what they found.

Based on the genetic sequence of the protein, scientists speculated that they would be hydrophobic, or repel water. Instead, they found that “ordered” water molecules at specific sites played a crucial structural role by bridging interactions at the interface between hexamers.

“We thought, ‘How could these lowly waters really be of consequence?’” Sarafianos said. “But if you think about it, there’s 256 of these hexamers in the whole capsid and all kinds of interfaces among them: There’s thousands of water molecules that stabilize the whole structure. We hypothesize that this is an essential part of the stability of the whole capsid molecule.”

To test that hypothesis, they took the crystals, dehydrated them and checked to see if their shape changed. Although the protein lattices may look like sturdy crystals, they’re more like jello, Sarafianos said.

“The protein molecules are precariously touching each other and forming a lattice that is very, very sensitive. It’s held together in this case by water molecules in addition to other interactions.”

The change in shape suggested that water molecules are important in that they allow the capsid to assume different shapes. Moreover, Sarafianos said, the capsid’s malleability and plasticity could be critical to the life cycle of the virus and allow it to act as a multi-functional molecular Swiss army knife.

Armed with a clearer image of the capsid protein, Sarafianos’ lab hopes to gain a better understanding of how the body combats the virus and to discover new ways to disrupt the viral capsid. Working with a medicinal chemist, his lab will undertake an iterative process of making compounds, solving their structures, testing them against HIV and then refining the molecules, with the ultimate aim of producing new and effective antiviral drugs.