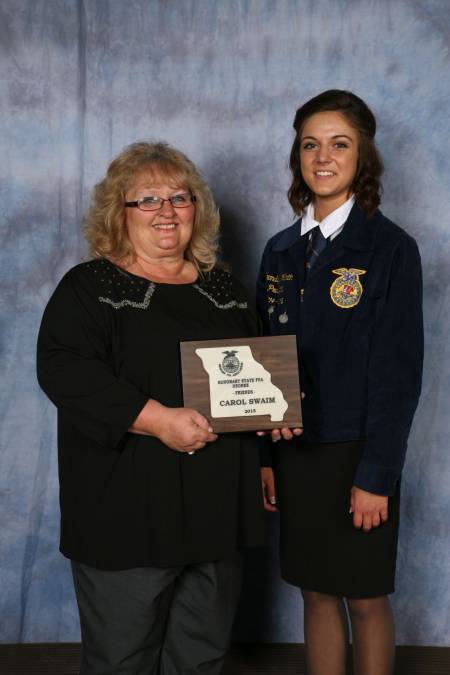 Swaim started her involvement with FFA when she worked the trade show at the national FFA convention. In 2005, Swaim transferred to the agricultural education and leadership department. Part of Swaim’s responsibilities includes helping with the state career development events, including preparing documents and uploading contest results.

Sowers’ courses include agricultural sales and fundamentals of business marketing and communications.

The Missouri FFA Association recognizes Honorary State FFA Degree recipients each year at its annual state convention for their valuable efforts and contributions to the FFA organization and its members. Those eligible to receive the Honorary FFA Degree include farmers, school superintendents, principals, members of the board of education, chapter advisors, teachers, staff members in agricultural education, business professionals and others who are helping to advance agricultural education and the FFA while rendering outstanding service.