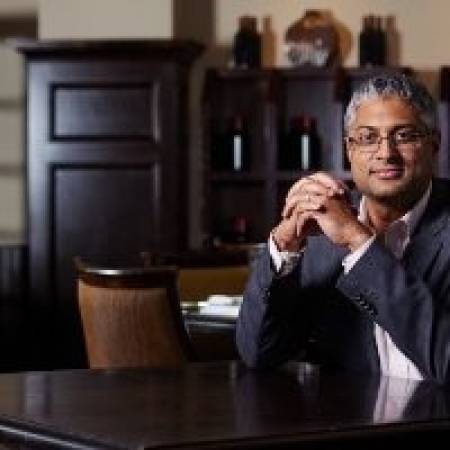 Avi Rathnakumar, an MU alumni, with a degree in Hotel/Restaurant Management.

Avi Rathnakumar is an MU alumni who has had an extensive career in the hospitality and restaurant industry. He began his career as a busser and host at a restaurant in his hometown of Joplin, Mo., when he was 16 years old to pay for damages to his first car, and he has never looked back since.

“My favorite part of the restaurant business is that we get to make an impact on people’s lives, everyday, and that is something truly special,” says Rathnakumar.

After his extensive education, he began his career working at the iconic NYC restaurant, Chanterelle. In 2005, he joined respected restaurateur, Stephen Starr, working as a Restaurant Manager for Starr Restaurant Organization at their chic Mediterranean dinner-only restaurant, Tangerine, in Philadelphia. In 2006, he received the opportunity to join Kimpton Hotels & Restaurants, as the Restaurant Assistant General Manager at the newly acquired Nine Zero Hotel, Boston. While there, he had the opportunity to partner with celebrity chefs Ken Oringer and Jamie Bissonnette, to bring to life the boutique steakhouse, KO Prime.

He was offered his first General Manager opportunity in 2008, when opening the Jackson 20 Restaurant inside the brand-new Hotel Monaco Alexandria, Va. Two years later, he moved to Chicago for his third property in his third state, with Kimpton Hotels & Restaurant. While there, he opened the now nationally recognized Sable Kitchen & Bar, inside of the Hotel Palomar Chicago.

In 2012, Rathnakumar was given his first multi-unit role. This was a very exciting opportunity,  he says, because he took over the Chicago Director of Restaurant Operations, and oversaw all Catering and Restaurant operations for four different hotels/restaurants. After successfully leading the Chicago teams, his role expanded when he became the Regional Director of Restaurant Operations for the Midwest & Texas, picking up oversight responsibilities for Minneapolis, Dallas and Austin.

“My advice for anyone crazy enough to follow this career path, is to take heart, and only follow this road if you have true passion for it. Never stop pushing yourself, as there is always more to learn. Never stop caring about people, especially your own team, and push them so you pull the absolute best out of them. Always put yourself last, and your team first. Never stop laughing and having fun,” Rathnakumar says.

He is currently based out of Chicago, where he lives with his wife, Maureen, and three children, Velan, Priya and Anika.