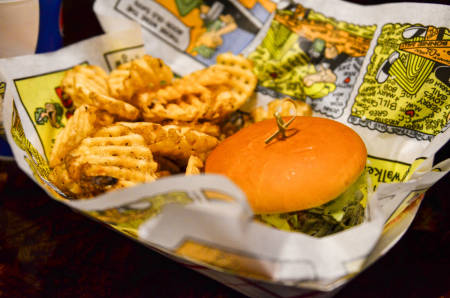 If you are serious about food, Ragh Singh suggests you make a trip back to the town of your alma mater as soon as possible.

Ragh is an academic and career advisor in the parks, recreation and tourism department, and a food blogger and writer for Inside Columbia and Feast magazines.

He is very impressed with the influx of creative fare now available in Columbia.

“I think the town has a very progressive and adventurous palette when it comes to new cuisines or even the way it is served,” Ragh says.

“I also feel with the emergence of several local breweries [Logboat Brewing Company, Rock Bridge Brewing Co., and Bur Oak Brewing Company] and craft beer stores [Craft Beer Cellar], Columbia certainly has established itself as a craft beer location in Missouri,” he says. “Also, with Pizza Tree, Columbia has started appreciating the taste for gourmet pizza. They are the only pizza place in town constantly experimenting with their toppings.”

Food trucks have also experienced a boom in town – “a sure sign of optimism when it comes to Columbians being adventurous about their food,” Ragh says. (List of food trucks is below.) 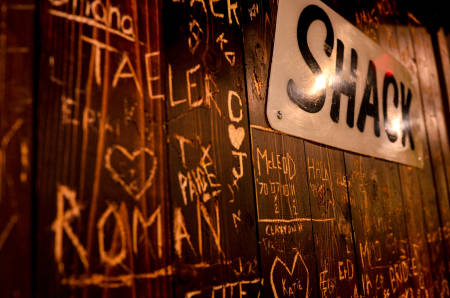 As far as old stand-bys that have stood the test of time? Ragh highly recommends Sycamore and The Wine Cellar.

“Sycamore has beautiful new interiors and if anyone is into cocktails, I have to say they are serious about their mixology,” he says. “The Wine Cellar is a great eatery if you are into the farm-to-table concept and of course bio dynamic wines too.”

Even better? All of these eateries are within walking distance of campus, too.

One food trend Singh would like to still see come to Columbia? A tapas-style restaurant with Midwest fare.

“Personally, the tradition of tapas has certainly caught up in most of the country,” he said. “I would love to see Midwest-inspired tapas-style food being served exclusively at a restaurant.”

A Growing Interest in Cool Food

Ragh works to feature new Columbia eating destinations in Feast, a St. Louis magazine recently expanded to Kansas City and Mid-Missouri. This work complements his blogging for Inside Columbia. He says he is enjoying the opportunity to write for a larger-scale audience.

His interest in American fare started when he came to the United States from India as an international student in 2006 to study communications at the University of Central Missouri. For Ragh, learning about American culture meant exploring and understanding the culture of food, he says.

When he moved to Columbia to join the parks, recreation and tourism department in 2013, he began exploring local eateries. His Twitter account @uneditedfoodie, grabbed the attention of Inside Columbia magazine. His blogging for them is part of “The Inside Dish.”

“People talk about places to eat, and that is where I go,” Ragh says. “There is a network of food lovers like me, and word of mouth is the biggest advertisement for each other.”

The diversity of types of food is one of his favorite things about the United States.

“You can eat all types of excellent food,” he says. “You can get amazing Italian food one day, Chinese the next. The chefs in this country are fascinating.”