St. Louis is said to have the best fans in baseball, and it also boasts a public park, Forest Park, 500 acres larger than Central Park. Neither of these feats would be possible without the people who operate and manage facilities such Busch Stadium or the masses of green space found in and around St. Louis. Students from the department of parks, recreation and tourism (PRT) had the opportunity to meet with professionals from seven St. Louis-based recreation and sport organizations in their respective workplaces in March. 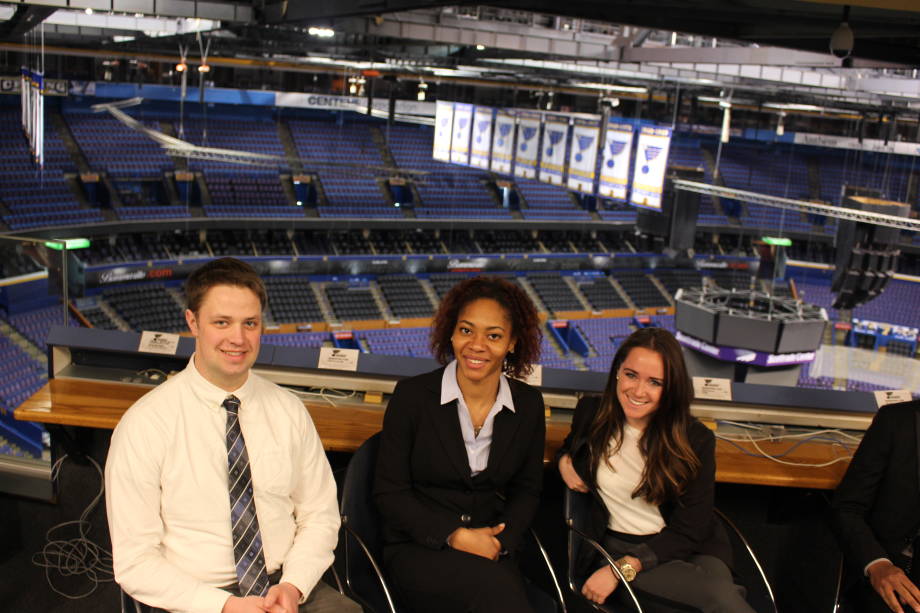 The St. Louis Sport and Recreation Excursion began March 9, making stops in O’Fallon, Fenton, Chesterfield and St. Louis before returning to Columbia the next day. Ten students earned a spot on the trip based on an application process that focused on resume strength and academic standing.

Students visited with seasoned organizations such as the Cardinals and Blues, while also meeting newer agencies like the St. Louis Football Club, who kick off their inaugural season at the St. Louis Soccer Park this April. The resonating message that most employers shared with students was that experience in the field, whether volunteer or paid, is the best way to break into the industry.

Employers also shared that the sport and recreation industry is not as glamorous as people often perceive it to be. It includes a lot of leg work behind the scenes to get the final product on the field or in the community. Despite these words of advice, students said they came away from the trip energized and motivated to continue on their career path. “My career aspirations are confirmed more so than changed. I definitely am still interested in working in this industry because of the specialization and intrigue of the job,” said one student participant. 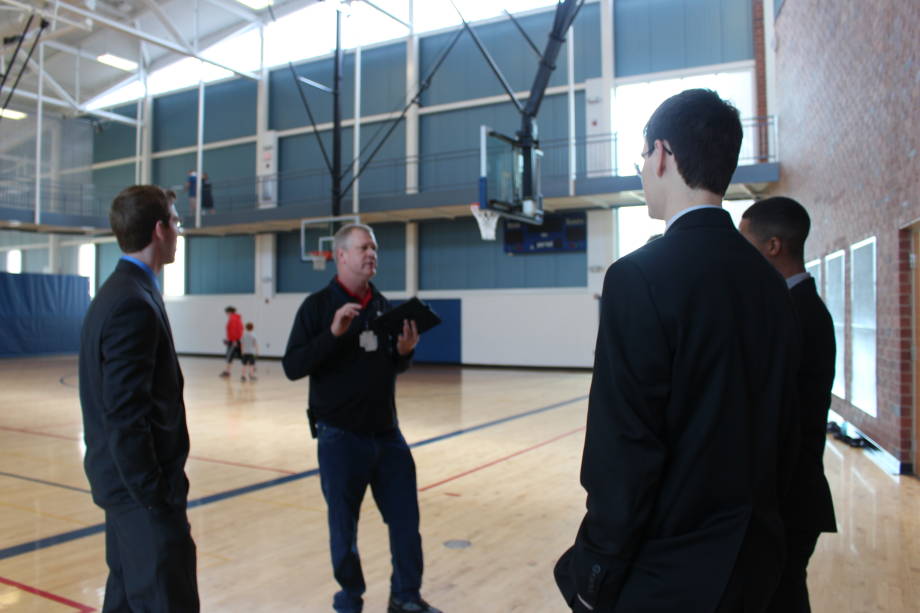 At each location students were able to meet with Mizzou alumni, including several who hailed from the department of parks, recreation and tourism. “I never realized how connected and beneficial our program is. Every location had at least one Mizzou or PRT alum, which was impressive and inspiring,” said another student.

Internship Coordinators Ellen Morris and Jason Young organized the two-day trip to St. Louis that provided students with this unique opportunity to visit with sport and recreation organizations on behalf of the department’s internship program. “Our goal for this trip was to give students a one-on-one networking opportunity with professionals working in a variety of areas,” said Morris, who is a Mizzou PRT alum and has worked with several sport, recreation and tourism agencies. 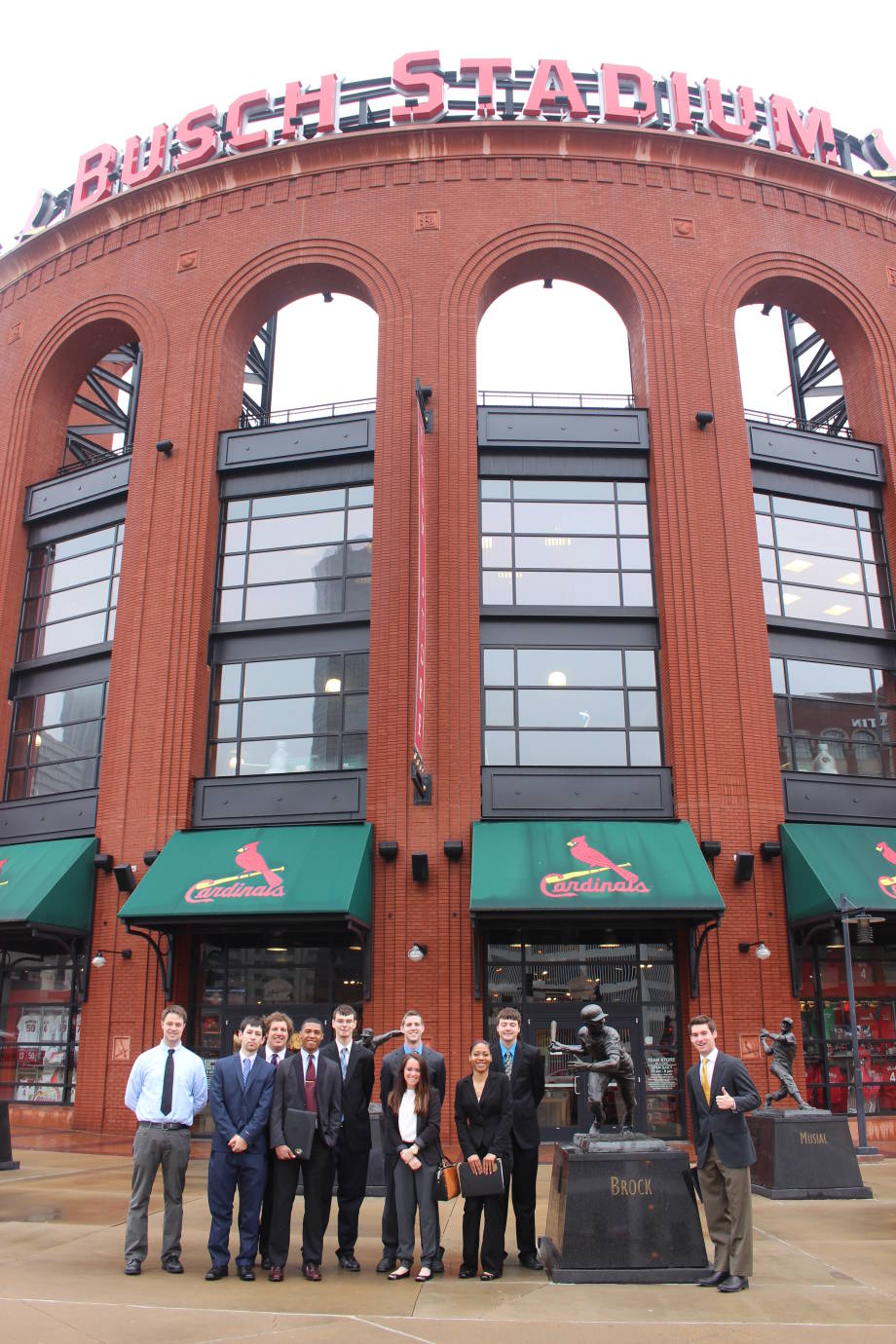 Students outside of Busch Stadium, home of the St. Louis Cardinals.

Young, another Mizzou PRT alum, was previously the Director of Ticket Sales for the Kansas City T-Bones, where he was in charge of hiring nearly 50 interns a summer for the minor league team. “As a former employer of interns, I know it is important to get the students in contact with professionals working directly in the industry to find out what companies look for in potential candidates,” said Young.

The department has facilitated student group trips to cities outside of Columbia to extend the walls of the classroom. Earlier this spring, Morris and Young took a group of students to Springfield, Mo., to attend the week-long Missouri Park and Recreation Association State Conference. During spring semester 2014, the department organized a similar trip to Kansas City where students met with the Royals, Chiefs and T-Bones.