Winners from the Division of Applied Social Sciences announced at the event held at the Reynolds Alumni Center were: 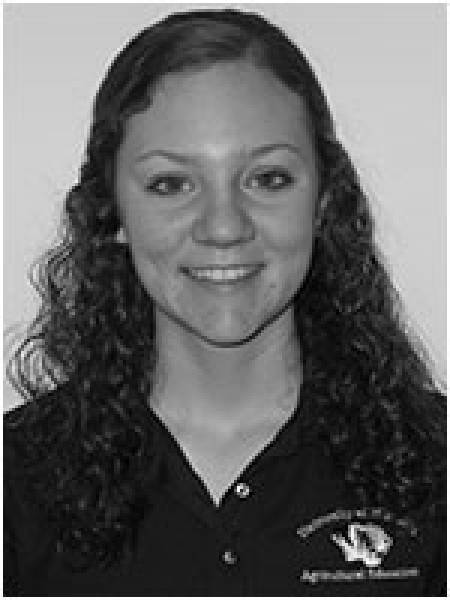 Clara Knipp was named the 2015 Outstanding Freshman of the Year. These awards represent students who are leaders on campus, and involved throughout the college. Knipp is majoring in agricultural education.

“Before attending the University of Missouri, I knew of many CAFNR students that spoke of their fondness for the students, faculty and staff that made the college feel like family. CAFNR students are well known for their career potential, academic success and contributions to their communities. As a freshman in the College of Agriculture, Food and Natural Resources, I wanted to emanate these high expectations of professionalism, academic dedication and extracurricular involvement,” said Knipp. 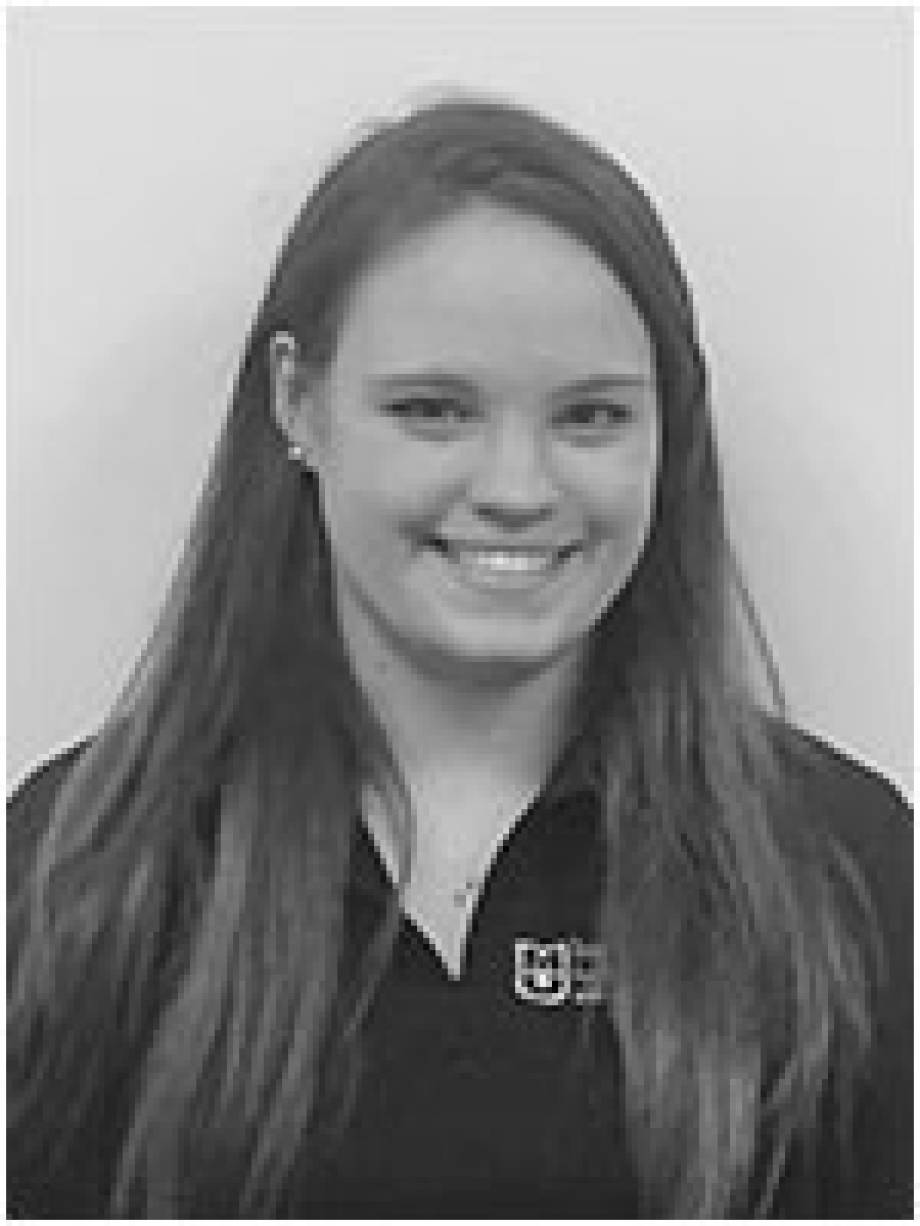 Samantha Coulson was named the 2015 Outstanding Sophomore of the Year. Coulson is studying agricultural education. She serves as the CAFNR Student Council Secretary and an Agricultural Education and Leadership Ambassador.

“I enjoy serving on both CAFNR Week Steering Committee and the CAFNR Student Council because they are a great way to meet and work with people from all majors within the college and learn more about their interests,” Coulson said. “Meeting all incoming CAFNR students truly made my love for the CAFNR faculty and students even greater.” 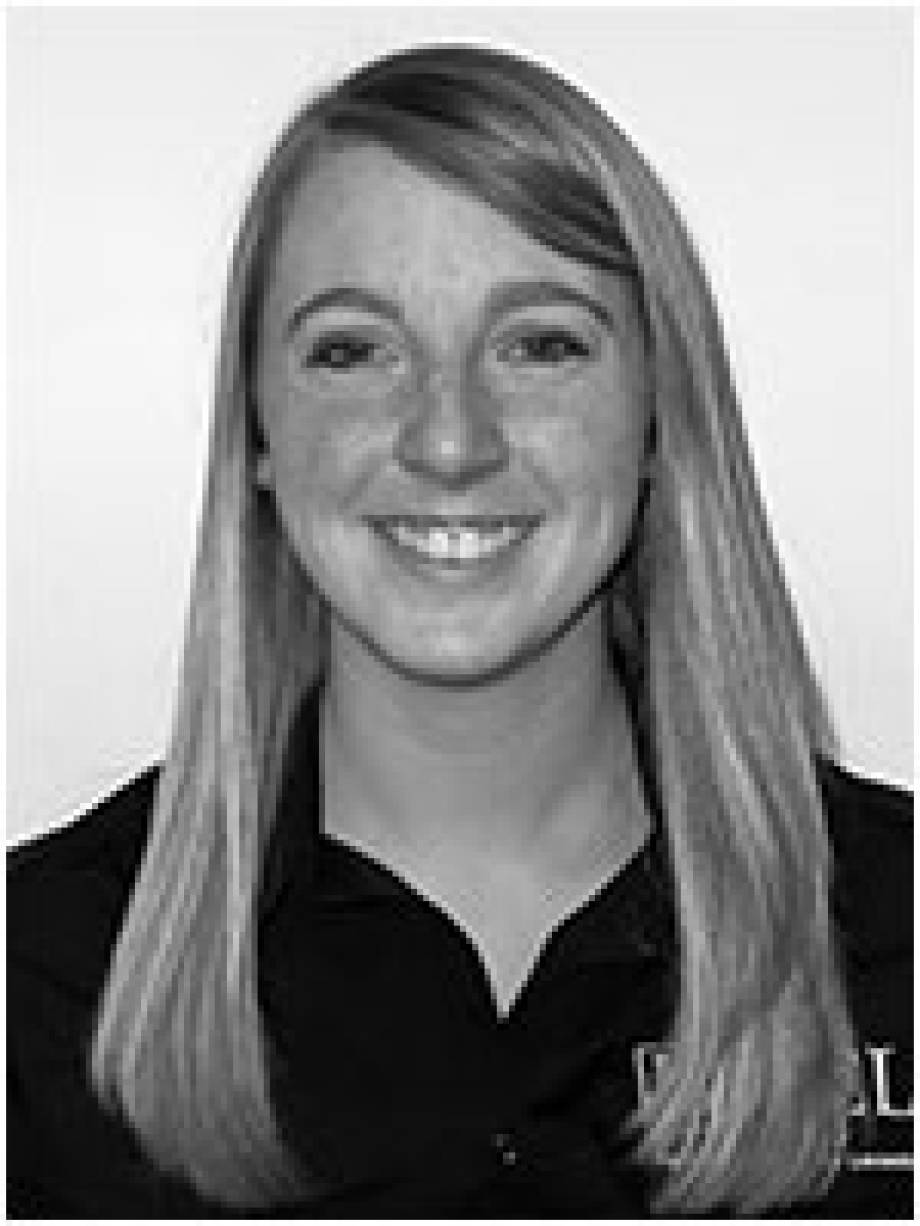 Jaelyn Bergmann was named the 2015 Outstanding Junior of the Year. Bergmann is an agricultural education major. This year she won Sigma Alpha Sorority’s Pillar Award for Service.

“Jaelyn consistently displays a calm drive and determination with a genuine readiness to work as a team player. She is equally comfortable being on the big stage, or applauding with enthusiasm as a friend gets the recognition in the lights. That is the hallmark of a leader. Jaelyn has participated in many philanthropic events that display her class and moral character. But likely the trait that I admire most is her ability to smile and calm others in times of stress or anxiety. This is likely one of the core skills that she possesses that so often places her in positions of leadership,” says David “Chip” Kemp, Youth Leadership Program Director. 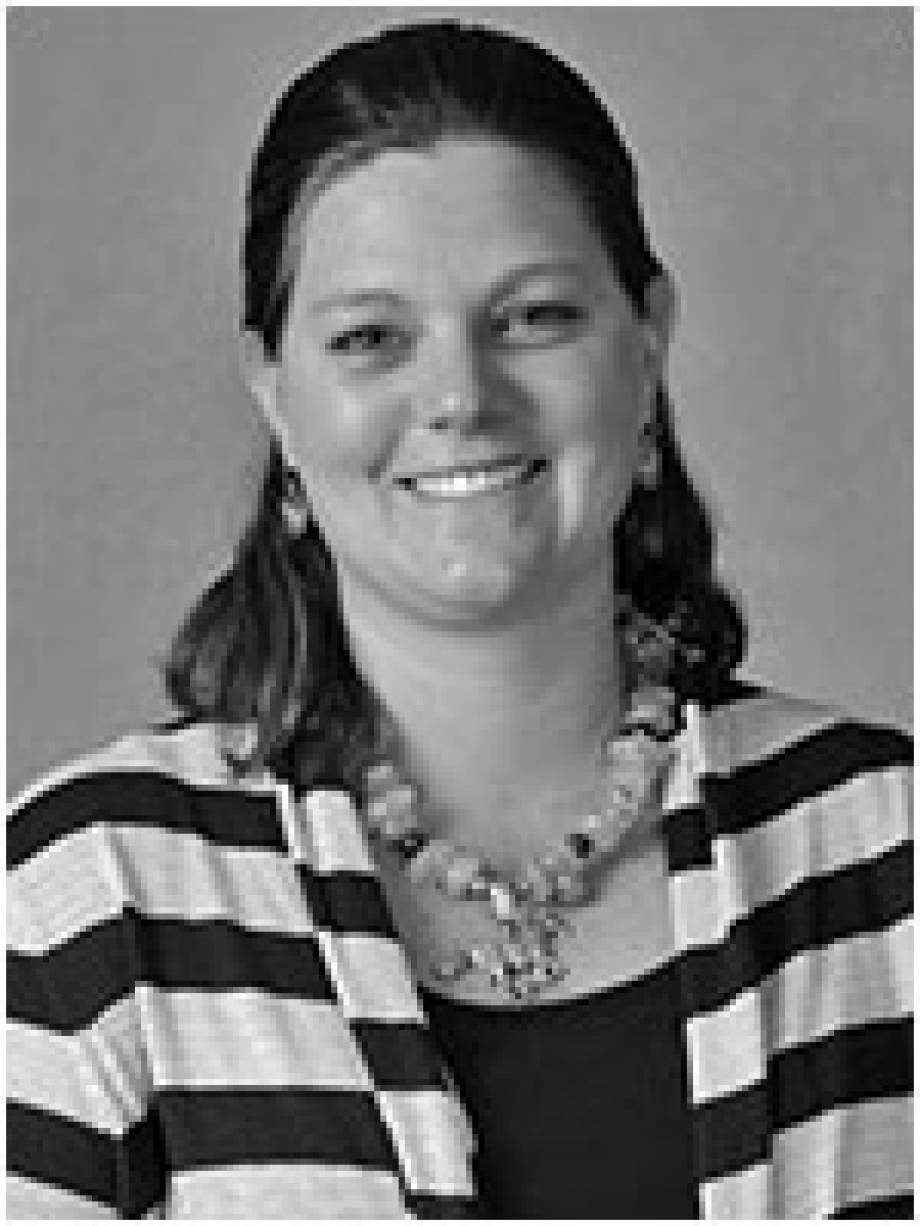 Colleen Abbott was recognized with the Past President Award by the Ag Alumni Association.

Colleen Abbott is the Eldon R-1 Schools Director of Afterschool Services. She has also worked as an athletic director, placement coordinator, agriculture instructor and FFA advisor for the Eldon and Tuscumbia school districts. Abbott received her bachelor’s and master’s degrees in agriculture education from CAFNR. She has given presentations for the Missouri FFA Camp; the College of Agriculture, Food and Natural Resources; the National Science Teachers Association; Missouri Vocational Agriculture Teachers Association; and the National Association of Agricultural Educators.

“Colleen’s enthusiasm for CAFNR is contagious. Her passion for the College and for helping CAFNR students succeed has provided essential motivation to our board and volunteers,” said Dana Rogge, Board President. 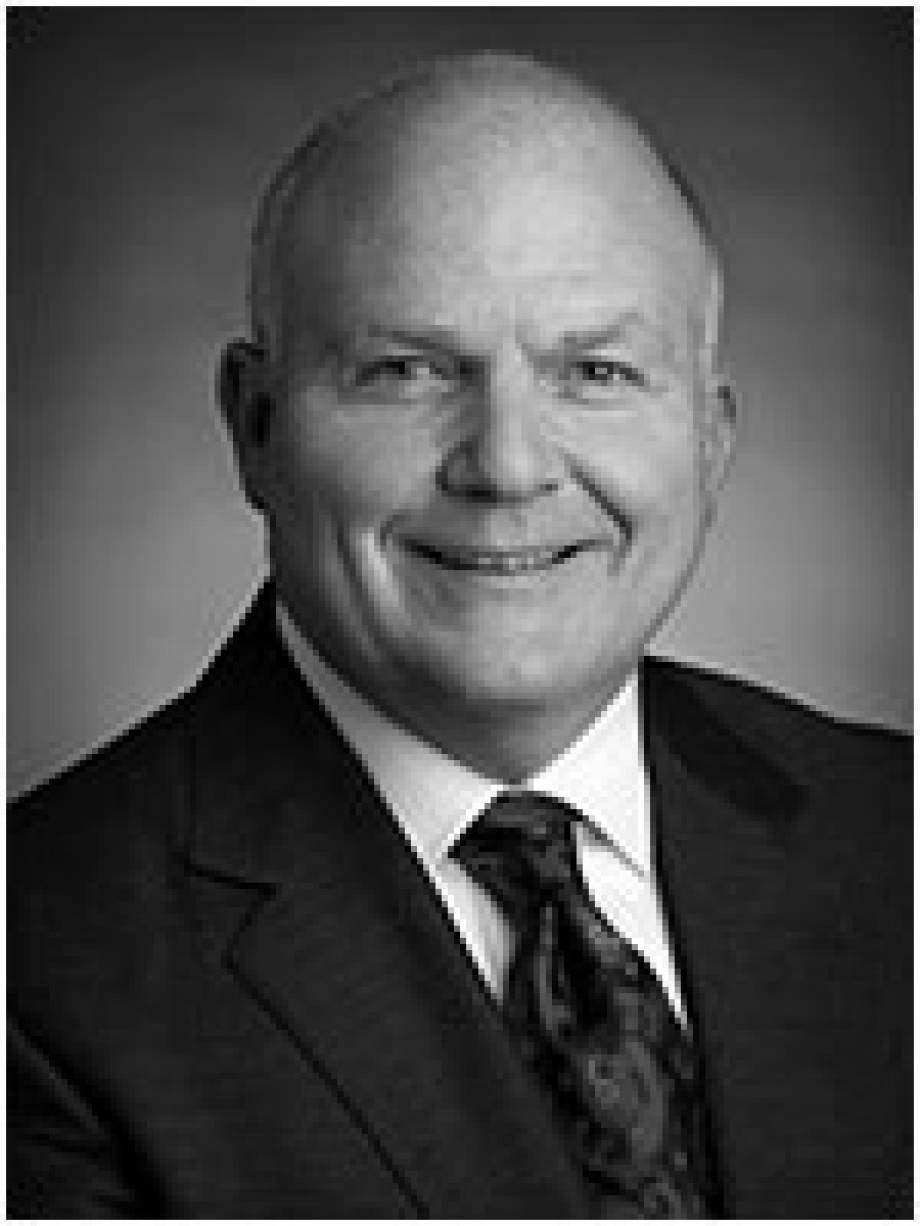 Gardner earned his bachelor of science degree in agricultural education from Mizzou in 1983. Today, he is recognized as a national leader in sports media communications and marketing. He has been a key member of what began as the Missouri Network and the Brownfield Network, today known as Learfield Communications, an international leader in agricultural media and collegiate sports marketing. Learfield Sports is the owner of athletic multi-media rights to 100 major collegiate programs, including the University of Missouri, the company’s first sports client.

“I had the pleasure of working for Roger for I8 years. He is a progressive thinker and kind man. He wholeheartedly supports Mizzou and is willing to pitch in whenever asked. I’m a past Ag Alumni President. After serving on the board and then as president, many hours were taken away from my job at Learfield. Roger never questioned the time it took away from my daily job to be an active alumni member. He was supportive and encouraged the effort. This is rare in the workplace of today,” said Anita Vanderwert, head of sales, Americas BMK Holdings. 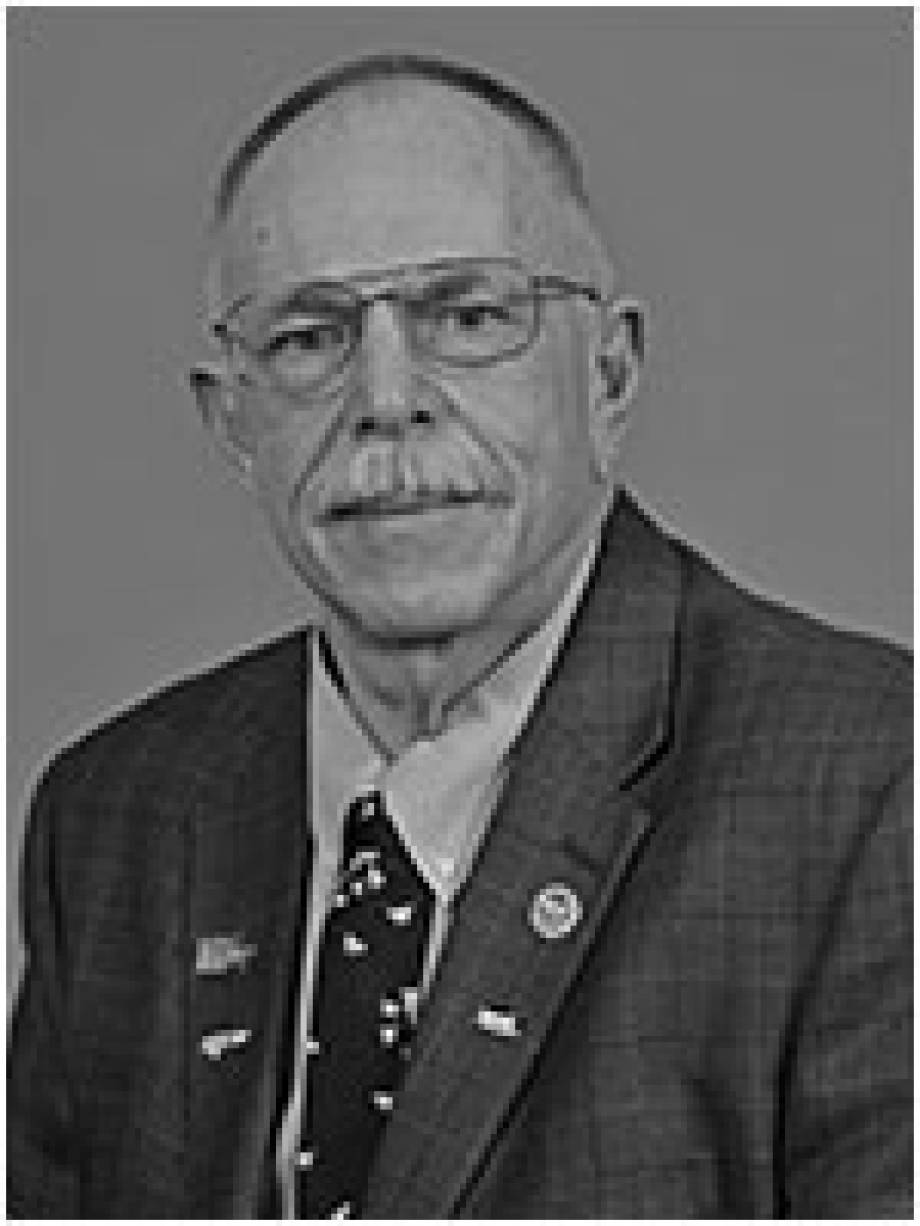 Kessler is an active leader in local and state pork producers associations, and has been active at the national level through Operation Main Street, Pork Leadership Academy and the LEADR program. He has served on various committees for both the Pork Board and National Pork Producers Council, and has served as chairman of Producer and State Relations
for the Pork Board. Kessler served on the NPPC Board of Directors since 2012.

“Bill proudly waves his MU banner whether it be helping with activities like Ag Unlimited, the Tiger Ag Classic or a host of 4-H, FFA, Missouri State Fair and other youth activities. Bottom line, Bill Kessler is one you can always count on. Bill also actively participates in a variety of mainstream agricultural organizations and in doing so always exerts a positive perspective and never fails to advocate for MU in some capacity,” said Don Nikodim, Missouri Pork Association executive vice president. 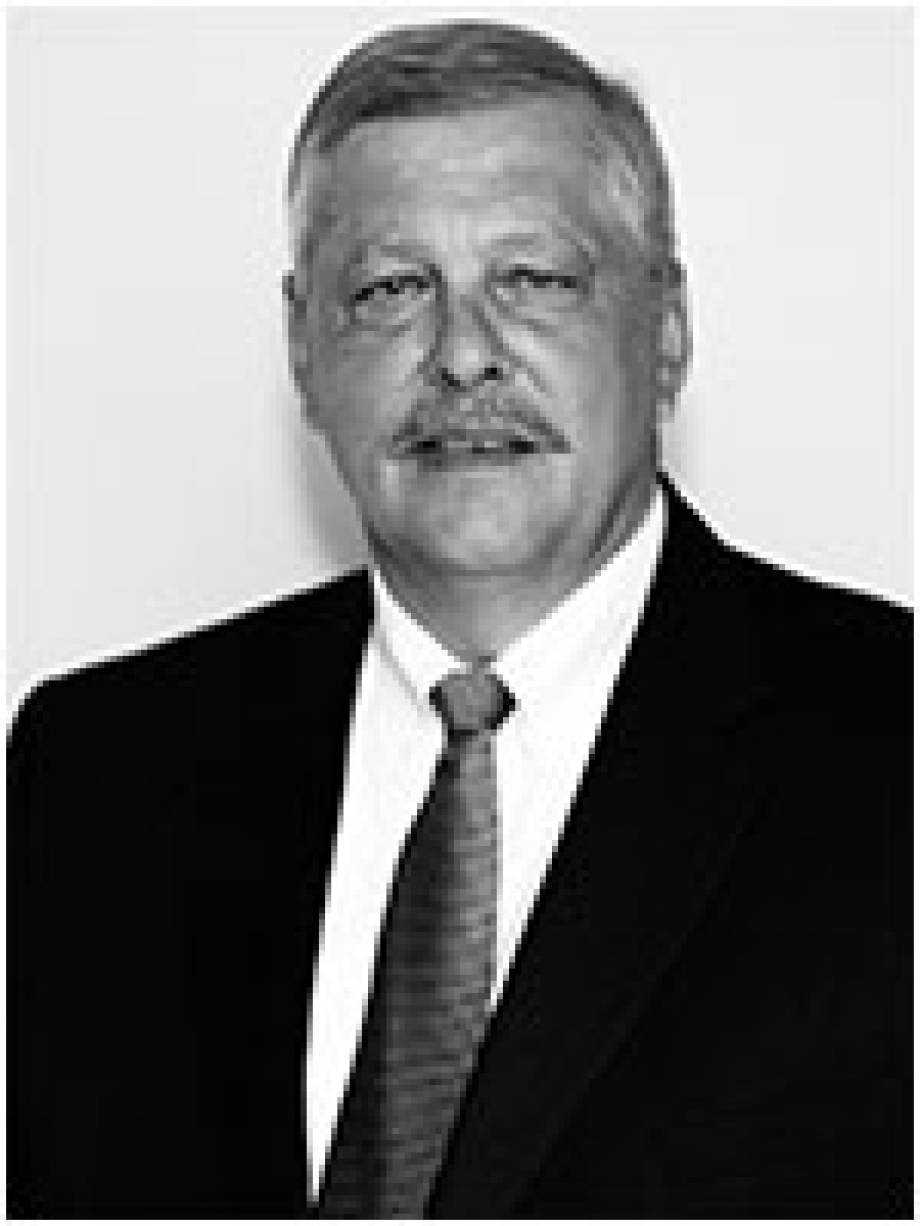 Robert Idel, Vice-president, insurance, FCS Financial, was presented with the 2015 Alumnus of the Year Award.

He has been instrumental in securing sponsorships and participants for the Tiger Ag Classic, which in turn supports scholarships for CAFNR students. In addition, he has had years of involvement in the MU Ag Alumni Board, MU Ag Unlimited, Missouri State Fair Sale of Champions,
Agricultural Leadership of Tomorrow and Missouri Farmers Care.His support of Missouri youth interested in agriculturally related careers is exemplified through his support of CAFNR programs, in addition to
his work on the Missouri 4-H Foundation Board of Trustees and the
Youth in Agriculture Program. Bob has received numerous awards including
the CAFNR Citation of Merit and the prestigious Missouri Pork Association Chairman’s Award.

“No one is more deserving of the Alumnus of the Year award than Bob Idel,” said Don Nikodim, executive vice president of the Missouri Pork Association. “Bob continues to be one of MU and CAFNR’s leading ambassadors and advocates. Whether it be helping with activities like Ag Unlimited, the Tiger Ag Classic or a host of 4-H, FFA, Mo State Fair and other youth activities, you can count on Bob to always be there and to take a leading role.” 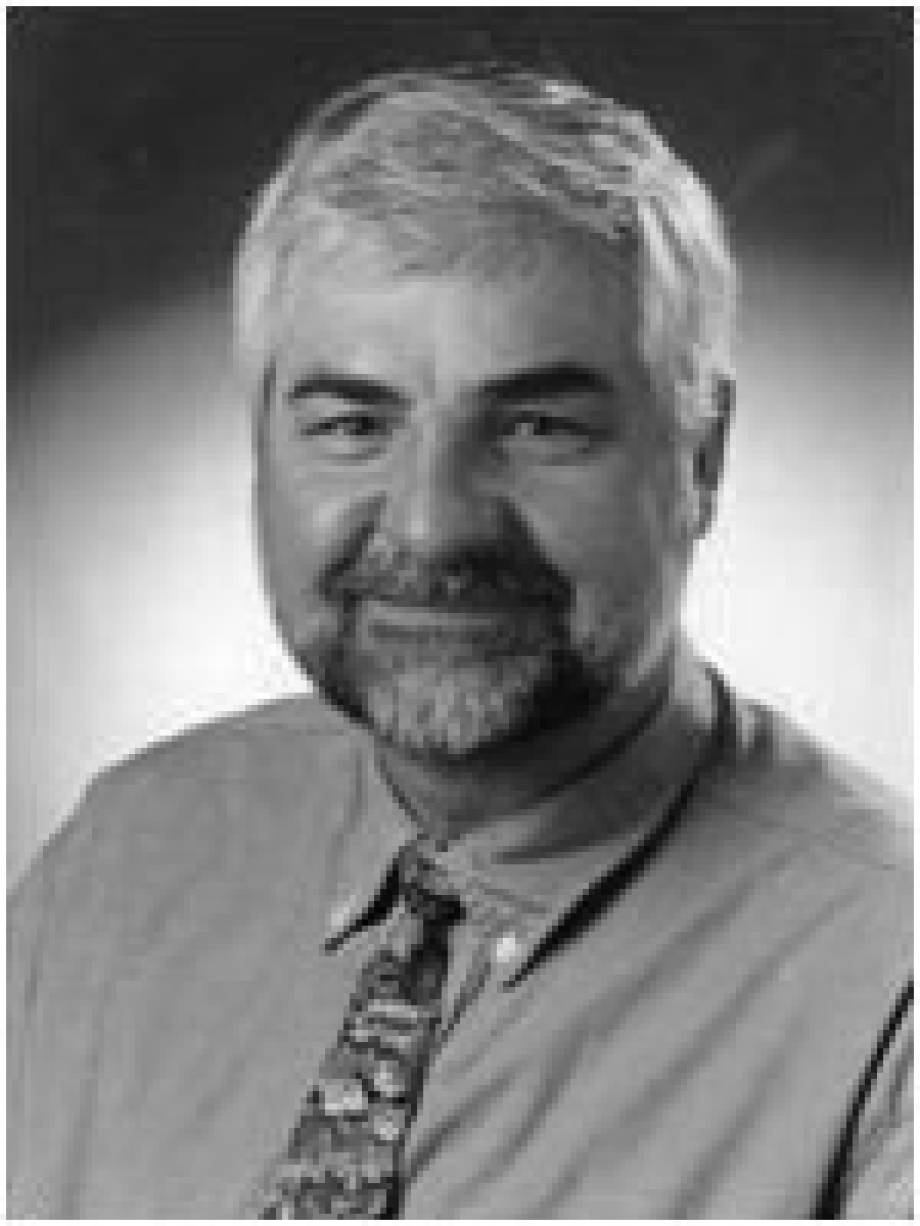 “What distinguishes Dr. Johnson is his diligent, truthful, friendly and respectful dedication to his graduate students, from their first year in grad school all the way to their professional careers. Despite the many critical projects he runs, the 100-plus emails he receives every day and the multiple hats he wears at MU, his office door is always open and as a student or alumna/us you are always invited to come in and ask any questions,” said Maria Figueroa-Armijos, professor of economics, College of Business and Economics, Lehigh University. 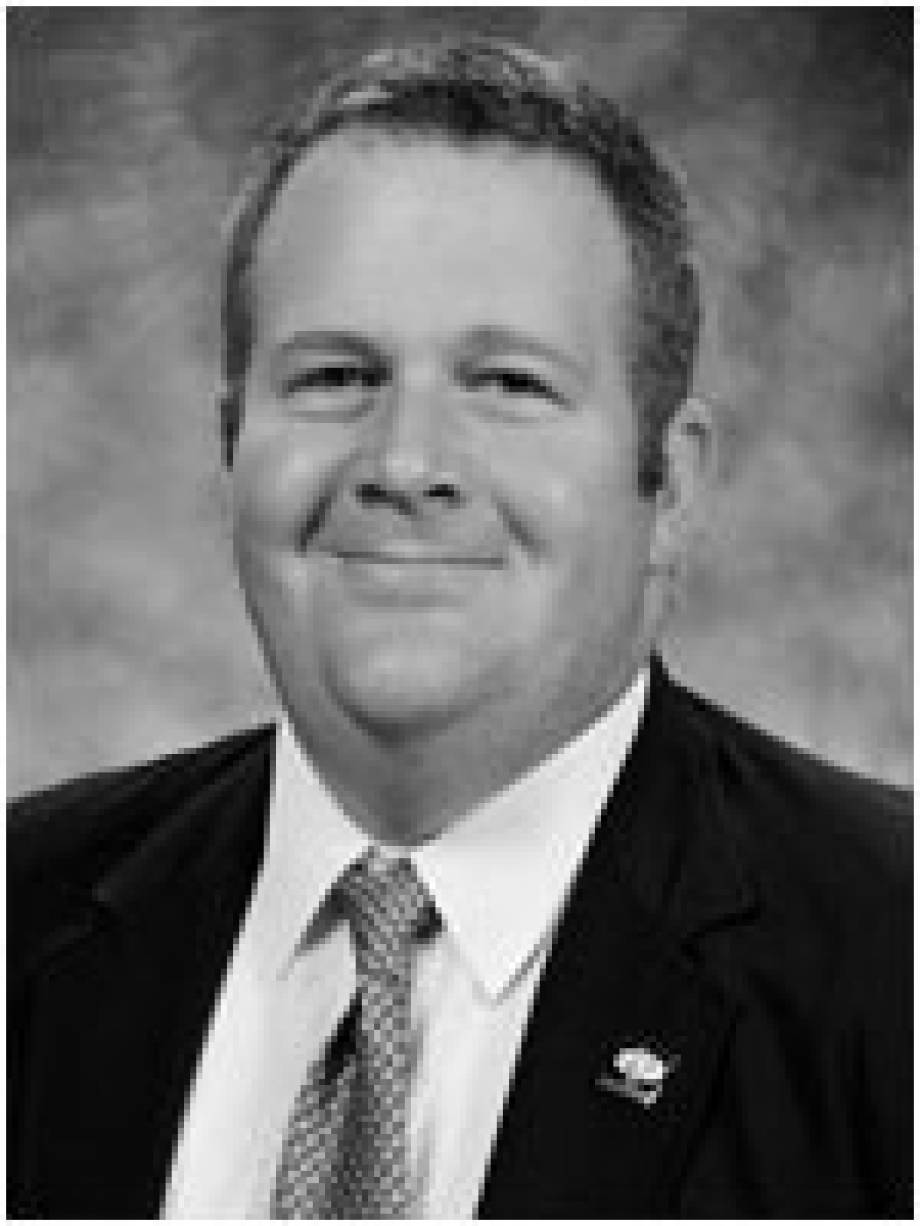 After a teaching career in Nevada, Mo., and work as a professional development specialist at the Missouri Department of Elementary and Secondary Education, Tummons joined CAFNR in 2009. He was named the 2013 Professor of the Year by the Mizzou Athletic Department, and was named the MU Faculty Member of the Month in April 2011. He has received the Inclusive Excellence Award by the Chancellor’s Diversity Initiative. He has written peer-reviewed research journal articles in the Journal of Agricultural Education. He received an honorary FFA degree in 2013.

“I’m a current student of Mr. Tummons. He consistently shows high enthusiasm. Many times after lecture he allows students to develop experiences using the specific topic, such as his Service Learning Projects. Experiences like these, which can be found in many of Mr. Tummons’ classes, provide opportunities for students to apply the curriculum to everyday situations outside of the classroom,” said Samantha R. Coulson, University of Missouri undergraduate. 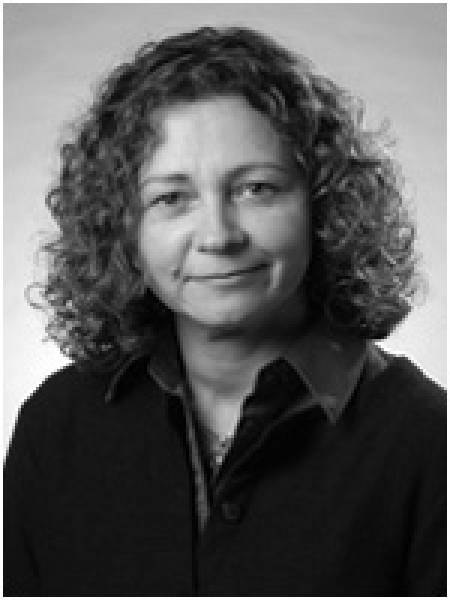 Corinne Valdivia, associate professor, agricultural and applied economics, was named the inaugural Brady J. Deaton Fellow in International Agriculture. This fellowship honors Deaton, chancellor emeritus for the University of Missouri, to recognize those who exemplify leadership and commitment to international development. Deaton joined the MU faculty as a professor and chair of the department of agricultural economics in 1989.

He serves as chair of the Board for International Food and Agricultural Development (BIFAD). BIFAD advises USAID on the topics of food and agriculture in developing countries. He also leads the Brady and Anne Deaton Institute for University Leadership in International Development. 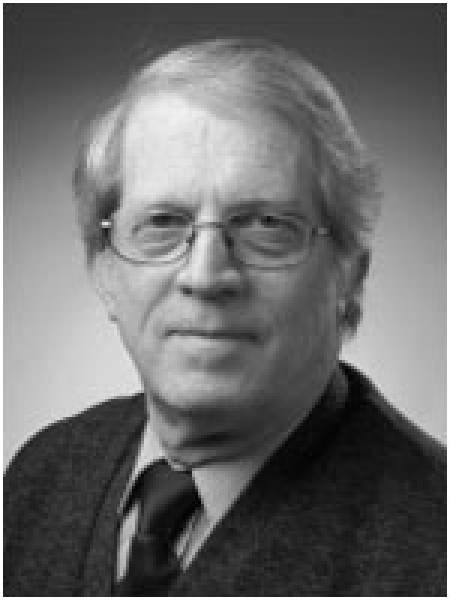 William Meyers, Howard Cowden Professor, agricultural and applied economics, was named the inaugural Roger L. Mitchell Fellow. This fellowship honors Mitchell, the former dean of the MU College of Agriculture, Food and Natural Resources, to recognize those who elevate the College through collaboration and innovative thinking.

Mitchell was instrumental in conceiving the Bond Life Sciences Center and the Food for the 21st Century program. Food for the 21st Century would become a collaboration among four colleges and a top priority for the UM System and the state. The program focused on Missouri’s agricultural strengths and advanced the idea of research and biotechnology. During his tenure as dean, Mitchell restructured the College to become six divisions rather than 17 departments and oversaw the change in name from the MU College of Agriculture to the College of Agriculture, Food and Natural Resources that reinforced the strength of the College as a collaborative and interdisciplinary entity. 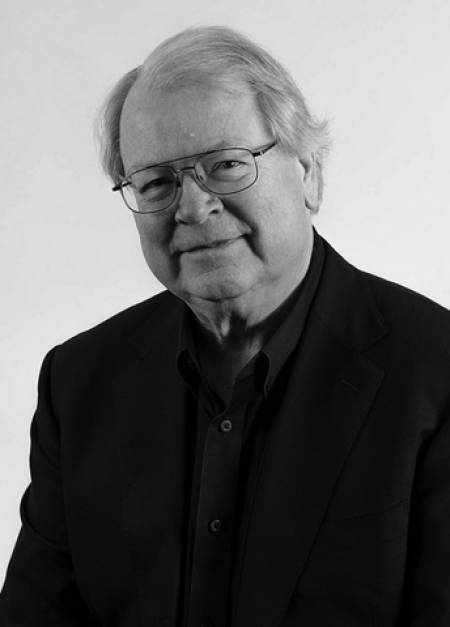 Michael Cook was named the recipient of the Frederick B. Mumford Award for Outstanding Faculty. Cook is the Robert D. Partridge Chair in Cooperative Leadership, agricultural and applied economics.

“Professor Cook is an extraordinary scholar in the mold of the land grant mission. His contributions in the area of cooperative leadership span research, teaching and outreach to a worldwide agricultural community focused on providing the world food supply in a period of rapid population growth,” said Jill Findeis, director, Division of Applied Social Sciences. “Professor Cook is central to the Graduate Institute of Cooperative Leadership, a program that my predecessor, Dr. Mike Nolan, described as the ‘premier executive education program for agribusiness cooperative managers, CEOs and board members.’ I concur. More than 500 cooperatives — national and increasingly international — have participated in MU’s cooperative leadership program since its inception. The Graduate Institute of Cooperative Leadership is a powerful educational tool through which Dr. Cook, as Executive Director, brings sophisticated information derived from his team’s research and scholarship.”