The College of Agriculture, Food and Natural Resources can often leave a lasting impact on its students. An impact so strong that keeps them coming back even after graduation. Colleen Abbott, president of the MU Ag Alumni Board of Directors, is one of CAFNR’s most passionate supporters even though she didn’t think that agriculture would be a part of her career until she stepped foot at MU.

Abbott was the president of FFA in high school, but she never thought her future career would revolve around agriculture. Prior to coming to MU, her plan was to attend Truman State University and pursue a law degree. However, she knew a CAFNR professor, and after speaking with him she altered her plan. Her new plan was to attend CAFNR for a year and then transfer to political science. This plan was later changed as well because after her first year at MU, she made the decision to stay in CAFNR, which turned into a profession. 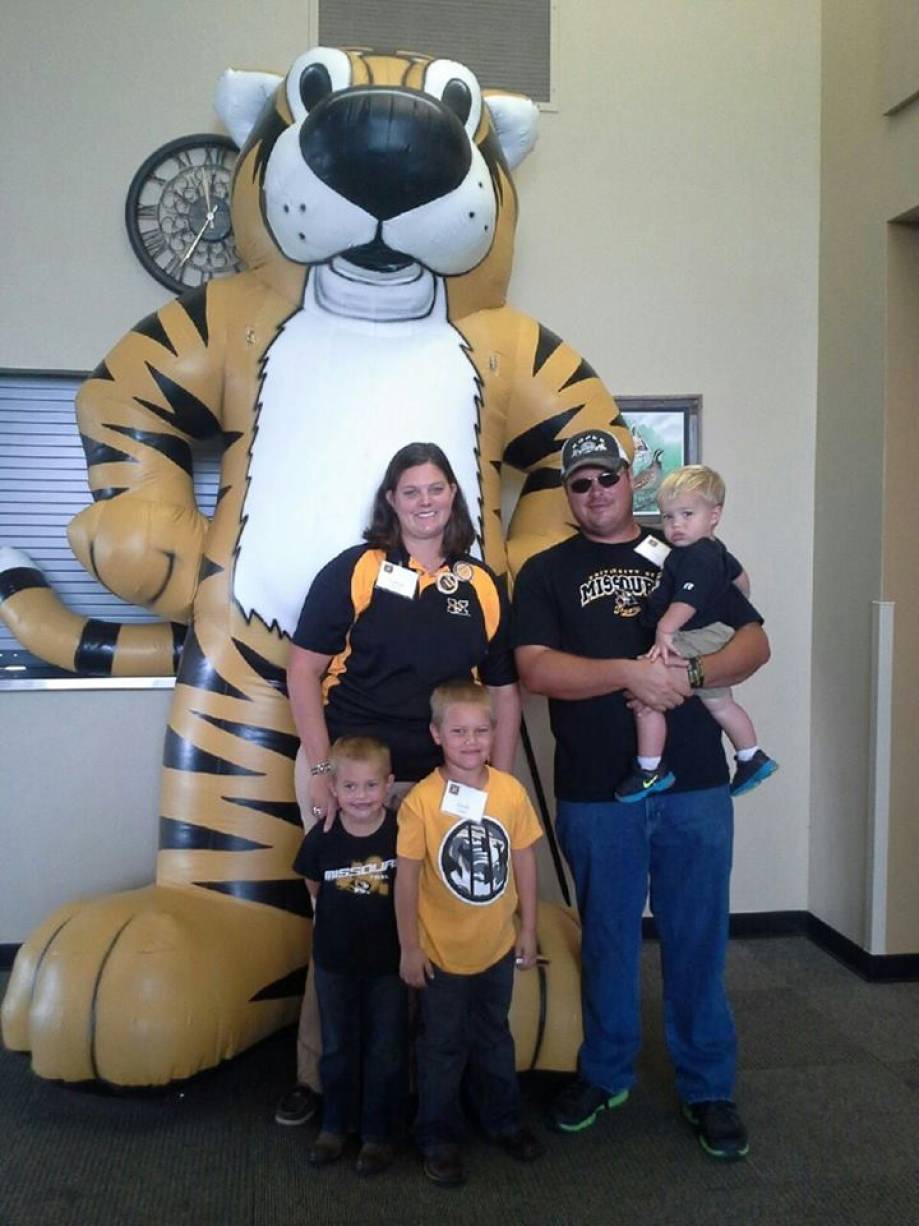 “[During my time at MU,] I was able to do a lot of workshops with high schools kids, and I found my passion, which is agricultural education,” says Abbott.

Abbott received her Agricultural Education degree in 2003, along with her master’s in 2008 and Education Specialist in 2012, all from MU.

Abbott moved to Eldon, Mo., after graduation to pursue a career with the Eldon school district. In addition to being an agricultural education teacher, Abbot has worked as athletic director and placement coordinator for Eldon High School and is currently the L.E.A.P. after school director at Eldon R-1. All the while, MU and CAFNR always remained close to her heart.

Not long after graduation she began attending CAFNR Ag Unlimited events, which encouraged her to think about how she could give back to a college that has given her so much. Over time, Abbott was asked to join the Ag Alumni Board of Directors.

“My favorite part of volunteering for CAFNR and Mizzou is the connection to people. It continues to amaze me that people can go to this college, and get so many different career options, and have so many different goals but come out with the same purpose,” says Abbott.

As the President of the Alumni Board she gets the opportunity to engage with both students and alumni. “There’s always so much change, and so much potential within the college,” says Abbott. Aside from her duties as President including greeting students at graduation, getting sponsorships for various programs, and offering congratulations for different CAFNR achievements, one of her favorite parts of the volunteer experience has been the opportunity to mentor CAFNR students.

“The opportunities to speak to young students are really something I enjoy because I like to see the potential of the program. Each one of them helps contribute to it, and we want them to be successful,” says Abbott.

Another contributor to her success as president is the outstanding support team on campus. Due to Abbott only being on campus for events and meetings, she relies on the board interns, alumni relations director and secretary, as well as student workers to help the board reach its goals each year. “They are extraordinary. I don’t feel like we, as a group of volunteers, would be nearly as successful if we didn’t have those people on campus…. We provide so many events that are unique and different [for CAFNR,] and I believe they’re successful because of our staff and the selfless volunteers who make up our board.”

Abbott views CAFNR as a family. A family that has impacted her throughout her life, and family that she wants to give back to. Through being a part of the Board of Directors she has been able to not only work towards helping the “big picture of agriculture,” but she has been able to give back to the college, and encourages others to do the same. She feels the alumni and the alumni board are part of why CAFNR is so strong and respected, not only at the university level, but at the national level as well. “[The college] is successful because people commit to it. And being involved with the board is a way to give back to something that has already given so much to you,” says Abbott.

Learn more about the Ag Alumni Board.