Four outstanding students from the College of Food, Agriculture and Natural Resources were selected to be recipients of the prestigious Mizzou ‘39 award.

Each year the Mizzou Alumni Association Student Board presents this award to 39 remarkable seniors. They are chosen for their academic achievement, leadership and service to Mizzou and the community. The honorees represent a variety of majors, activities and organizations from across campus.

The students who received the award from CAFNR were Andrew Allee, Maggie Hardwick, Sonja Perry and Kathryn Ruddy. 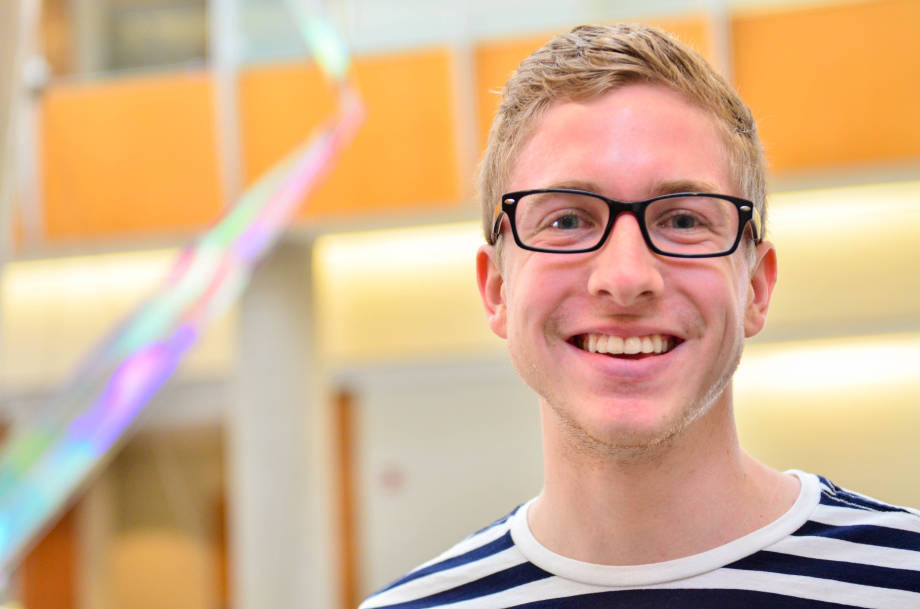 Andrew Allee is a biochemistry major from Liberty, Mo., and applied for Mizzou ’39 largely because he wanted to recognize his mentor, Tim Parshall. “Tim does an outstanding job as Director of the Fellowships Office, and has been an enormous help as I’ve tried to sort out my post-graduate plans,” says Allee.

Receiving this award has been a very surreal experience for Allee, he says.

“I am sure that many, many deserving applicants were not selected. I wonder, why me? I’m not sure there’s a unifying distinction, so while I am greatly flattered and appreciative of the recognition, I also know that there are far more than 39 outstanding seniors on our campus,” he continues.

While reminiscing on his Mizzou experience, one memory in particular stands out to him, and it occurred the day before his first semester.

“I vividly remember walking down South College after meeting my research advisor, Dr. Bill Folk. I left so excited to learn, to research, to explore. Empowered by Dr. Folk’s words, it seemed that no accomplishment was out of reach, no endeavor too ambitious to attempt. This spirit has been tempered over time, but recalling this moment has encouraged me through many tough seasons in the last four years.” 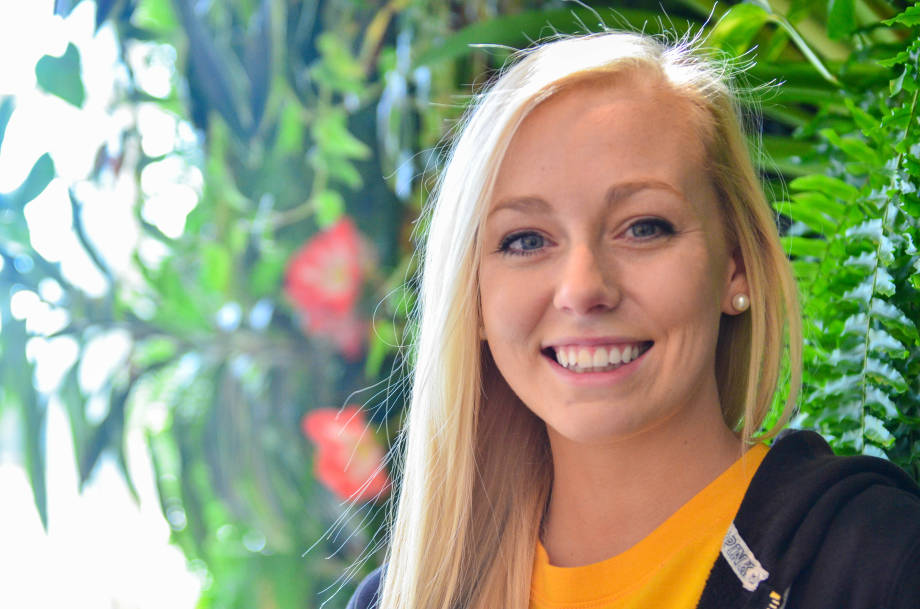 Maggie Hardwick is a science and agricultural journalism major from Salisbury, Mo., and has been striving to be a part of the Mizzou ’39 since her freshman year. She quickly began joining clubs and getting involved.

Being a recipient of this award has been an exciting and overwhelming experience for Hardwick, she says.

“When I was a freshman, senior year seemed so distant and the seniors receiving this award seemed so involved that I had no idea how they didn’t run themselves ragged. I didn’t feel like I was quite to that point, so I thought there was no way I would get it. Once I started filling out my application, I began realizing how much I had actually done during my time at Mizzou and that was a little overwhelming too. I had become one of those seniors that seemed like they were everywhere at once. My time at Mizzou means everything to me, and receiving this award shows me that I was able to grow into the person I wanted to become four years ago. I couldn’t have done it anywhere else.” 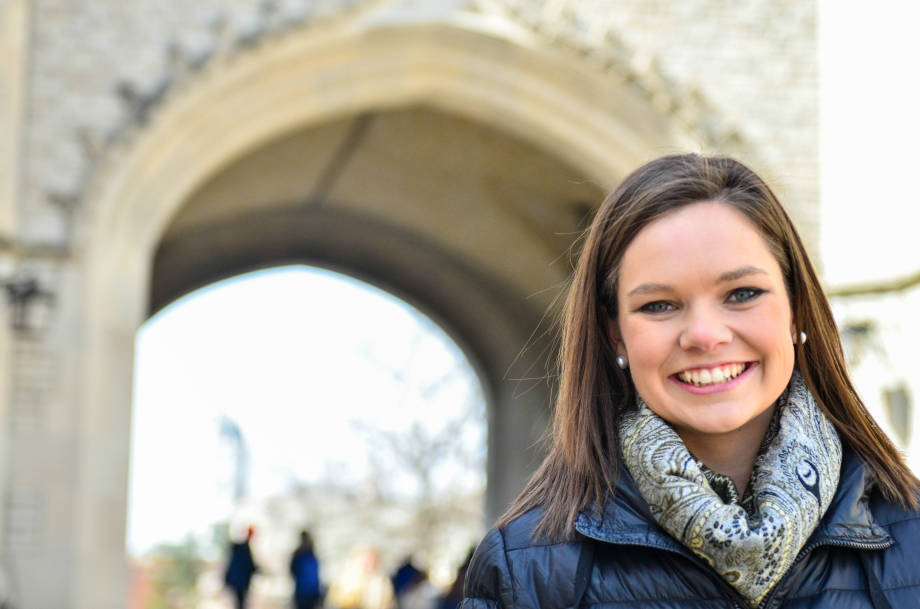 Sonja Perry is an animal sciences major from Bowling Green, Mo., and aspires to be a veterinarian.

Perry applied to be a part of Mizzou ’39 partly because it offered the opportunity to recognize her mentor. “Awards are nice, but I really enjoy getting to recognize someone like CeCe Leslie who has taught me so much,” says Perry. Leslie is the director of student recruitment in CAFNR.

“I feel really humbled to have received this honor. There are so many people who are deserving [of it], and to be named as one of the top 39 really means a lot. Specifically, to me it means that the University of Missouri is relying on me to go out into the world and continue working for positive changes. There is a famous quote that says, ‘To whom much is given, much is expected.’ Rather than seeing this as a pat on the back for previous accomplishments I see it as an expectation to continue working hard throughout the rest of my life serving others not only as a veterinarian but also as a community leader.”

Perry’s favorite Mizzou memory was Tap Day 2014. She said it was very exciting when each person’s name was being called, and she enjoyed getting to celebrate one of the many treasures of Mizzou with her family and friends. 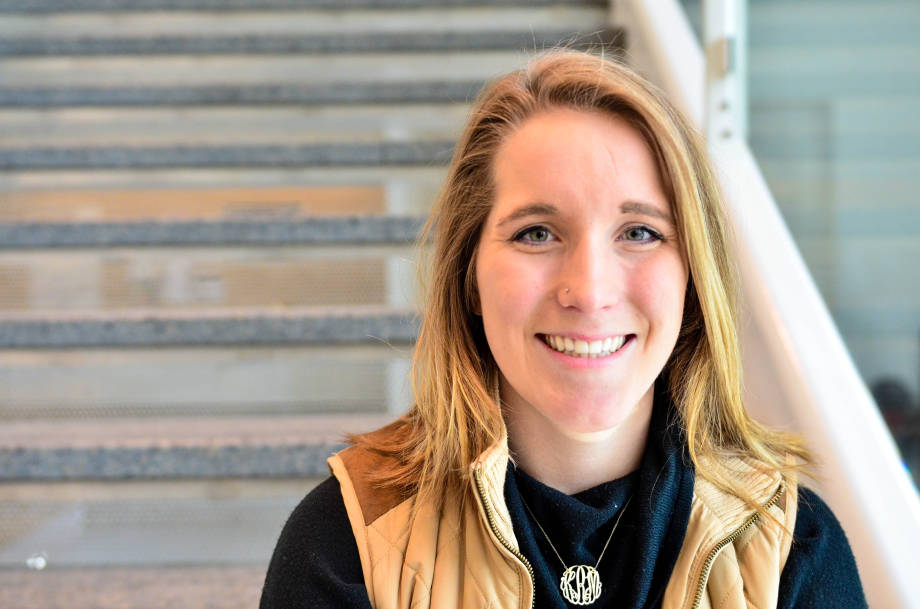 Kathryn Ruddy is an agricultural economics major from Independence, Mo., who said she was pleasantly surprised when she received an email from Maddie Murphy, MU Alumni Association Student Board president, saying that someone had recommended her to apply for the award.

“I’ve always been involved but I feel like there are so many great people doing amazing things on our campus. I remember seeing the Mizzou ’39 recipients at the basketball game and thought it would be remarkable to receive such an award but I never thought it would be possible for me.”

“I feel honored and still a bit in shock. It makes my four years at Mizzou even more memorable and validates all my decisions. This award wouldn’t have been possible without the support of my family and my two advisors, Dr. Maria Rodriquez and Dr. Jan Dauve. I’ve had help along the way from my Food and Agricultural Research Institute Research Institute (FAPRI) faculty Dr. Pat Westhoff, Dr. Julian Binfield, Scott Gerlt and Peter Zimmel. This award is as much theirs as mine. It wouldn’t have been possible without their continued guidance and support. Mizzou ‘39 represents the ultimate award for having the best Mizzou experience and leaving my mark at Mizzou.”

The revealing of the Mizzou ’39 students took place Feb. 23. Recipients were escorted to the steps of Jesse Hall facing the columns. Their names were announced and everyone present joined arms and sang the alma mater. The recipients were also recognized at the Mizzou versus Florida basketball game Feb. 24.