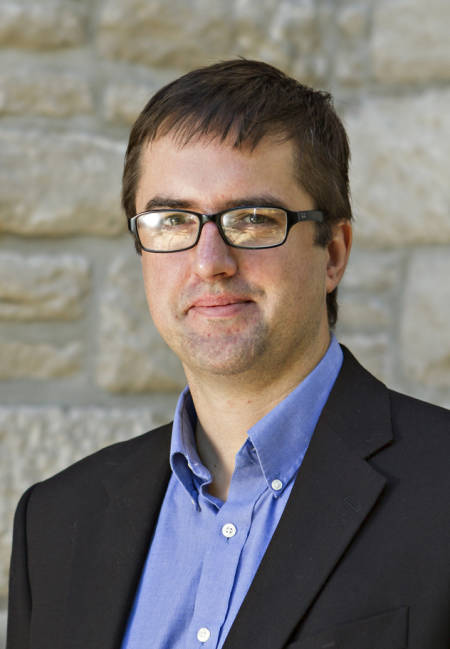 Each year several awards are presented to deserving researchers by the American Society for Enology and Viticulture. Misha Kwasniewski, Assistant Research Professor in Food Science, working within the Missouri Grape and Wine institute as the Enology Program Leader, is one of the few the society chose to honor this year, by awarding him with the 2015 Best Paper Award.

Kwasniewski’s paper was titled, “Persistence of Elemental Sulfur Spray Residue on Grapes during Ripening and Vinification.” He completed the revisions for his paper back in October 2014, and was notified Feb. 5 about receiving this award.

There were several reasons that caused him to further research this topic. He was originally intrigued because “one of the major challenges in grape production is controlling disease to ensure quality fruit is produced. Elemental sulfur is used to control powdery mildew on many grape varieties and has advantages over alternative controls. However, it is used very sparingly late in the season due to fears it could hurt wine quality. Ultimately this project sought to answer the question of when was it appropriate to use elemental sulfur as a control, what factors in the vineyard and winery impact its persistence, and what tradeoffs may or may not be needed between vineyard and winery practices,” says Kwasniewski.

“It was thrilling to be recognized in this way. As a researcher you hope to both be working on important questions, and for your methodology to definitively move the knowledge on that topic forward. With this award, peers are acknowledging that my collaborators and I were on the right track with this project.”