Teens who eat breakfast occasionally or habitually skip the meal experience poor metabolic response when they do start a consistent breakfast routine, a recent University of Missouri study shows.

“Current scientific evidence shows that sustained elevations in post-meal glucose is a strong contributor of poor glycemic control and is associated with an increased risk for the development of Type 2 diabetes and cardiovascular complications,” said Heather Leidy, an assistant professor in the MU Department of Nutrition and Exercise Physiology. “Because of the potential risk in the long term, identifying dietary strategies that individuals can begin when they are young to reduce post-meal elevations in glucose might prevent the occurrence of Type 2 diabetes and cardiovascular disease.” 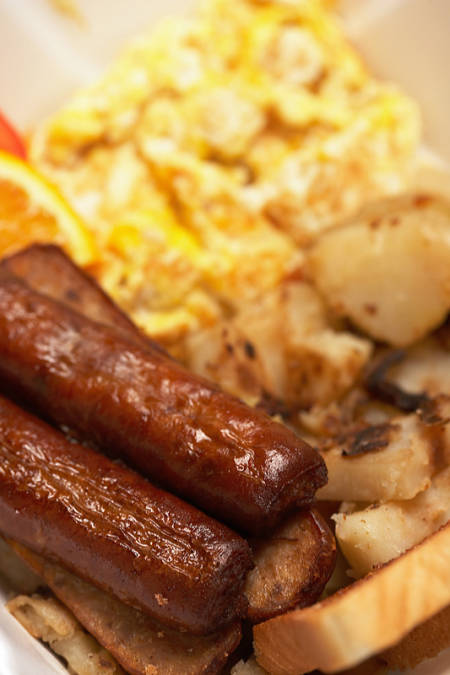 Metabolic responses to eating a high-protein breakfast are different between breakfast eaters and breakfast skippers.

To Eat Or Not to Eat

“These findings may indicate an increased inability among habitual breakfast skippers to metabolize a large quantity of protein,” Leidy said. “Unfortunately, we don’t yet know how long someone who has been skipping breakfast needs to continue eating breakfast to experience benefits. However, our data would suggest that once someone begins to eat breakfast, they should gradually transition to a breakfast with more protein – or about 30 grams – to elicit improvements in glycemic control.”

For Best Health, Dig in Every Morning

The study, “The effect of breakfast type and frequency of consumption on glycemic response in overweight/obese late adolescent girls,” was published in the European Journal of Clinical Nutrition. Other University of Missouri co-authors include Ammar Alwattar and John Thyfault. The research was funded by the Beef Checkoff and the Egg Nutrition Center. The funders were not involved in the design, implementation, analysis or interpretation of data.

The American Society for Nutrition recently named Leidy the recipient of the 2015 Mead Johnson Nutrition Award, which is given to an investigator for a single outstanding piece of nutrition research or a series of papers in the same subject accomplished within 10 years of completing postgraduate training.

Faculty members in the Department of Nutrition and Exercise Physiology have appointments in MU’s College of Agriculture, Food and Natural Resources, College of Human Environmental Sciences and School of Medicine.