Residents in mid- and eastern-Missouri will soon get better warning of dangerous weather, and scientists will have a new tool to help agriculture cope with changes in climate. Early this summer a new Doppler weather radar will be raised at the University of Missouri College of Agriculture, Food and Natural Resources’ South Farm Research Center.

The radar will close a gap over central Missouri not fully covered by radar sites in Kansas City and St. Louis. The radar beams from those metro radars is almost 10,000 feet high by the time it reaches mid-Missouri due to the curvature of the earth, missing important components of storms that develop over the Columbia and Jefferson City areas.

Jim Kramper of the National Weather Service in St. Louis said his forecasters are excited to get their hands on the new data. “While we have the entire state of Missouri covered, naturally as you go further out in range, you`re going to start losing things,” said Kramper.

The new radar will not only help Missouri’s central communities, but also provide forecasters an earlier look at developing weather that could later impact eastern Missouri and western Illinois. Severe weather usually tracks to the northeast.

The radar will give MU atmospheric science students hands-on experience in the latest forecasting tools and interpreting real-time data. More than 100 undergraduate and graduate students study weather and climate at MU, going into careers in forecasting, teaching and research. 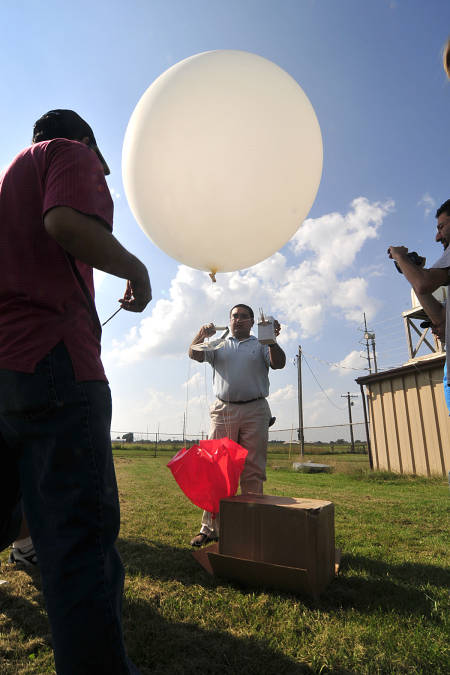 A Research and Public Service Mission

The new radar will be operated by MU’s Soil, Environmental and Atmospheric Sciences department of the School of Natural Resources, said Patrick Market, SEAS chair. The radar is one part of a $20 million National Science Foundation grant to fund a five-year, multi-institutional project to study climate variability and its potential agricultural, ecological and social impacts in Missouri.

“The Missouri Transect: Climate, Plants and Community” project received funding from the Experimental Program to Stimulate Competitive Research (EPSCoR), a program initiated by the U.S. Congress to support fundamental research, education in science, technology, engineering and mathematics (STEM), and workforce development in areas relevant to the economy.

“Missouri’s economy is driven by our diverse natural and agricultural ecosystems, which are affected by climate variability,” said John Walker, Curators Professor of Biological Sciences, director of the Division of Biological Sciences at MU and principal investigator of the project. “The Missouri Transect project, which capitalizes on our state’s core research strength in the plant sciences, will model and predict short- and long-term changes in climate and determine the impact on these important plant ecosystems, as well as on the communities that rely on them.”

“The collaboration among institutions as well as scientific disciplines will help drive the state’s research infrastructure and competitiveness,” said Hank Foley, executive vice president for academic affairs, research and economic development with the UM System and senior vice chancellor for research and graduate studies at MU. “It also will provide opportunities to move research from the lab to the marketplace and thus spur innovation and entrepreneurship.” 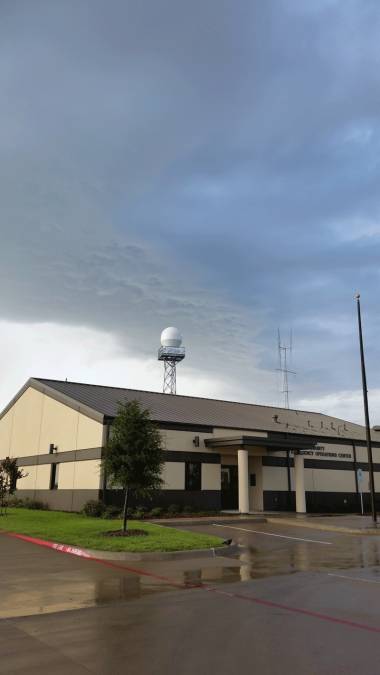 Dual Pol, the Latest in Radar

The radar unit is being built in St. Louis by EWR Weather Radar. Their E750DP unit uses dual polarization technology. Dual-pol, as it is known, creates a two-dimensional image because the radar sends both horizontally and vertically polarized electromagnetic waves. As these perpendicular fields bounce off an object and are received back at the radar, a computer program separately processes information about the horizontal and vertical dimension of the particles.

This type of radar can significantly improve the accuracy of the estimates of amounts of precipitation, and can tell the difference between very heavy rain and hail, which will improve flash flood watches and warnings. Dual-pol radar can identify types of precipitation in winter weather forecasts, improving forecasts of liquid water equivalent or snow depth. The system may contribute to increased lead time in flash flood and winter weather hazard warnings, as a result of increased confidence in radar data.

Dual-pol is the most significant enhancement made to the nation’s radar network since Doppler radar was installed in the early 1990s. Through better information about the type of precipitation in the atmosphere and its intensity, size and location, dual-pol radars will increase the accuracy of forecasts and allow for more accurate and timely warnings, giving the public better information to protect their lives and property.

Dual-pol also more clearly detects airborne tornado debris — allowing forecasters to confirm a tornado is on the ground and causing damage so they can more confidently warn communities in its path. This is especially helpful in the dark when ground spotters are unable to see the tornado.