A University of Missouri researcher has found a molecule that could aid mitochondrial recycling and keep brain cells alive. The molecule could be key to developing drugs that will keep brain cells healthy in individuals with Parkinson’s disease.

In normally functioning brain cells, mitochondria, or the “powerhouses” of cells, generate the energy needed to keep cells alive. When mitochondria become damaged and are no longer capable of making energy, they are sent to a portion of the cell called a lysosome to be repaired; however, in the brains of Parkinson’s disease patients, mitochondria fail to move to lysosomes, causing accumulations of damaged mitochondria that kill brain cells. 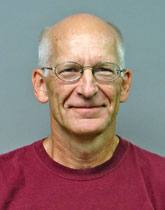 “Mitochondria eventually become damaged and no longer function properly, so the cell has a mechanism to recycle them, keeping them strong,” said Mark Hannink, a professor in the Department of Biochemistry. “In early onset Parkinson’s, mutated proteins ‘forget’ to recycle mitochondria, resulting in a build-up of toxic waste and early onset of the disease. In our study, we found a peptide, or molecule, responsible for an alternative pathway that bypasses the mutant Parkinson’s proteins and allows mitochondrial recycling. We feel that this peptide could prove useful in fighting diseases in the brain.”

This alternative pathway for mitochondrial recycling uses a protein called phosphoglycerate mutase family member 5 (PGAM5). In Hannink’s study, he discovered a peptide which acts as a “switch” to cause the protein to create an alternate pathway. By regulating the protein with the peptide he discovered, it may be possible to restore mitochondrial recycling in neurons of patients with Parkinson’s, lessening the severity of the disease.

“Peptides behave like drug molecules,” Hannink said. “Any time you can identify a biological process that is regulated by a peptide, that peptide becomes a leading candidate in the search for small, drug-like molecules that will act the same way.”

For Parkinson’s disease, the goal is to find ways to repair the mitochondria recycling process. The next step of his research is to produce a drug molecule that can regulate the PGAM5 protein in cells, just as the peptide did in his experiments, Hannink said. 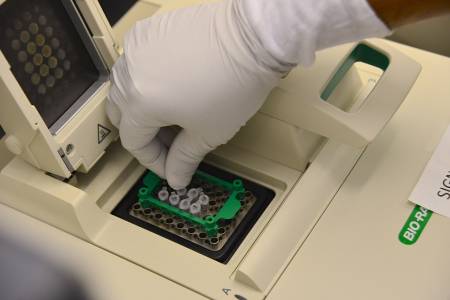 The early-stage results of this research are promising. If additional studies are successful within the next few years, MU officials will request authority from the federal government to begin human drug development (this is commonly referred to as the “investigative new drug” status). After this status has been granted, researchers may conduct human clinical trials with the hope of developing new treatments for Parkinson’s and other diseases.

Hannink’s study, “A conserved motif mediates both multimer formulation and allosteric activation of phosphoglycerate mutase 5,” recently was published in the Journal of Biological Chemistry. Peter Tipton, professor of biochemistry, and graduate students Jordan M. Wilkins and Cyrus McConnell contributed to the research.

The Department of Biochemistry is housed in the College of Agriculture, Food and Natural Resources and the School of Medicine.