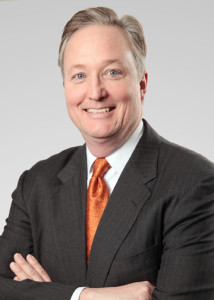 David E. McCaslin has recently been awarded the Distinguished Hospitality Management Alumni of the Year Award, and he has an extensive list of accomplishments that have led him to this achievement. He has been the President of Northwood Hospitality since 2009, where he is primarily responsible for overall operations and the asset management of its properties.

McCaslin said he felt honored to be the recipient of this award, and that he loved coming back to MU — where his appreciation for hospitality management began.

“Coming back to Columbia made me realize what a long and exciting career journey I have been on since I left,” he says. “All journeys have a beginning, and CAFNR HM was an important beginning for me. It opened my eyes to the possibilities that existed, and helped give me the confidence to pursue those possibilities. When I was given the Alumni of the Year award, my first thought was how long that journey had been, but then I remembered all the great memories and experiences and they all came flooding back. Not only did Mizzou start my career, it was where I first met my wonderful wife. The moment was happy and I hope I can in some way help spark someone else on a similar journey.”

McCaslin has more than 40 years of experience in the hospitality industry. He graduated from the University of Missouri in 1979, receiving a degree in Foodservice and Lodging from the Hotel and Restaurant Management Program.

Shortly after graduation, he began his work with Lincoln Hotels, a division of the Lincoln Property Company in Dallas, Texas. While there, he served in various operating capacities, and eventually became the General Manager for the Latham Hotel in Philadelphia, a branch of Lincoln Hotels. 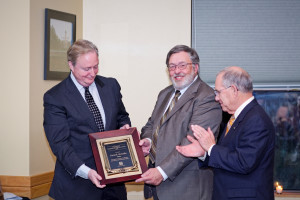 Following his work with Lincoln Hotels, he co-founded the original CapStar Hotel Company in 1987. CapStar operated primarily as a third-party manager for upscale hotels until the early 1990s. While in partnership with an affiliate of Oak Hill Capital Partners, CapStar began acquiring upscale hotels throughout North America.

In 2001, McCaslin departed from MeriStar. He went on to form Smilezzzz Hospitality, LLC, with the intention of forming an entrepreneurial boutique hotel company. In the following year, he partnered with the real estate investment firm HEI Hospitality, and became one of the four members of the HEI General Partnership. In 2004, HEI raised $274 million in HEI Hospitality Fund I, a hospitality-focused private equity fund. 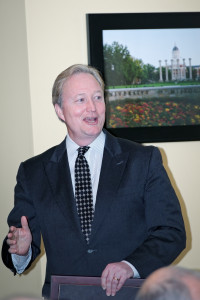 David McCaslin speaks at the celebration in his honor.

Eventually, he took his talents to the newly formed subsidiary, Northwood Hospitality, where he was appointed to President in 2009. After the conversion of the Radisson Boston to The Revere, Fortune magazine named it one of the top nine best new business hotels in the world. The $140 million renovation of The New York Palace made it a globally known luxury hotel. Recent acquisitions of the London West Hollywood and Waldorf Astoria Naples have resulted in the creation of a $2 billion portfolio in less than five years.

Since his graduation, McCaslin has kept in touch with the Hospitality Management Program. He is very supportive of the program, and has offered internships in past years. He also makes a yearly contribution to the program. To recognize his achievements, McCaslin was invited as the sixth speaker for CAFNR’s Reich Executive-in-Residence program in 1999.  This year, CAFNR just hosted its 46th Executive-in-Residence.