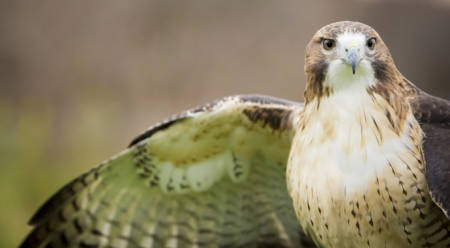 Raptors won’t live in urban business parks with vast expanses of grass and parking lots. Research in St. Louis just completed by the University of Missouri shows that adding certain trees and tall grass will attract this wildlife.

Charles Nilon, professor of fisheries and wildlife at Mizzou’s School of Natural Resources, and Jonathan Hogg, graduate student, studied what repels and invites birds to business parks. They’ve determined habitat characteristics that can attract five species of raptors prevalent in the Midwest. The team is sharing results with corporate landholders wanting to create a more diverse environment. 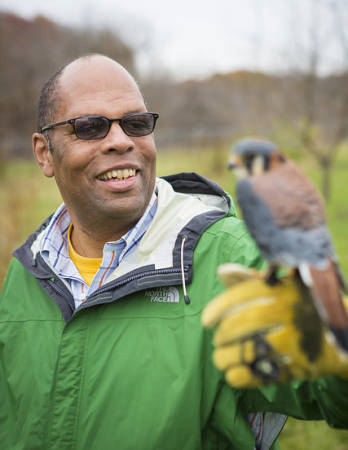 Charles Nilon and one of the species he studied in St. Louis, the American Kestrel.

Previously, it was thought that birds like the Cooper’s hawk, red-shouldered hawk, American kestrel and northern goshawk were too secretive and sensitive to live in any human-dominated landscape. Many of these birds were thought to have been displaced from their historic habitat by development.

Hogg and Nilon studied raptors, birds at the top of the avian food chain, as these birds are one of the most reliable measurements of a healthy habitat.

Where the Birds Are

“We hypothesized that more developed and cleared space such as lawn and pavement would negatively affect raptor presence,” Nilon said. “More natural land cover such as tall grass, woodlands and tree cover would be a positive influence on raptor presence.”

Field observations showed a surprising number of raptors who had adapted to some business parks. Hogg detected 224 birds and eleven species. At least two sites showed evidence of nesting.

As the hypothesis suggested, the birds avoided business parks with large areas of pavement and lawns – open areas where the birds can’t find food, protection and nesting areas. The research team found that for each five percent increase in lawn cover, raptor occupancy decreased by 12 percent.

Business parks with trees and woodlands are more hospitable. The probability of red-tailed hawk occupancy jumped 20 percent for each 10 percent increase in woodland cover, the research found. Red-tailed hawks hunt from perches.

Grassland increased the occupancy of birds who nest in foliage. The American kestrel’s population improved 12 percent with each 10 percent increase in grass cover. Preserving kestrel habitat is particularly important as their numbers have decreased in the Midwest, Nilon said.

“At a few locations we observed kestrels in pairs or, later in the season, with fledglings, suggesting nearby nesting,” Nilon said. 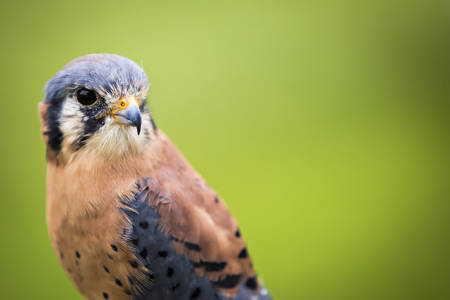 “The typical American lawn as seen around residences and business park space, with its plant monoculture and simple structure, tends to support less biodiversity, not just birds, than other areas with more naturally occurring plants and a more complex vertical structure,” Nilon said.

Nilon and Hogg spoke with several business site managers and owners who expressed pleasure with the prospect of raptors living at their site. Many owners told about sightings employees had made, and said they were open to incorporating raptor-friendly landscaping into their properties, even to the point of replacing the unbroken expanses of lawn favored by many corporations.

Nilon pointed out that employees prefer these more natural landscapes, too. He said many corporations nationally and internationally have begun habitat improvement programs on their landholdings. The Wildlife Habitat Council and the British Trust for Ornithology reports that a diverse wildlife population improves employee morale and encourages better relations with local communities.

The landscape changes don’t need to be dramatic to welcome raptors. “Smaller areas of non-lawn habitat throughout the property, or on the edges of a business park, are adequate to increase the presence of these birds,” Nilon said. “Retaining natural habitat on the edges of the development or on slopes, or along streams and rail corridors contribute to biodiversity in the urban business park landscape with virtually no impact on the usefulness of the property.”

Many business parks have undeveloped parcels that can be temporarily made into habitats until they are developed. “Such parcels as a potential boon for certain bird and butterfly species that inhabit early successional landscapes,” Nilon said.

The MU research results were published in the journal Urban Ecosystems, an international journal devoted to the ecology of urban environments. 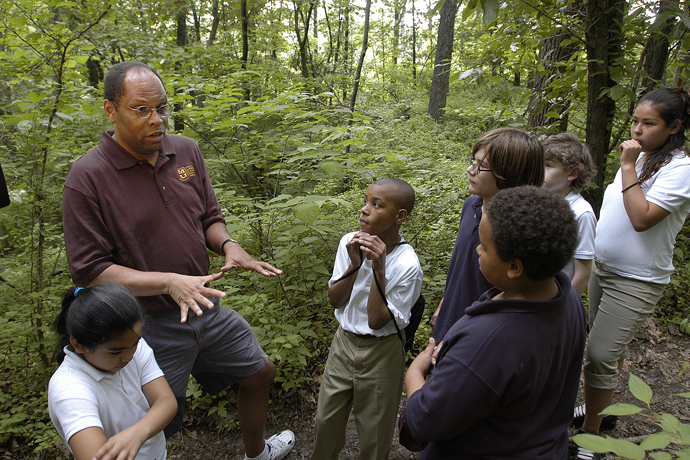