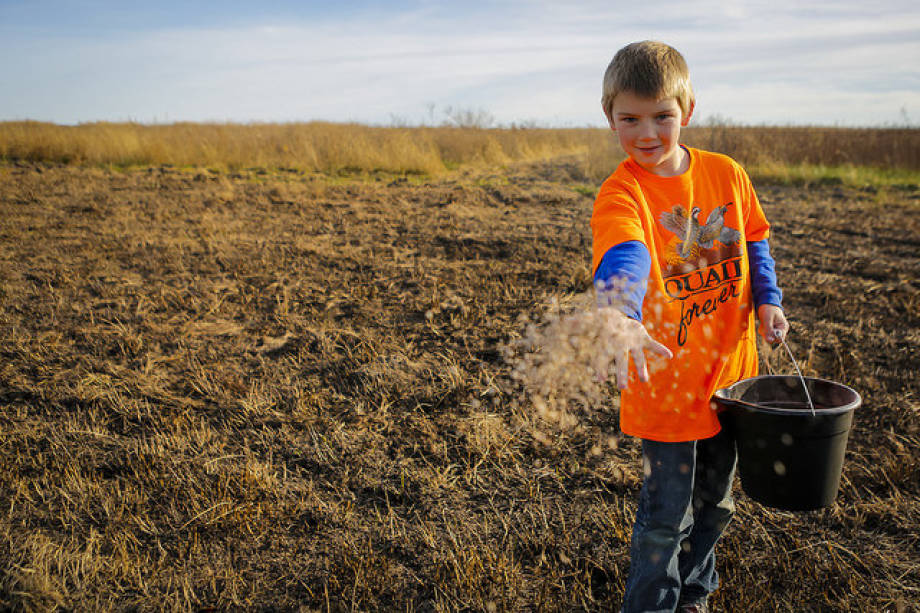 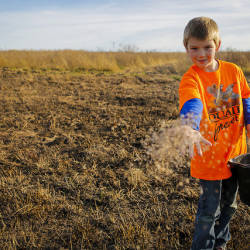 Third graders from Southern Boone Elementary in Ashland helped take part in a native pollinator planting project at Bradford Research Center Nov. 9. The project is part of a series of five plantings across the state partly sponsored by Missouri Department of Conservation, Quail Forever and Sport Dog Foundation. Seeds were provided by Pure Air Natives and Hamilton Native Outpost. Photo by Kyle Spradley. 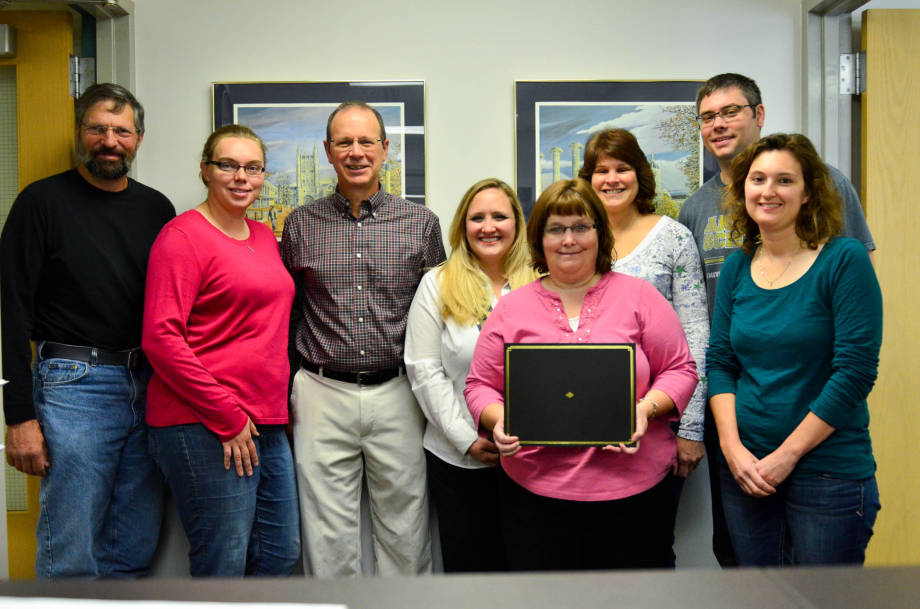 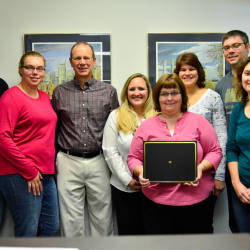 Photo by Morgan Lieberman | © 2014 - Curators of the University of Missouri

Cinda Hudlow, administrative assistant, animal sciences, was awarded the Above and Beyond Award for Quarter 1 by the CAFNR Staff Advisory Council. From left to right: Bill Lamberson, Marci Crosby, Tom McFadden, Amanda Swaim, Cinda Hudlow, Rocio Rivera, Ben Beaton and Trista Strauch. Congrats Cinda, and thanks for all you do for CAFNR! Photo by Morgan Lieberman. 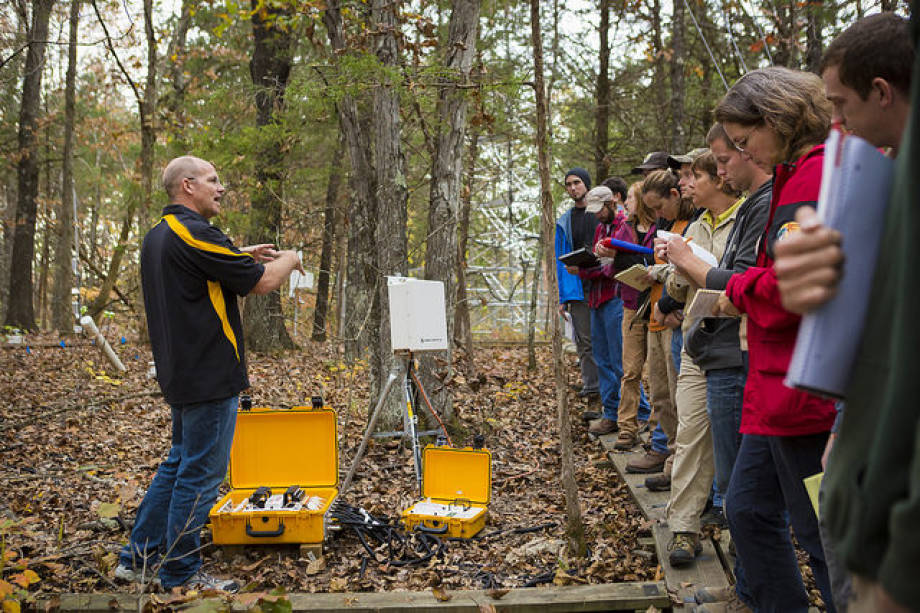 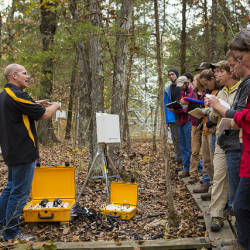 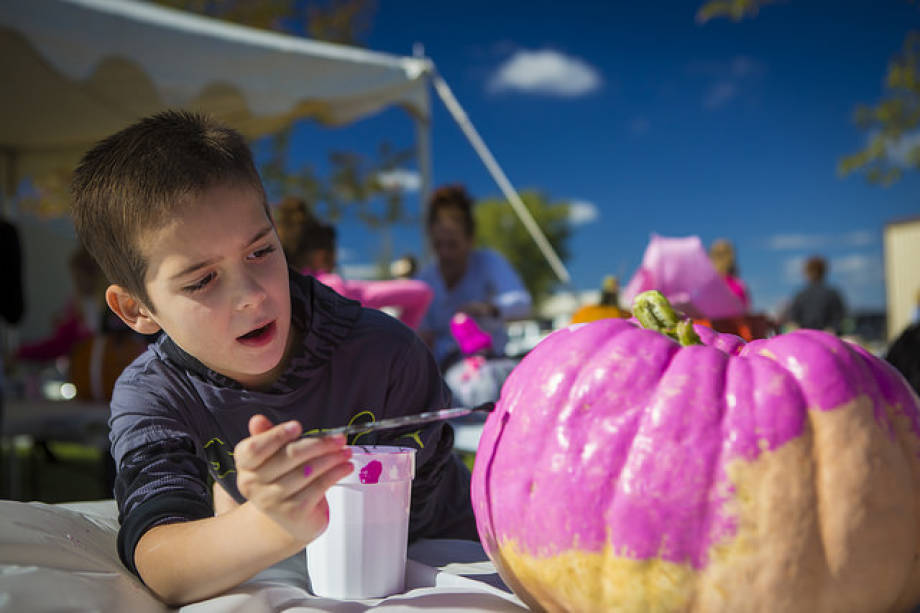 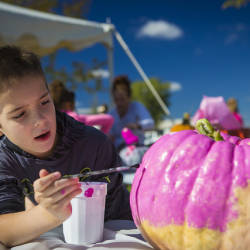 Alisha's Pink Pumpkin Painting Party was held at Bradford Research Center Oct. 18. More than 100 pink pumpkins were sold to help raise funds for women who need mammograms and to raise awareness for breast cancer. Superintendent Tim Reinbott planted the half-acre field of "Porcelain Doll" variety pumpkins as a donation to the organization. Visitors to the event were able to purchase a pumpkin and decorate it with inspirational quotes and other decorations. Christie McCullough and her six-year-old son Jacob paint their pumpkins here. Photo by Kyle Spradley.

Check out more photos from these events on our Flickr site. What are YOU up to? Send us photos and captions of the events and other happenings in your corner of CAFNR! Just email the information to hallmich@missouri.edu.