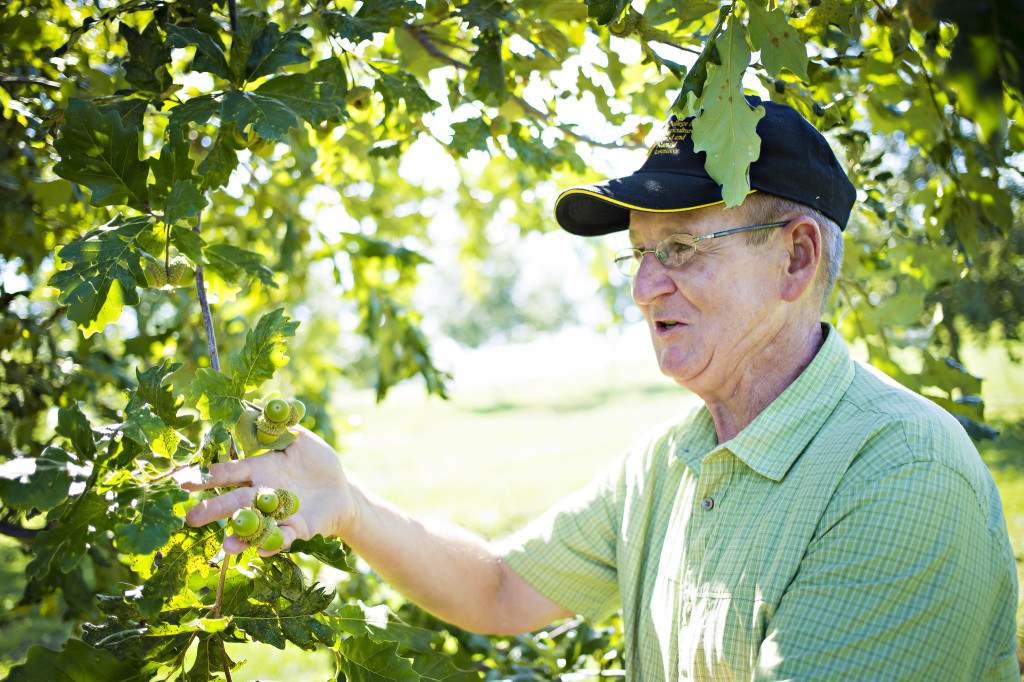 An African proverb says it takes a village to raise a child. Sometimes, it takes a team to commercialize a tree.

Mark Coggeshall, assistant research professor in forestry, has brought a new tree to market with the help of a few friends. Quercus bicolor, trade named Bucks Unlimited Oak, is a swamp white oak that can produce acorns after only five years of growth. Similar trees take 20 years to produce their first fruit. These acorns are preferred by wildlife such as white-tailed deer and wild turkeys. The tree also has a superior survivability rate — 96 percent in field trials.

This tree has such great commercial potential that tens of thousands of them have been planted and are now offered for sale, with MU sharing the profits. The tree is so unique that it was selected to be the 175th planted on the Mizzou campus this year to commemorate the 175th anniversary of the university.

He also developed an applied breeding program to increase the production abilities of the eastern black walnut, and has worked with the Missouri Department of Conservation to improve black walnut timber and shortleaf pine restoration. 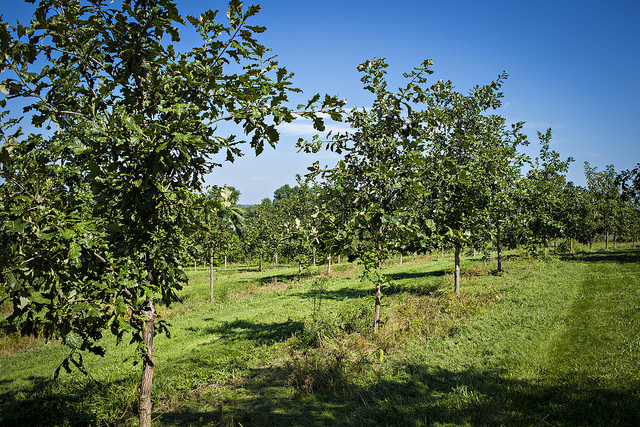 The trees were developed at CAFNR’s Horticulture and Agroforestry Research Center (HARC), located at New Franklin.

A Tree Eager to Produce Acorns

Coggeshall started isolating these trees and used natural grafting techniques to make the first examples. Soon, he had a tree that couldn’t wait to produce acorns.

Such a characteristic is important because attracting and supporting wildlife to view or hunt is a big economic deal in Missouri. Good hunting property is worth thousands of dollars more per acre than other property, said Shibu Jose, director of the MU Center for Agroforestry. Hunting, according to Hunting Works for Missouri, supports 24,000 jobs in Missouri with an overall impact of $1 billion. Missouri tourism will benefit from increased numbers of hunters coming to the state, added Jose.

A New and Leafy Income Stream

Government program cutbacks and lack of financial aid has made its impact on public universities. To make up for budget shortfalls, MU is boosting its efforts to commercialize some of its scientific discoveries. Most of the time this is a new manufacturing technology or biomedical advance, but sometimes it can be a fast-growing tree.

Coggeshall’s first tree partner was Nancy Parker, licensing and business development coordinator for MU’s Office of Technology Management and Industry Relations. Her office identifies, protects, markets and licenses technologies developed at MU to be commercialized by qualified companies for the benefit of Missouri citizens and the state economy. 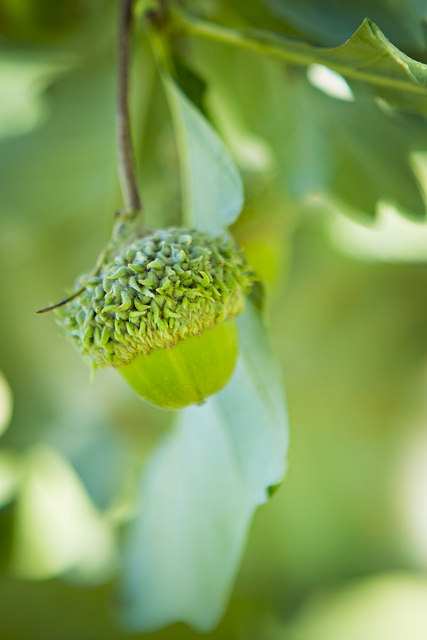 Acorns in just five years means a boon for wildlife.

Coggeshall and Parker partnered to determine the best commercial use of the tree, which has now joined more than 465 U.S. patents and signed 257 licenses for new technologies developed at the university since 2008. These include a meat-free chicken substitute made from plant proteins, a technology to control Salmonella contamination in the pasteurization of shell eggs and an antacid that suppresses gastric acid.

With the legal paperwork confirming that this Quercus bicolor was indeed a unique tree that could be patented and trademarked, the next step was to find a commercial partner. This turned out to be easy. Longtime friends and alumni of CAFNR, Wayne Lovelace, president of Forrest Keeling Nursery, and his daughter Kim Young, vice president of operations, were perfectly positioned to grow the tree as a commercial venture.

Wayne earned his forestry degree in 1958; Kim is a 1981 graduate. Both have stayed in touch with the college — the landscaping around the Agriculture Building was a gift to the college from their family, for example.

Lovelace and Young took Coggeshall’s research and added their own scientific element to speed production. Using their proprietary Root Production Method (RPM), they were able to grow replicates of the tree faster.

To Market, to Market

Forrest Keeling was founded 60 years ago and specializes in growing trees for environmental and conservation projects, such as rebuilding riparian areas, river forests and wildlife habitat. More than 50 percent of the nursery’s RPM production goes to such restoration work. All told, Forrest Keeling sells between 1.2 and 1.5 million trees, shrubs and seedlings each year.

Forrest Keeling Nursery is marketing the tree to landowners and hunters seeking to attract wildlife. Buyers are landscapers, conservationists, landowners and others in the tree’s natural growing area of Kansas to Florida to Maine.

Forrest Keeling has about 15,000 Bucks Unlimited trees in three-gallon containers for sale this fall at its nursery in Elsberry, Mo.. Another 15,000 are being grown for sale in the fall of 2015. With each sale Mizzou gets a licensing fee.

And the deer and turkeys can’t wait.