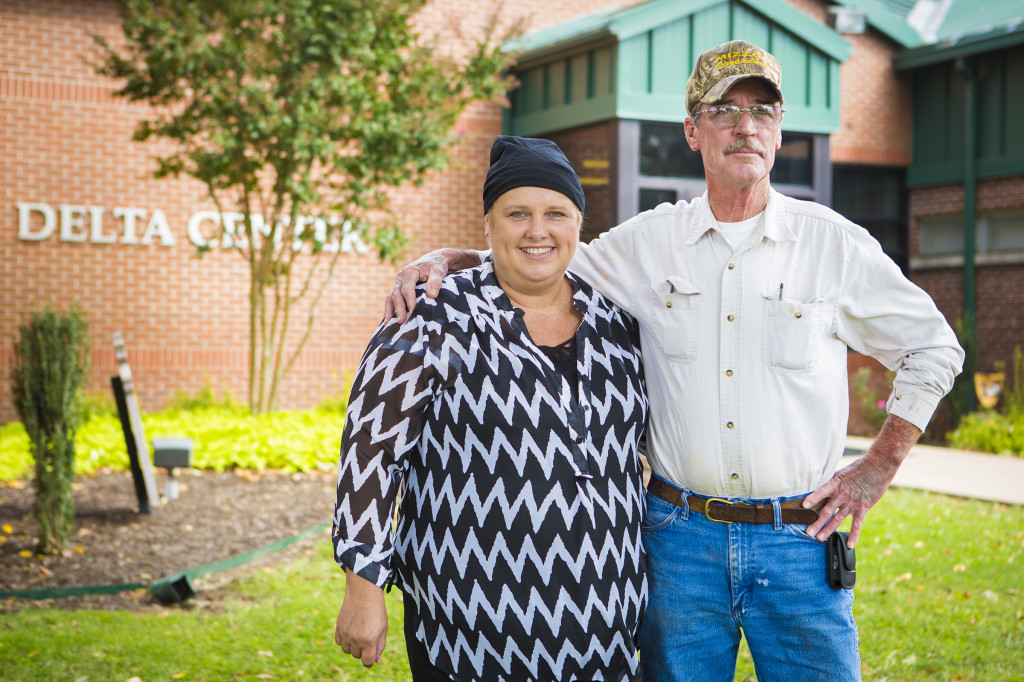 Most people think of a mayor as a professional politician with a big budget and a staff of assistants and cabinet members. In the small towns that dot the Bootheel region of southeast Missouri, where hamlets can be just a stop sign and a few houses, the reality is different. Here, leaders hold down regular jobs as they try to use limited resources and scarce funds to help their town progress.

At the Fisher Delta Research Center in Portageville, two employees have held mayoral roles while helping their neighbors and community.

Tina Clark, office support assistant, was mayor of nearby Wardell for six years from 2006 to 2012. Denis McCrate, agriculture associate, has been the mayor of Portageville since 2012.

“My father was an alderman and mayor pro-tem for 26 years and he always said, ‘If you don’t like what is going on, get in there and change it for yourself,’” said Clark. “That is why I stepped in as mayor. I wanted to help out my town.”

Although Wardell only boasts 500 people, the job was time consuming for Clark. Often times she responded to calls from residents or spent countless hours researching grants and writing proposals for financial aid assistance.

“We’re always looking to get state and federal aid to help in sewer projects and other public works,” said Clark. “Before I left I helped us get a new police car. That was really rewarding to see my work benefit Wardell.”

Portageville is larger at just over 3,000 residents but the same is true for McCrate — the job takes up a lot of his free time.

“Besides the regular calls, I’m in the city hall a couple days a week to help out any way I can,” added McCrate. “This is a full-time job for someone, but it doesn’t pay much. Many mayors don’t get paid at all. We are just doing this for our towns.

“There’s a purpose for a mayor, even in these small towns. We’re there to help guide progress and improve things in the community.”