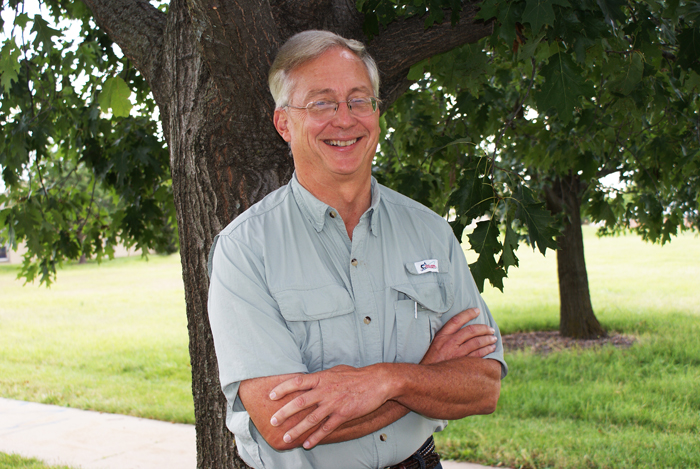 Mike Smith, professor of reproductive physiology in the College of Agriculture, Food and Natural Resources’ Division of Animal Sciences, was named a University of Missouri System’s Curators Teaching Professor.

A Curators Professorship is the highest and most prestigious academic rank awarded by the Board of Curators. It is awarded to a select few outstanding scholars. Each Curators Professor is asked to be a resource to the entire University through activities such as lectures and research across divisional lines.

Smith came to MU in 1980 as an assistant professor with responsibilities in research and teaching. He was promoted to professor in 1990. He served as interim director of the Division of Animal Sciences from 2001 to 2006.

In addition to teaching, Smith and Animal Sciences Professor David Patterson developed a reproductive management internship program. More than 100 students have participated in this program since its conception 18 years ago. The program helps interns refine their skills before an internship starts.

In 2013, Smith was named a fellow by the American Society of Animal Science. The award is one of the highest recognitions given out by the professional association that serves more than 5,000 animal scientists and producers around the world.

Smith earned his Ph.D. in physiology of reproduction from Texas A&M University.  The long range goal of his research is to increase reproductive efficiency in beef cattle. Smith and his graduate students are trying to better understand the factors affecting the establishment and maintenance of pregnancy in beef cattle.

Smith and his wife Stephanie have two grown children. They own and operate a beef cattle farm named Windrush Farm near Columbia.

“The most influential people in my life, besides my family and a few close friends, have been educators that inspired me to learn and introduced me to new fields of knowledge,” Smith said.  “Equally important have been mentors who guided me throughout my career. In my experience, the most inspiring educators also serve as mentors.  I have often wondered, ‘what makes someone an inspiring teacher and (or) mentor?’ In my view, they have a passion for what they do, enjoy investing themselves in the intellectual and professional development of others, and frequently derive more satisfaction from their students’ success than from their own.”