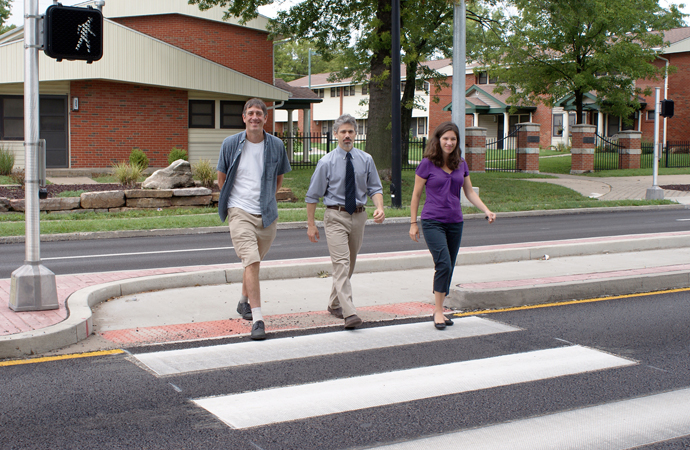 A signalized pedestrian crosswalk and 400-ft. long median in Columbia, Mo. that replaced an elevated footbridge has increased pedestrian safety. The design could help other communities decrease the hazards of crossing major streets and increasing mobility of people who don’t always have access to a car.

Results from a two-year research study by the University of Missouri, City of Columbia and PedNet Coalition show several beneficial community impacts from a 2013 GetAbout Columbia project to install a pedestrian-activated crosswalk system on Providence Road in front of Douglass High School.

The study compared traffic speeds and pedestrian crossing behaviors before and after the project, which included demolition of an old footbridge, installation of the new crosswalk and pedestrian enhancements.

According to Sonja Wilhelm Stanis, a Parks, Recreation and Tourism associate professor at Mizzou, baseline data were collected during the second week of June 2012, and then repeated exactly one year later — after completion of the construction project. “All of our results indicate the project was successful in improving pedestrian safety and slowing traffic in the area,” said Wilhelm Stanis, joint principal investigator with Stephen Sayers, an associate professor in the Department of Physical Therapy at MU.

The researchers designed and implemented the study in partnership with Ian Thomas, then Director of PedNet and now a member of the Columbia City Council. 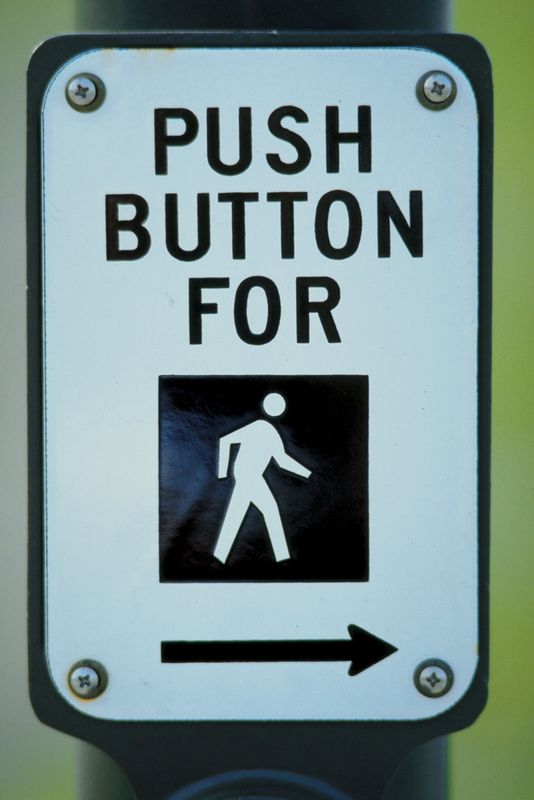 It Can Be Dangerous to be on Foot

“Pedestrians can be second-class citizens to drivers,” said Thomas, who is also a board member with America Walks. “Within a month of the safety improvements, 20 percent of all crossings were ‘safe crossings’ – meaning pedestrians were using the new crosswalk – compared with just 5.7 percent when the only safe option was the bridge.” The increase in safe crossings was particularly apparent for youth, with an increase from 7.1 to 31.3 percent.

The research team recently conducted a third set of measurements, and preliminary analyses indicate that the use of the crosswalk by local residents and adoption of healthier, more physically active lifestyles has continued.

The crosswalk also impacted driver behavior on Providence Road, according to a City of Columbia traffic study.  While the average speed fell slightly from 34.8 to 33.5 mph, there was a significant reduction in the number of vehicles exceeding the 35 mph speed limit – from 46 to 34 percent of all vehicles.  Even more dramatically, vehicles traveling more than 10 mph over the speed limit fell from 3.4 to 1.8 percent.

Providence Road between Ash and Worley Streets is a five-lane, high-speed arterial highway that is a significant barrier for Columbia’s First Ward residents to safely access public parks, high school and the downtown area.  Residents, some of whom don’t own a car, have few options but to cross this road between moving traffic.