On a September morning in 1919, a World War I surplus Curtiss JN-4D “Jenny” biplane rumbled off a sod airfield for an hour flight circling Columbia and the University of Missouri.

In the rear pilot’s seat was Fred Neidermeyer, Jr., World War I combat flier and son of a local real estate developer. In the passenger seat, with his camera, was MU Civil Engineering student Warren Fowler.

Their mission was to capture what were probably the first aerial images of Mizzou and its surrounding city. 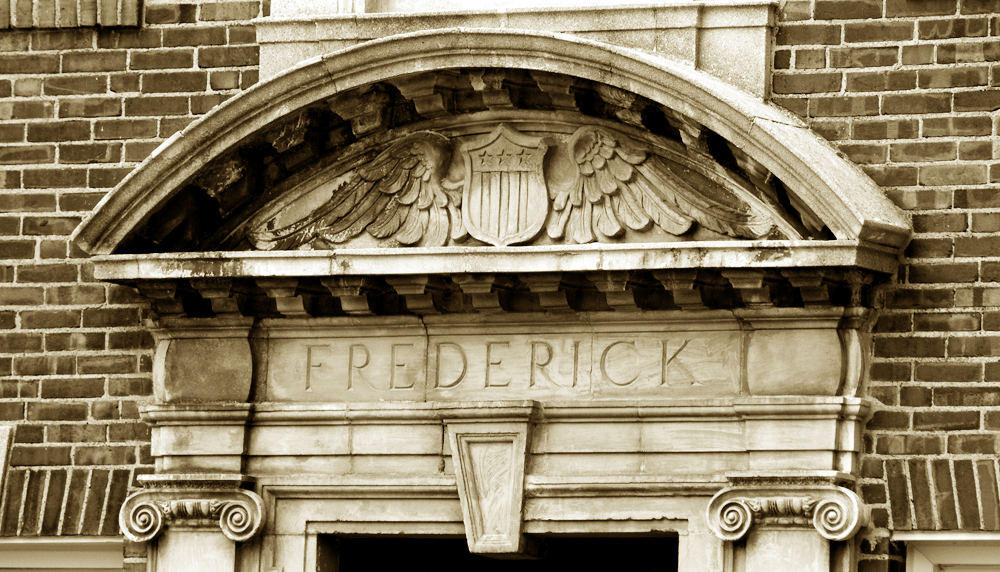 These images are part of a scrapbook compiled in 1920 by Fowler. This scrapbook today is part of a larger collection of Fowler’s student memorabilia donated to the University of Missouri Archives.

Fowler’s handwritten explanation states: “Airplane views of the University of Missouri and Columbia. Taken Sept. 1919 from airplane.” Sadly, he adds: “Neidermeyer was killed in an airplane accident in the spring of 1922.” He was 26 years old at the time of his death. 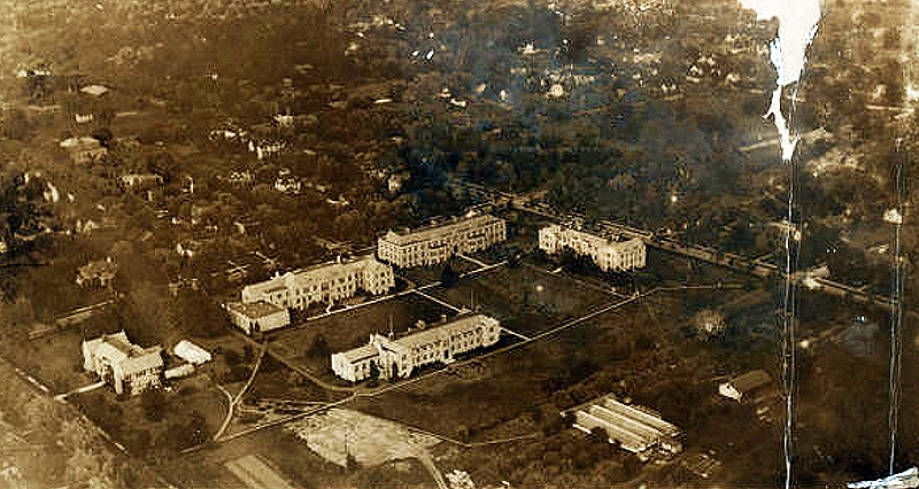 The University’s agricultural White Campus as it looked in 1919. A bare patch of ground (lower left) is likely being prepared for the 1920 construction of Gwynn Hall, and the clump of trees left of it marks the spot where the Memorial Union and Tower now stand. In the photo are (clockwise from left) Whitten, Waters, LeFevre, Schweitzer and Stewart halls. Mumford Hall has yet to be built. Across the street from Waters, where a parking garage now resides, are houses of the city of Columbia. The area of the lower right of this photo, near where the Ernie and Lottie Sears Plant Growth Facility now sits, is a greenhouse and outbuildings of the Agricultural College Farm. This area was known then as the Agricultural Quadrangle — the College of Agriculture’s version of the MU Quad. Later, this expanse would be called the Science Quadrangle. 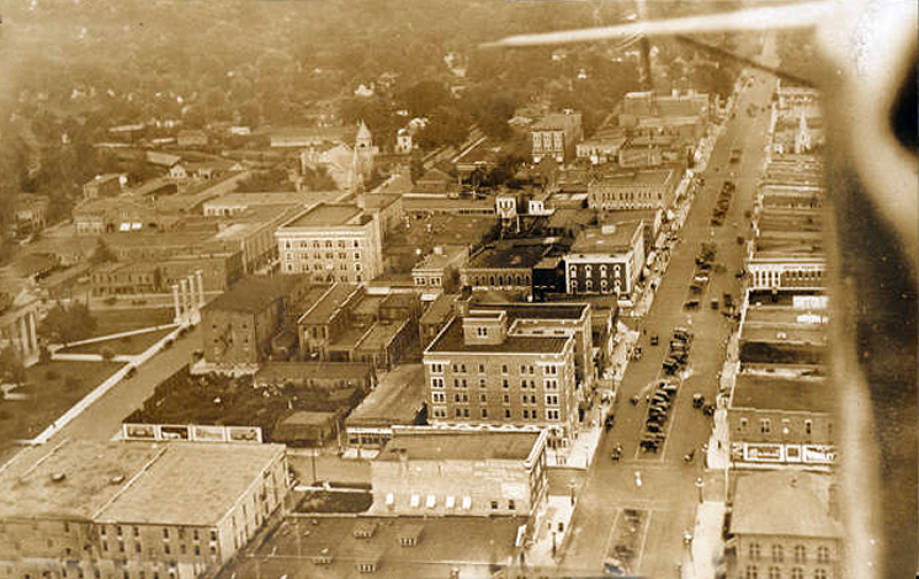 Fowler’s caption for this photograph reads: “Going west over Broadway.” Many of today’s Columbia buildings are recognizable, including a portion of the Boone County Court House (extreme left). Part of the fuselage and tail of Neidermeyer’s aircraft can be seen on the right. 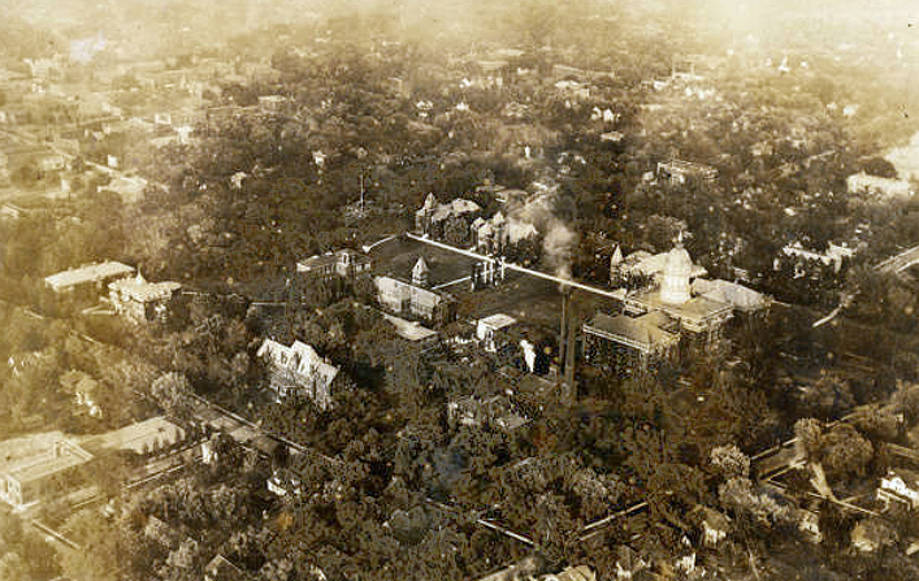 This photograph is of Mizzou’s Red Campus. Well-known buildings, such as Jesse and Switzler Halls share the space with long-vanished structures such as the old power plant (adjacent to Jesse Hall) and Lathrop Hall (on 6th street where Engineering East is now located).