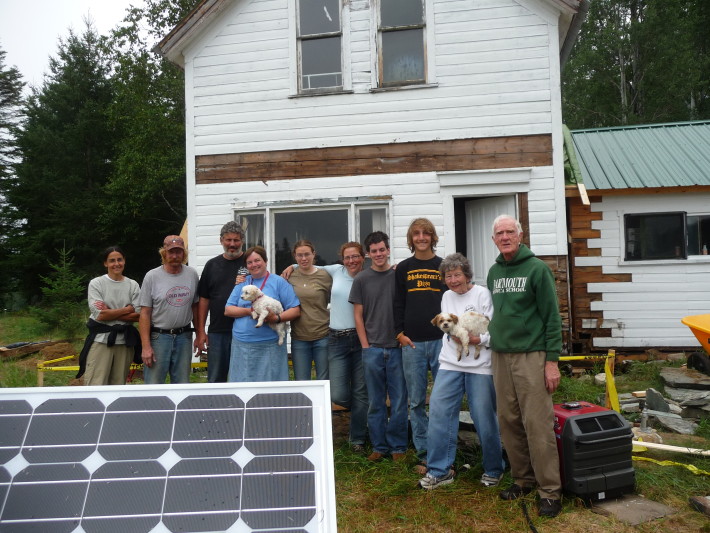 Heading to your summer place for the weekend?

For John Lory, that means driving more than 800 miles north through Duluth, Minn., and crossing the Canadian border at International Falls. And that’s just where it gets interesting! Lory, associate Extension professor in plant sciences, then drives another 65 miles on blacktop and logging roads and then goes off-road – by way of a motor boat – 32 miles north, through the Manitou Lakes system, until he sees the white clapboard house he and his family are renovating.

Why the long trek? The land has been in Lory’s family since 1885, when Lory’s great-great uncle, Will Watson, built a log cabin on the property of his new homestead. Will had been a gold prospector – “or at least a tall-tale-teller,” Lory says. The cabin is still standing and is now used as storage. 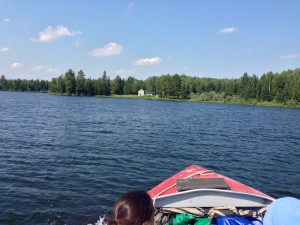 Lory catches the first glimpse of their summer home from his boat.

In 1904, Will built the white house for his new wife, Alice. They lived there until Will’s death in 1938. Alice then lived there alone until the mid-1950s.

“They became local folk legends,” Lory says. “Especially Alice,” who would often snowshoe 10 miles to the nearest town in the winter for her mail. The house is a local landmark – as the only white clapboard house on the Manitou, in an area better known for wilderness, fishing and hunting lodges and log cabins. A book has even been written on the Watsons and the area.

It was after Will’s death that Lory’s grandparents decided to make the journey from Pennsylvania to check up on Alice. The house was passed on to Lory’s grandparents after her death; they renovated it and used it as a summer house. Lory recalls summers of his youth spent in the Canadian wilderness.

The house was then abandoned for 35 years, until it passed into Lory’s generation of siblings and cousins in 2006.

“It was still standing, but dilapidated,” Lory said. “It’s been a family project to renovate it. I’d always wanted to go back to the Manitou.” Lory and his family spent many summers canoeing in the Boundary Waters Canoe Area Wilderness (BWCAW), for example – he never lost his love of the area.

Renovations started with jacking up the entire house and rebuilding it from the ground up. Lory and relatives have added solar panels and a generator. Next up: a shower, compost toilet, side screened-in porch and open-air front porch. Growing up, Lory says, the house did not have electricity. They still pump drinking water from the lake. 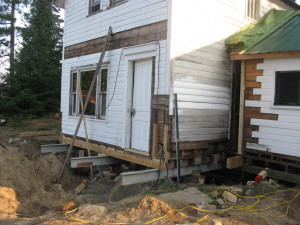 The house on jacks as renovations begin.

At the time the house was built, there was much gold mining in the area, Lory says. In the summer there was a ferry to take folks to the nearest town – Gold Rock. The nearest neighbors now are 2-3 miles away.

“The goal is for it to be a family vacation home,” Lory says of the property. “My family values having a family getaway.” They take breaks from the restoration work to swim, fish and explore. The area is home to loons, moose, black bear, beaver and trophy muskie fishing, in addition to northern pike, bass, walleye and lake trout. And with so much work going on with the house at the present time, when they visit they really are just doing “glorified camping,” he says. “It definitely takes planning – if you forget butter, forget about it!”

There is no cell phone service, no Internet. They do have a radio phone and when they visit more often (after Lory retires, he says) they will likely invest in satellite Internet to better stay in touch.

But Lory says he wouldn’t have it any other way.

“I really think you need some time where you can really get away,” he says. “There are only so many places where that’s true, and this happens to be one of them.” 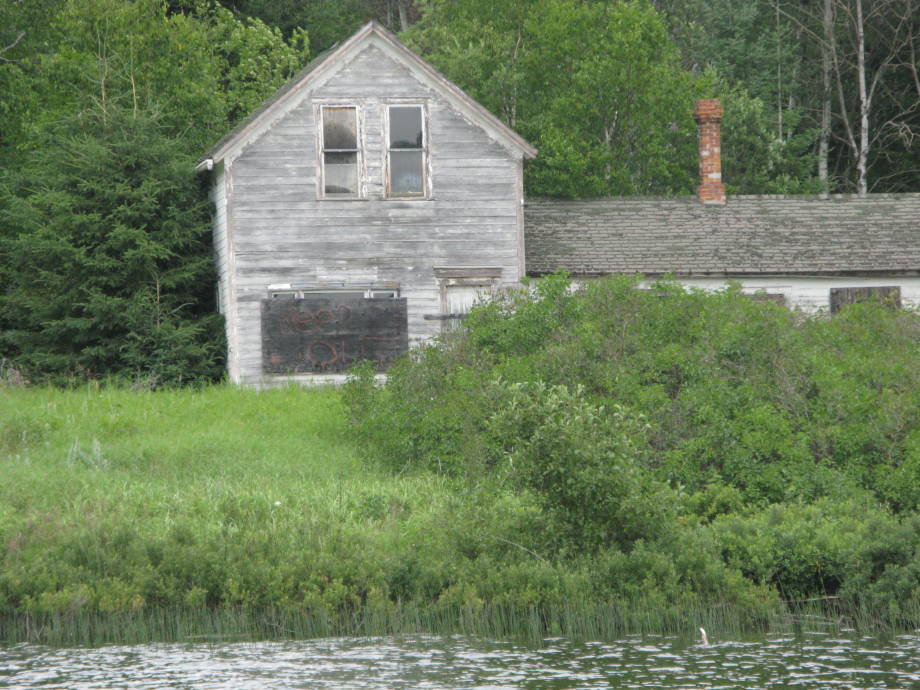 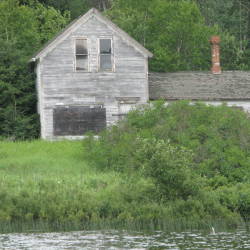 The house in 2006 before renovations began. 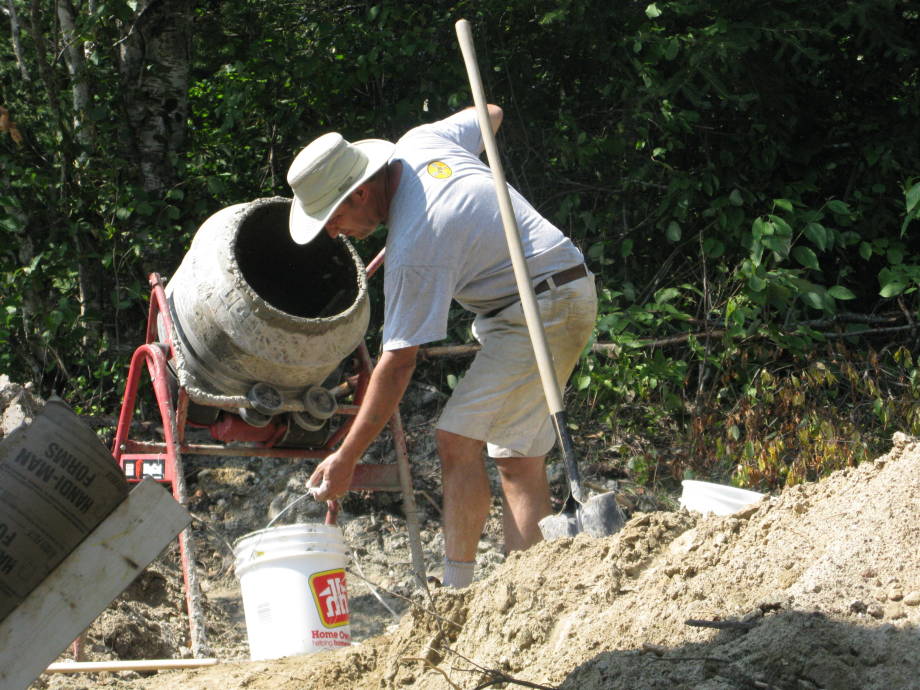 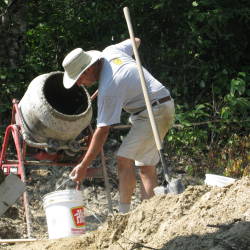 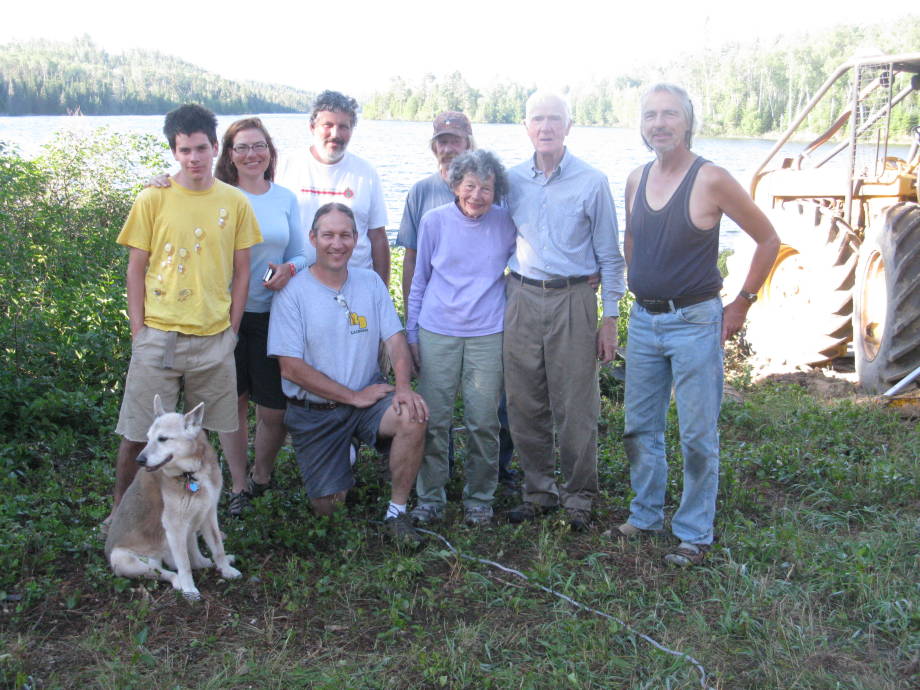 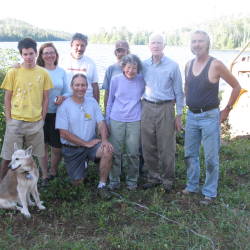 Lory and family enjoy the property. 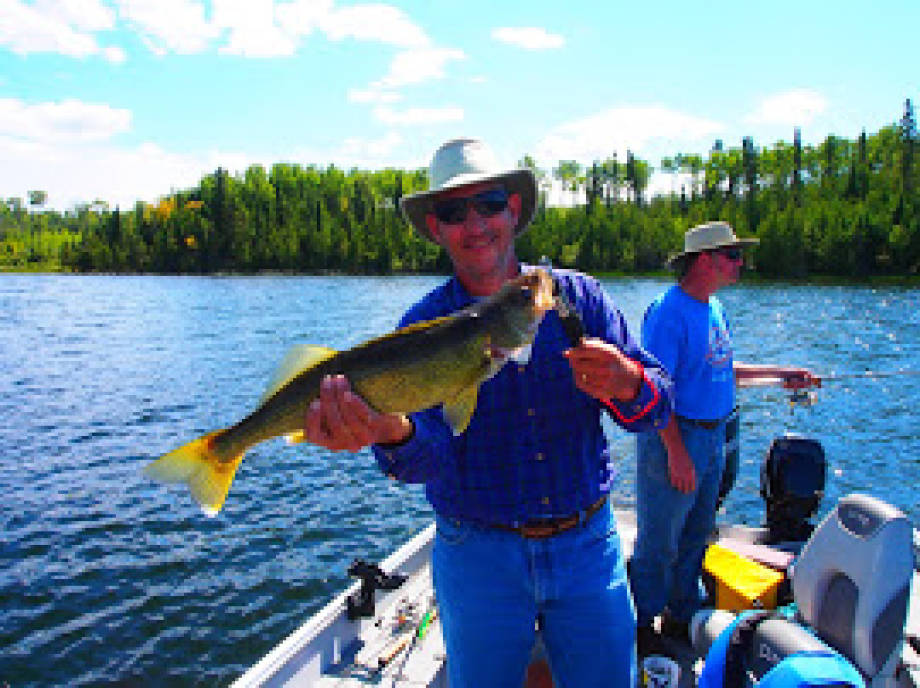 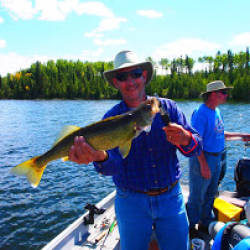 Great fishing on the Manitou. 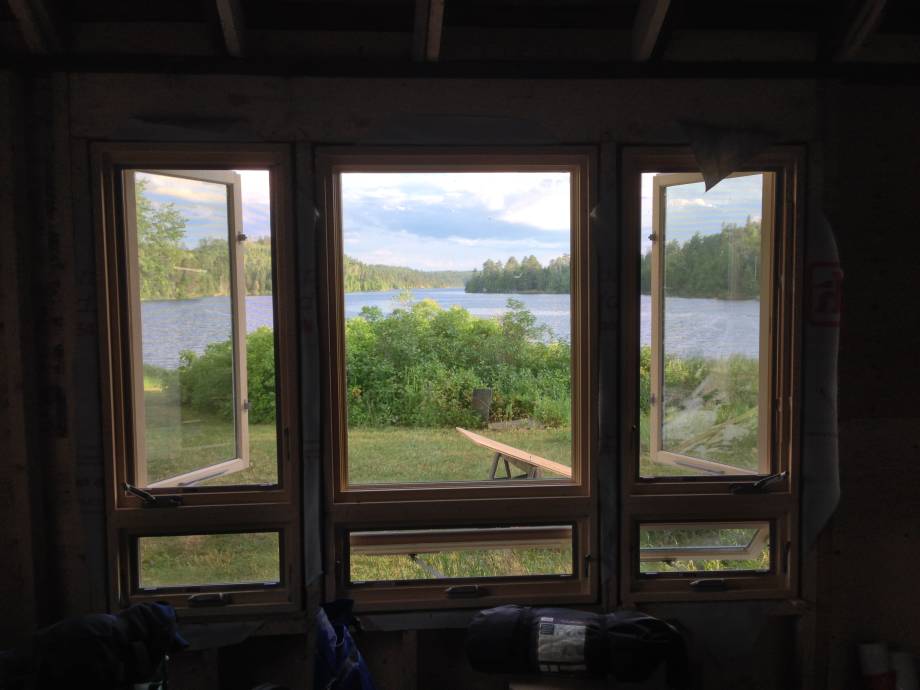 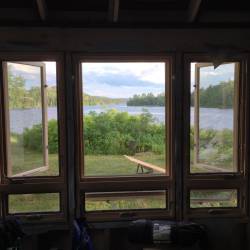 The view from the front of the house. 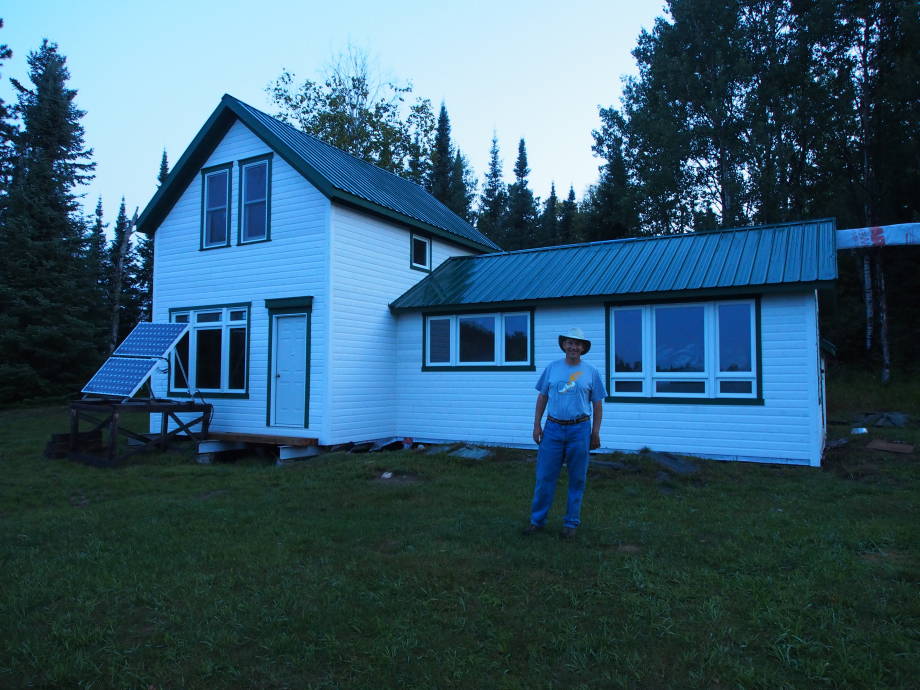 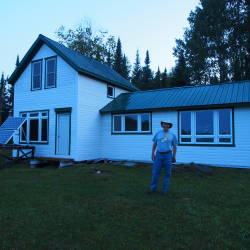 Lory in front of the house in its current state. 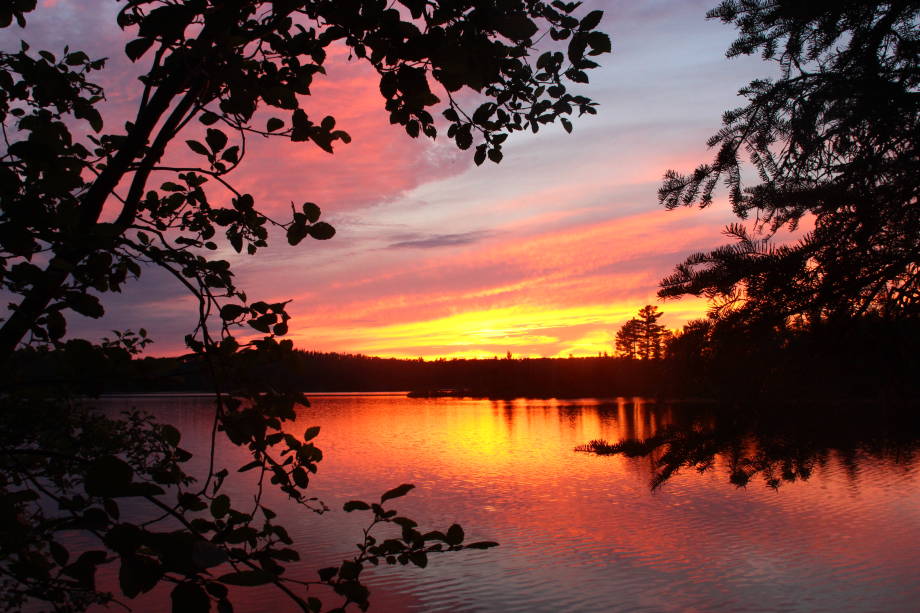 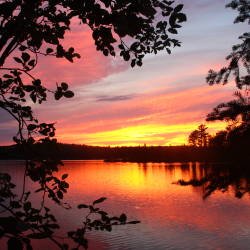 Sunset on the Manitou. (Photo by Asa Lory) 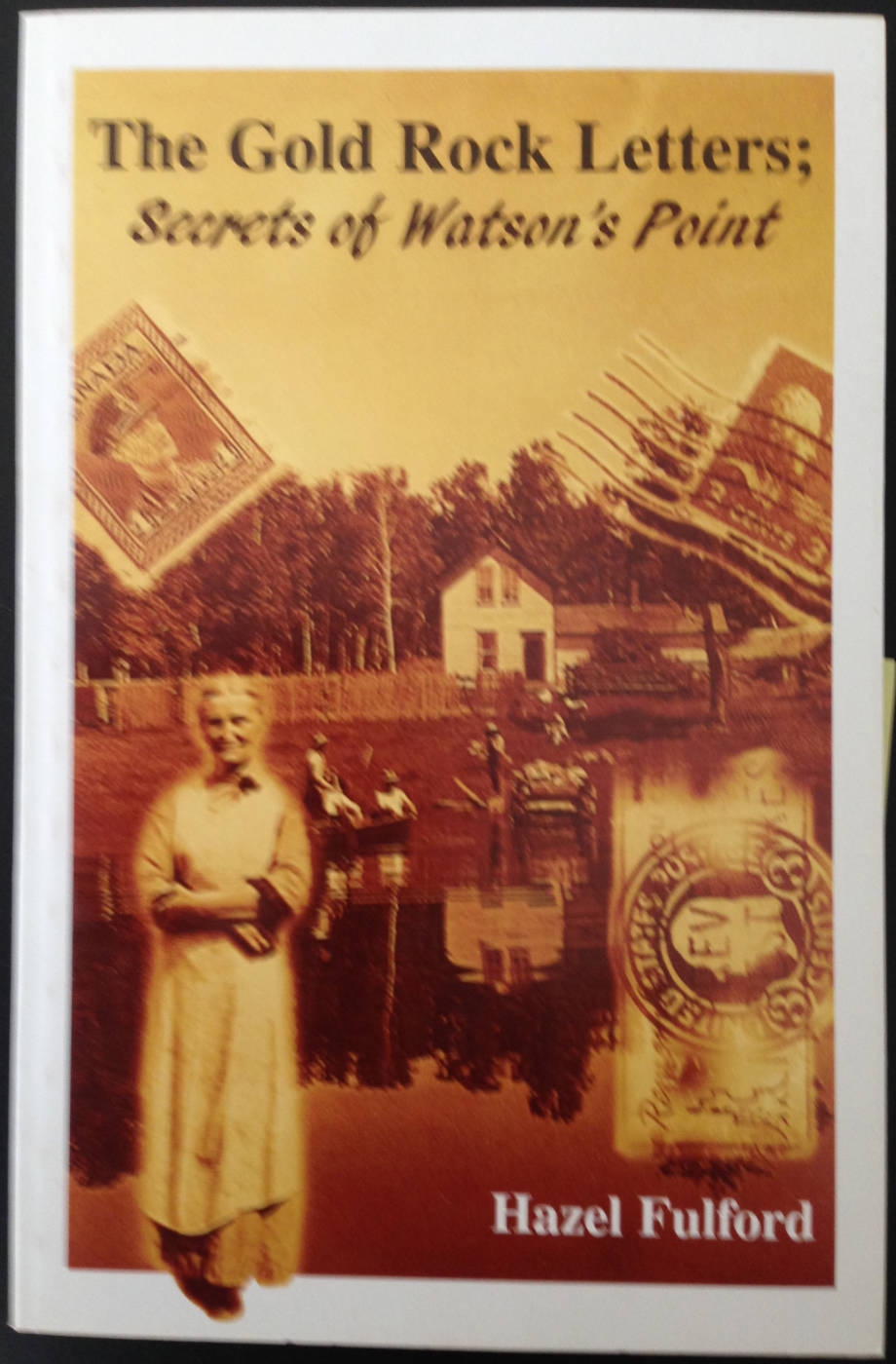 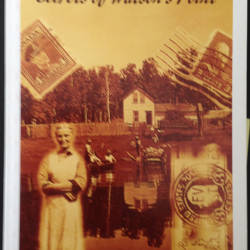 The book about the Watsons and the area. 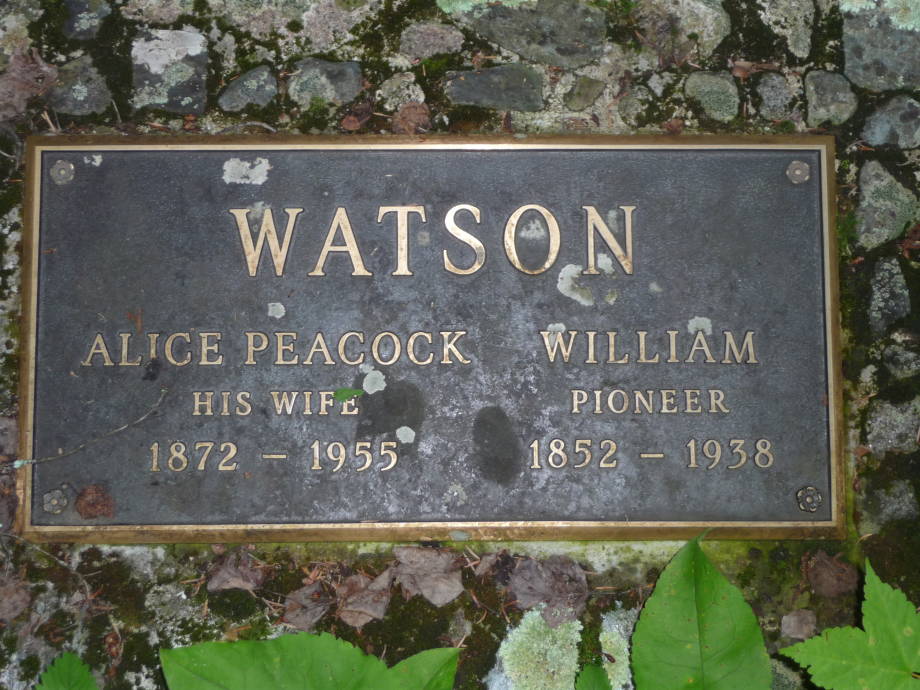 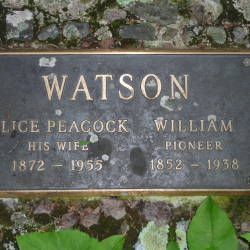 Will and Alice's tombstone. 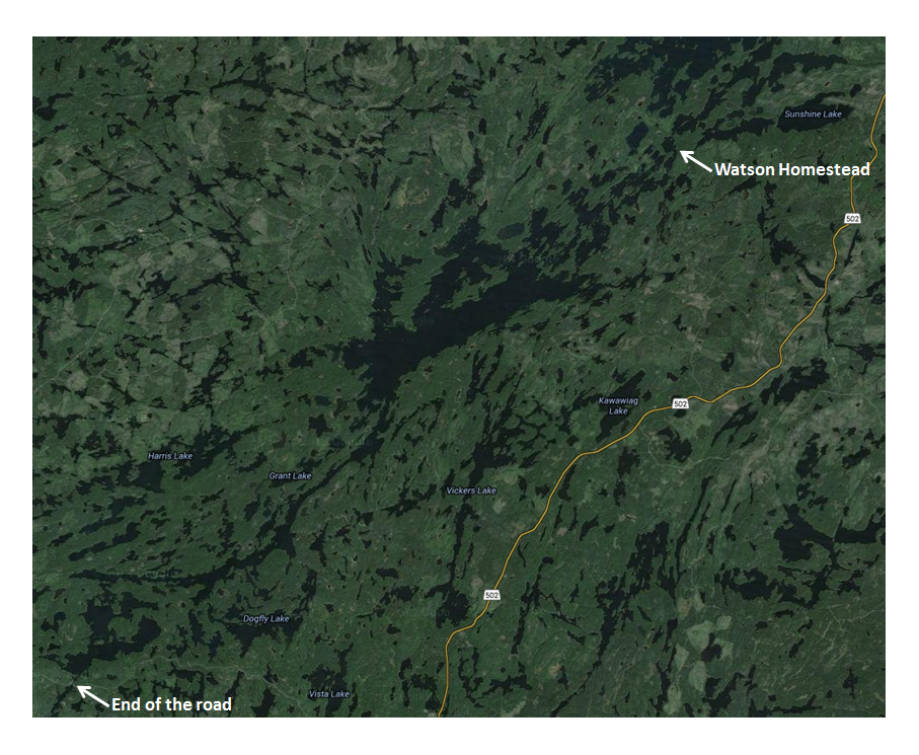 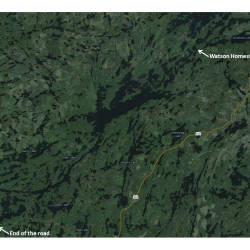 A map of the area.