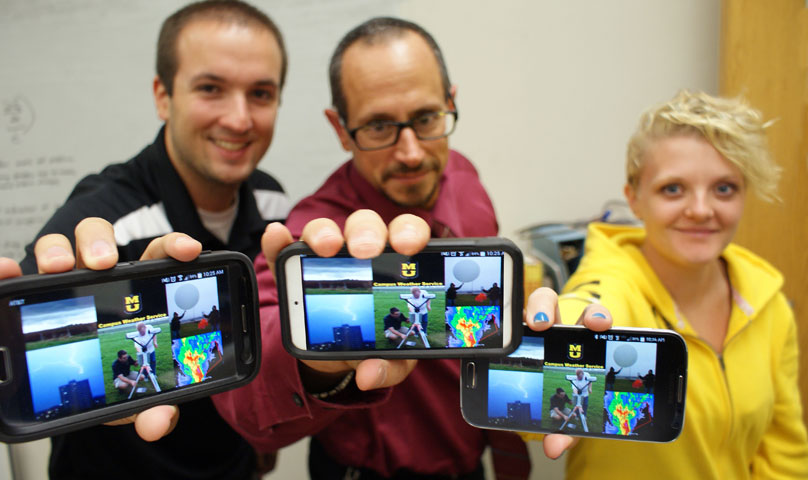 Missouri is noted for changeable weather and this summer the alternating hot and cool spots and damaging storms have been no exception. There’s a new alternative to keep you apprised of what’s happening outside.

Graduate students in atmospheric science at the University of Missouri have created an MU Weather Service Twitter and Facebook page. Here, people can get a look at the forecast on their mobile devices and have a little fun.

The effort is led by Peter Speck, a graduate student looking to later conduct research with the National Weather Service. He wanted to give himself and his fellow students experience in forecasting using the instantaneous abilities of social media to move information to a number of people. He also enjoys seeing people’s reaction to the forecasts with questions and stories – something that doesn’t happen with a daily TV weather broadcast. 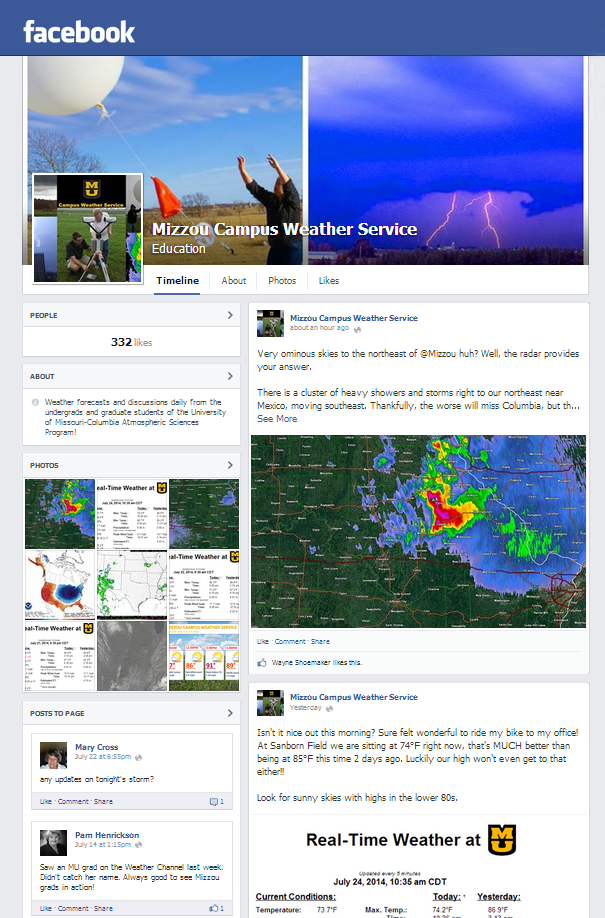 The weather service has been out for a few months and has attracted a good following, including a few MU meteorology alumni who keep in touch with what’s happening at the old school. They share tips and insight to that acts as an adjunct to the students’ classroom studies. Folks with just an interest in weather can keep up the discussion, too, which could result in the first reports of storm damage or other heavy weather.

Tony Lupo, chair of Mizzou atmospheric science said the department’s previous web page-based forecasting approach was too static and slow in the age of social media. The new project allows for forecasters and the public to interact, giving the students a keen insight into how the accuracy of their forecasts impact regular people.

Most of the forecasts are for central Missouri, but range into the rest of the state if conditions make it necessary. The tweets and posts are not all heavy-duty science, but contain announcements that it is too nice outside and the forecaster is heading out for a bike ride. Among the informality are links to official NOAA charts and radar data.

Speck is the managing editor of the effort, juggling the schedules of graduate, undergraduate and even doctorate students, making sure everyone who wants a shot at making a forecast gets one. He’d like to see an app or live-streamed video come as the next step.