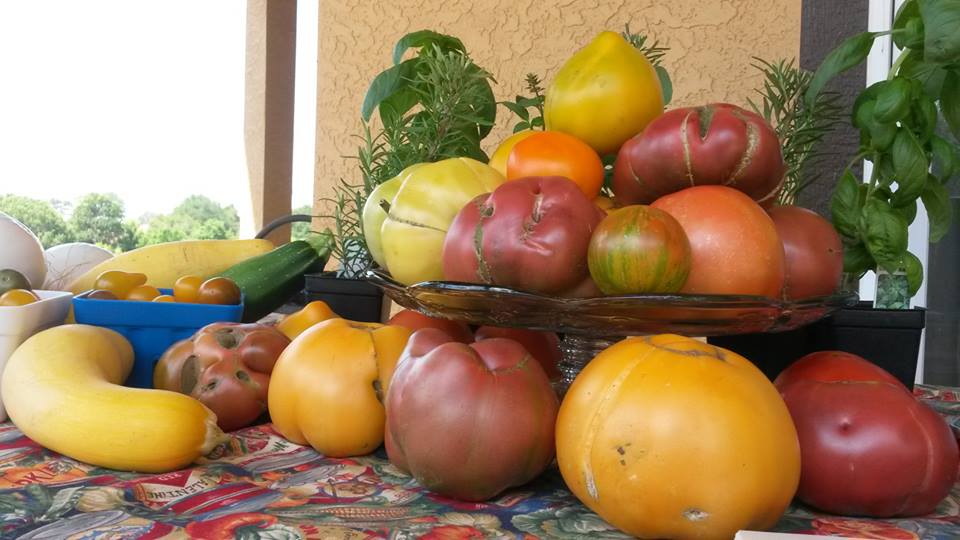 Whether it’s on a Food Network competition or at home for her son and husband, Lorin Fahrmeier always brings her A-game to the kitchen table.

The self-described “farmwife” from Lexington, has quite a full plate, managing a farm with her husband, raising her 2-year-old son Murphy, running a new You-Pick business, coordinating an MU Extension farm-to-institution project, teaching culinary classes, and writing a blog. And not to mention taking time out of that full plate to fly to New York to compete on a Food Network competition show for $50,000 and the ultimate title of America’s Best Cook.

Fahrmeier grew up in Marshall. She graduated from CAFNR in 2004 with an undergraduate degree in agriculture, with special interest in hospitality management, under her belt.  Her experience at Mizzou granted her the first opportunities to try her hand at what she really loves, she says. After making cakes and treats to sell during her undergraduate years, Fahrmeier started working for Mizzou Arena.

“I stayed there for a while, moving up to catering manager after I graduated. After that, I stayed in Columbia to help open the ballroom at Stephens College,” she says.

After years of “CoMo city life,” Fahrmeier swore she would never move back to a small town.

“But then I married Brett,” she laughs. “We had known each other when we were 16 in FFA together; we even graduated on the same day from Mizzou. A few years later I bumped into him in Columbia and he was telling me about growing fruits and vegetables and I thought ‘oh cool, a nice guy with a little garden’ but little did I know he grows a lot more than a ‘little garden.’” 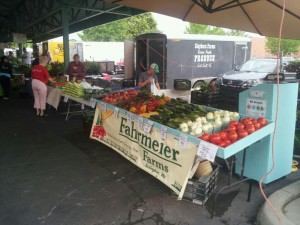 You can find Fahrmeier Farms produce at several farmers’ markets around northwestern Missouri.

Lorin and Brett, together with Brett’s family, manage Fahrmeier Farms in Lexington. You can find Fahrmeier Farms’ produce and wine in the Kansas City and Overland Park farmers markets. They are also in their first year of a You-Pick operation, offering fresh strawberries waiting to be hand chosen by cooks and families from all over Missouri. Fahrmeier Farms participates in Community Supported Agriculture and offers an environmentally conscious vineyard experience where guests can eat home-style farm-grown food and drink several varieties of wine from the vineyards you can see from the patio.

In addition to working on the farm, Lorin is state coordinator for the University of Missouri Extension Farm to School program. The program works to implement locally grown fresh foods into Missouri schools to improve nutrition.

“My work for MU Extension has really helped fuel my fire—my passion for food and knowledge of artisan ingredients in the food that I make,” she says.

Fahrmeier even helps other people chase that same passion, teaching a culinary class at A Thyme For Everything in Lee’s Summit.

It was through this passion for food and finding new and innovative ways of incorporating fresh produce that Fahrmeier decided to pursue a spot on America’s Best Cook, a national cooking competition featured on the Food Network. The show features 16 home cooks from all across the United States separated into four regions. Alex Guarnaschelli represents the East, Cat Cora leads the South, Tyler Florence has the West, and Michael Symon mentors the North—Fahrmeier’s team. Fahrmeier then competed in a challenge against the other three members of her team to determine which two would represent Symon in a cook-off against the other regions. 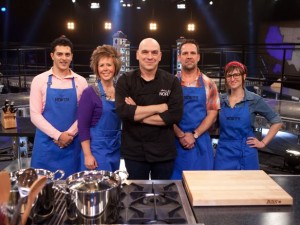 “I was so excited to meet Michael Symon, I felt really fortunate to meet a true culinary icon,” she says.

The competitors’ day started at a bright and early 6:30 a.m., convening at the kitchen studio used for Iron Chef competitions. Each of the Northern cooks was charged with the task of making their own version of steak and potatoes.

“I knew most people would probably go for a mashed potato dish because we only had 30 minutes and it’s easy to cover up texture, but I wanted to take a risk so I made a sweet potato and white potato gratin to show it can be done right,” she says.

Unfortunately, Fahrmeier’s dish didn’t end up in the top two.

“Even though I didn’t make it, I would definitely do it again. I am proud of how far I’ve come in my cooking and if I can connect with people through food, that’s an extra bonus for sure!” she says.

Fahrmeier looks back on the experience as a great opportunity to show off her dedication to well-crafted food. She also says she still keeps up with the other contestants from the show via social media.

“All of the other competitors were so nice! One of them is even going to be in KC soon so we’re going to meet up for dinner,” she says.

Juggling all of these things leaves Fahrmeier with little time to keep up with another passion of hers—writing.

“With everything that’s going on, my blog has been what’s suffered the most. I am hoping to get that going strong again soon, it’s a great outlet for me,” she says. 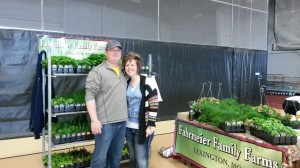 An online venue for sharing recipes and experiences, the Feisty Farmwife blog features novel food creations like Chocolate Covered Pretzel Pie and Turnip Gratin. Originally an agricultural journalism student at Mizzou, Fahrmeier still holds a love for writing. Her blog allows her a creative outlet for passing on new food combinations and trading tips with other culinary-minded people.

On top of dedicating more time to her blog, Fahrmeier looks forward to growing the Fahrmeier family businesses and being involved in MU Extension. She even aspires to someday publish her own cookbook.

“My advice for the entrepreneur spirit is this—never give up. Always be looking for ways to evaluate yourself and your business,” she says. “There’s no such thing as a sure bet, so you have to be willing to take risks and accept failure. I’ve found the key to success is to start small, find out what your passion is, and surround yourself with others who share that passion.”