The historic dry conditions for the American West and Southern Plains will continue through the summer, but climate conditions may change this fall bringing relief, says a climatologist at the University of Missouri.

Tony Lupo, professor and chair of atmospheric science at the MU College of Agriculture, Food and Natural Resources, said that two causes of the dry conditions — a series of persistent eastern Pacific atmospheric ridging and blocking events and lower sea temperatures in the central Pacific — will change later this year.

Lupo said that long-lived ridging over the eastern Pacific showed signs of weakening in late May. When this pattern dissipates, as Lupo expects it will sometime by September, a more normal jet stream pattern will return, directing much-needed rainfall back to parched California, Arizona, New Mexico, Kansas, Oklahoma and Texas. 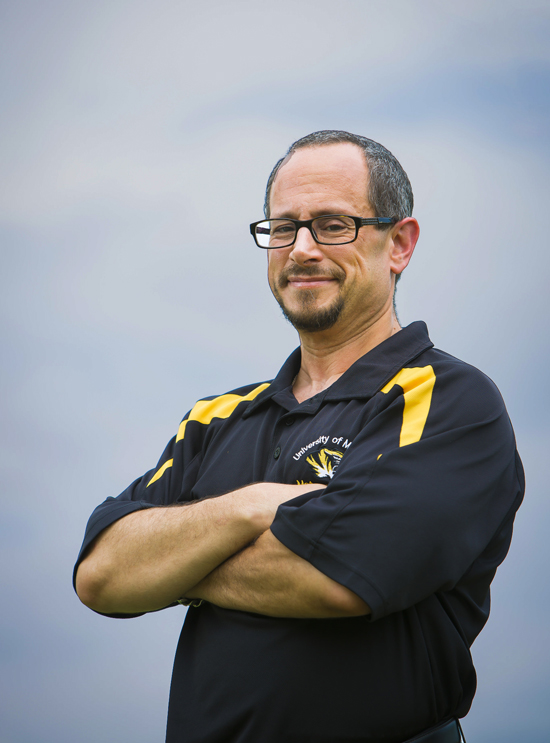 Normal rainfall rainfall would be welcomed as most of the West and middle third of the nation is beginning the 2014 summer season with an existing deficit of rainfall. As of mid-May, drought covered approximately 38 percent of the contiguous United States, the U.S. Drought Monitor reported. That number is up significantly from May 2013 when 14 percent of the U.S. was suffering from drought conditions.

California and Nevada are in their third year of what the U.S. Drought Monitor calls an Extreme Drought, the second highest of six rankings. About 10 percent of the state is experiencing Exceptional Drought, the highest possible level.

Welcomed Changes in the Sky

Lupo is seeing evidence that the persistent ridges and atmospheric blocking over the eastern Pacific, that has stopped or misdirected needed rainfall, is beginning to diminish, restoring a more typical jet stream pattern.

A ridge is an elongated area of high atmospheric pressure. Ridges enhance summer heat. Depending on their strength and how fast they move, they can bring record summer heat and stifling air pollution to a region, Lupo said.

Ridges occur both at the Earth’s surface and at higher altitudes. Upper level ridges generally produce sunny, dry weather to the east of the upper-level ridge. Air tends to sink to the east of a ridge, which inhibits clouds and precipitation. Extremely hot weather during the summer and unusually mild winter weather are often associated with a strong, slow moving, upper-level ridge.

Atmospheric blocking occurs when a powerful high-pressure system gets locked in one place. These motionless areas tend to cover a large area, blocking following low pressure areas that grind to a halt behind them much like cars stopping behind an accident on the freeway. Rain-carrying storms aren’t able to move in their normal west to east pattern. 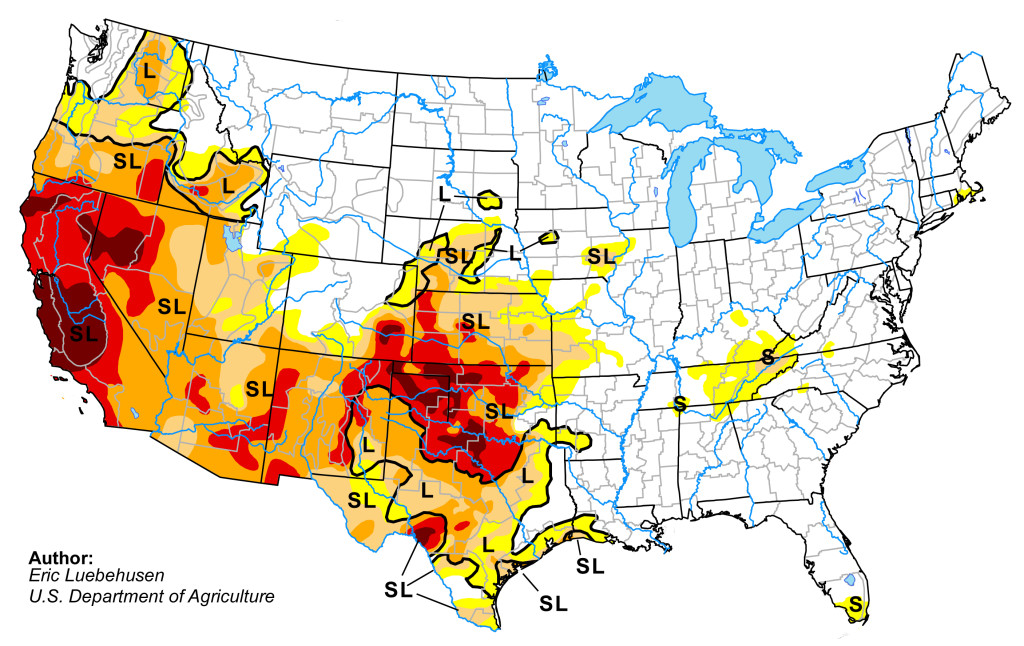 Only about 20-40 blocking events occur each year, making them among the rarest of weather events, Lupo said. The greatest frequency occurs over Atlantic and Pacific. In America, the harshest winters on record are usually due to blocking.

And a Change in the Sea

Lupo said additional improvement will also come to the West and Southern Plains because of a change in the equatorial Pacific sea surface temperatures that have a strong influence on weather patterns over North America.

For almost four years, there has been either a La Niña pattern or neutral condition in the Pacific. During this period, sea surface temperatures across the equatorial central Pacific Ocean can be lower than normal by 3 to 5 degrees Celsius, Lupo explained. This typically directs the jet stream from the Pacific on a northeast path over Canada. Rain producing storms follow the jet stream, leaving the American West and Southern Plains dry.

Recently, the La Niña has weakened into a neutral state and is showing signs of transitioning into an El Niño state. This will allow the jet stream to flow over the middle U.S., bringing much needed showers with it.

Lupo is recognized in the field of meteorology. He is a Fellow of the Royal Meteorological Society in London, and a member of the International Panel of Climate Change that shared the Nobel Peace Prize with Al Gore in 2007. He has been studying atmospheric blocking since 1992 and was a Fulbright Scholar in Russia in 2004. Lupo’s research is funded by the U.S. Civilian Research and Development Foundation. He is partnering with Russian meteorologists whose research is being supported by the Russian Federation for Basic Research.