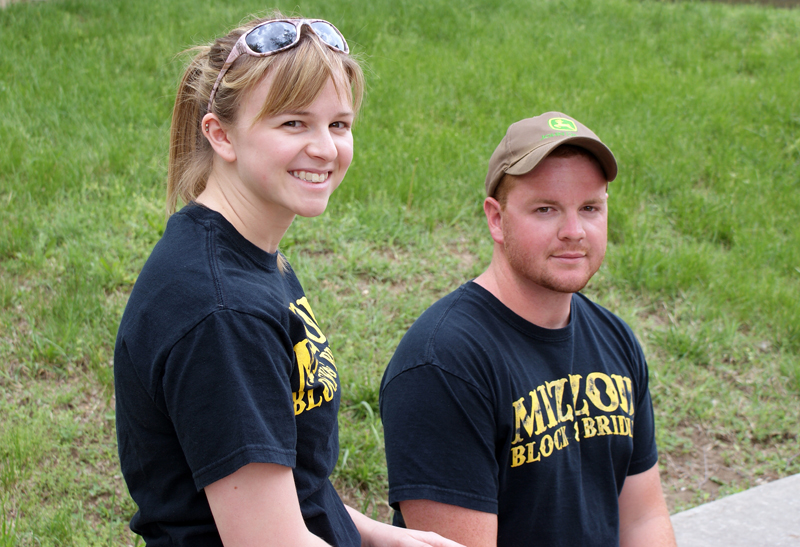 CAFNR’s Block and Bridle club isn’t among the largest college chapters nationally, but that doesn’t mean they can’t pull off a big-time project. The group hosted the 94th National Block and Bridle Convention held in Springfield, Mo., in April.

MU’s Block and Bridle chapter has about 80 members. In comparison, Iowa State has about 400 members.  This is the third time MU has hosted the national convention. Previous MU-coordinated conventions were in 1994 in Kansas City and 2000 in Columbia. 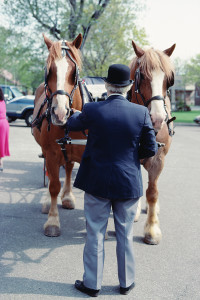 In addition to events in Springfield, students toured the Joplin Regional Stockyards, the largest cattle auction market in the nation, and Warm Springs Ranch near Boonville, the state-of-the-art Budweiser Clydesdale breeding farm. Other tours took students to beef and dairy ranches, deer and sheep farms and wineries. About 360 students participated on the tours, which were arranged by students Allen and Lovelace.

Much of the logistical work fell on Allen and Lovelace, but they coordinated help from the MU Conference Center who gave advice on handling vendors and conference organization. In appreciation, Barbara Wills, office support associate in the center, was presented an honorary Block and Bridle membership.

One of the themes of the event was entrepreneurship. The keynote speakers for this portion were Dustin and Austin Stanton, of Stanton Brothers Eggs, who hatched their growing egg company beginning as grade-school students.

A History Going Back Almost a Century

Block and Bridle is a national organization consisting of college students who are interested in Animal Sciences. Members may come from any agricultural field, and do not have to be an Animal Sciences major. Membership ranges from students with a strong farm background, to students from urban areas. 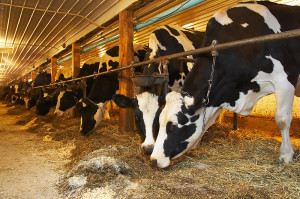 The organization’s purpose is to promote higher scholastic standards among the students and promote all areas of Animal Sciences. Block and Bridle also serves as an environment to develop friendships and professional relationships.

In addition to hosting the national convention, members sponsor seminars, trips and educational events for the public.  The club networks with Animal Sciences industry professionals, discusses current topics and works to learn more about career options. Members also compete in livestock and meats judging events, and host a junior steer and heifer show.