At most universities, undergraduates interested in a research career seldom do much more than wash test tubes. At CAFNR they do a lot more, including investigating possible medical interventions for chronic depression.

A Mizzou research study shows that a dietary supplement of a component of omega-3 fatty acids can reduce, and even reverse, symptoms of depression in laboratory mice suffering from chronic social deprivation.

The research indicates that even a small dose of Docosahexaenoic acid (DHA) – just 1 percent of the animals’ feed – will positively alter the body’s chemistry and stop symptoms of depression.

One of the researchers from several disciplines across MU was Lauren Anderson, a senior studying animal sciences at MU.

The Pathway to Depression

Chronic social deprivation is associated with anxiety-like behavior and , an inability to experience pleasure. It is known that deprivation disrupts the that plays a key role in reward and motivation. The mesolimbic pathway helps move pleasurable dopamine hormones. DHA has been shown to have an influence on the pathway’s function.

Chronic social deprivation is associated with anxiety-like behavior and anhedonia, an inability to experience pleasure. It is known that deprivation disrupts the mesolimbic pathway that plays a key role in reward and motivation. The mesolimbic pathway helps move pleasurable dopamine hormones. DHA has been shown to have an influence on the pathway’s function.

Anderson’s study assessed if adding DHA to a mouse diet could reverse the disruption of the pathway, thus stopping the process of depressive behaviors caused by social deprivation.

She evaluated the dietary supplement by comparing the reward-motivated behavioral changes in three groups of mice – one group given a one-tenth of one percent dose of DHA, another got a 1 percent dose, and a control group got a standard mouse feed diet. She and the researchers hypothesized that mice suffering from depression would not respond to situations in which they would be rewarded. Healthy mice would respond to such stimuli.

She also noted gene expression changes related to neuroplasticity. The genes Creb, Bdnf, and Dyn are known to express themselves in reaction to social deprivation.

The research showed behavioral changes in the mice. Mice not fed DHA showed symptoms of increased anhedonia. They were basically indifferent to pleasure, Anderson said.

It was also shown that the Creb, Bdnf, and Dyn genes expressed themselves in a way consistent with alleviation of anxiety and depression-like symptoms when the mice were given a 1 percent DHA supplement.

DHA is the most abundant omega-3 fatty acid in the brain, comprising about 40 percent of the polyunsaturated fatty acids there. In humans, DHA is mostly obtained from the diet. 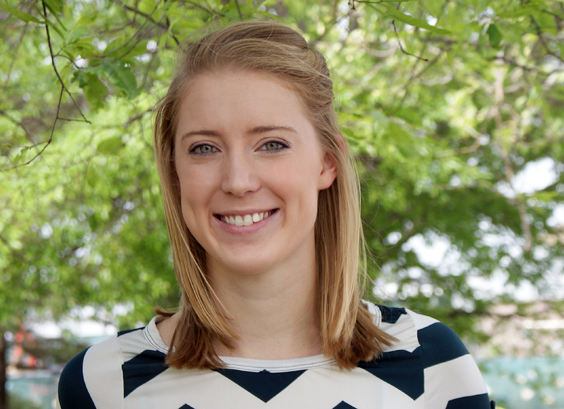 DHA deficiency is associated with cognitive decline. Phosphatidylserine (PS) controls apoptosis, and low DHA levels lower neural cell PS and increase neural cell death. DHA levels are reduced in the brain tissue of severely depressed patients. Preliminary studies in other research indicates that DHA can slow the progression of Alzheimer’s disease in mice. The role of DHA seems to differ with the genders, the area in which Anderson’s research specialized.

A Career in Genetic Research

Anderson is from Quincy, Ill., and came to MU to study animal sciences with a genetics focus. She plans to continue to graduate school with the career goal of conducting genetic research in industry. This summer she will assisting researchers in the National Center for Soybean Biotechnology.

Her mentors on the project were Rocío Rivera, assistant professor of Mammalian Embryology/Developmental Epigenetics; and Eldin Jasarevic, who was recently awarded his Ph.D.

Anderson’s DHA research is built on earlier work conducted at the University of Pennsylvania, the University of California’s Department of Psychology, the Laboratoire de Nutrition et Sécurité Alimentaire at the Université François Rabelais in France, the Departamento de Psicobiologia, Universidade Federal de São Paulo in Brazil, and the work of Eric Nestler, director of the Friedman Brain Institute, Mount Sinai Hospital.

Anderson said the mouse makes a translatable model for this type of research in humans. Like humans, the mouse genome has been fully sequenced. About 75 percent of mouse genes have equivalents in humans, and 90 percent of the mouse genome line up with that of humans. She speculates that these data could warrant potential for a future human clinical trial.