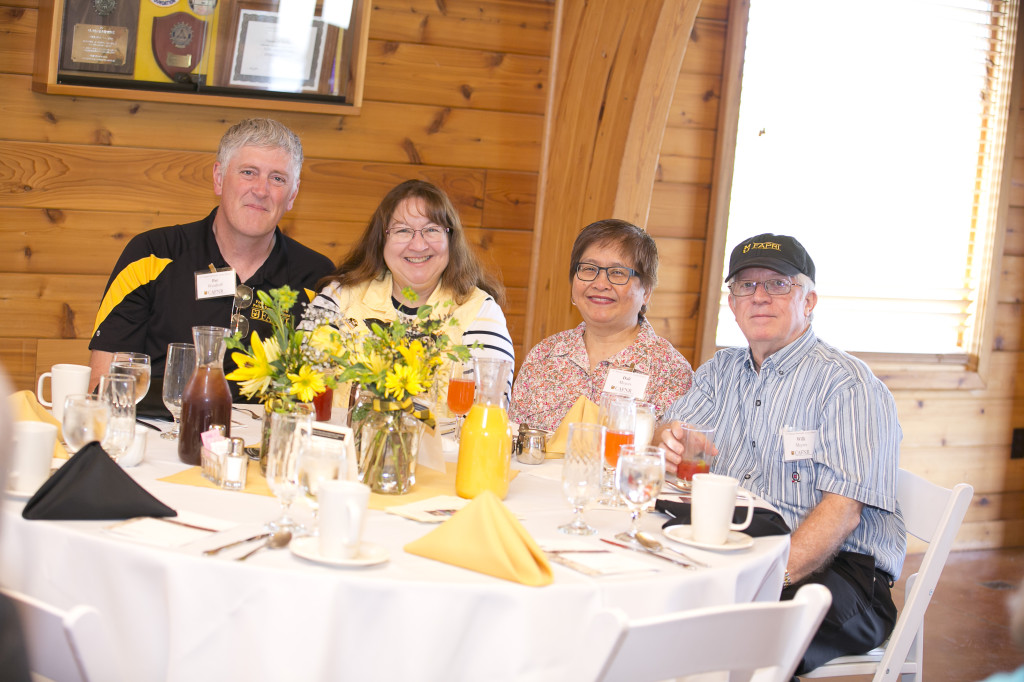 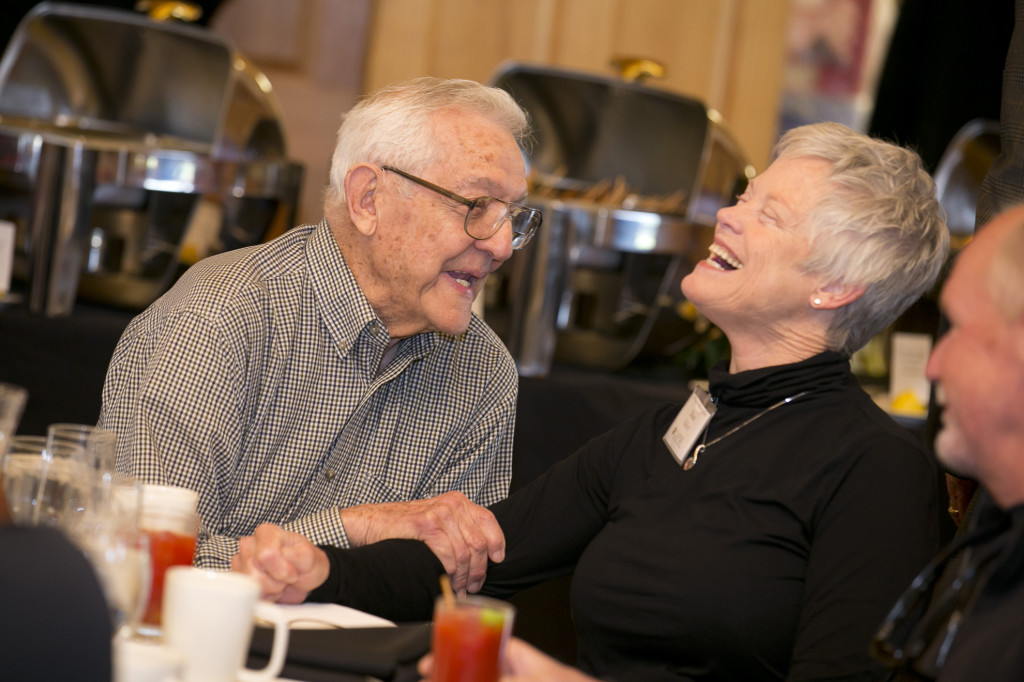 Bill Crawford and Diana Hallett catch up at the brunch.

Sonja Wilhelm Stanis, assistant professor of parks, recreation and tourism in the School of Natural Resources, was the featured speaker for the event. Wilhelm Stanis discussed her recent research comparing different quality aspects of parks across various socioeconomic areas of Kansas City. Her findings highlight the idea that more doesn’t necessarily mean better; though many low-income areas have more parks, they actually offer fewer facilities and amenities, such as playgrounds and trails.

Senior biochemistry major Shanon Luke attended the event as a member of the CAFNR Student Development Board. She especially enjoyed Wilhelm Stanis’s talk.

“The importance of public parks to the health of a community was something I had never considered before hearing Dr. Wilhelm Stanis speak,” she said.

Also during the brunch, students, alumni and donors welcomed 53 new members to the Society for 2014. Six new couples were recognized and two couples applauded for reaching new giving levels at the event. Luke recalled meeting a number of accomplished CAFNR graduates, including Charles Campbell, who started a research facility in Africa.

“After hearing about all the incredible things he’d done and places he’d seen, I decided I want to be him when I grow up!” she said.

Through the Monticello Society, the College acknowledges the generosity of its major benefactors who set a standard for commitment. Membership is available to alumni and friends of CAFNR whose gifts support CAFNR. For more information about Monticello Society and how to get involved, contact the CAFNR Advancement Office at 573-882-9003.