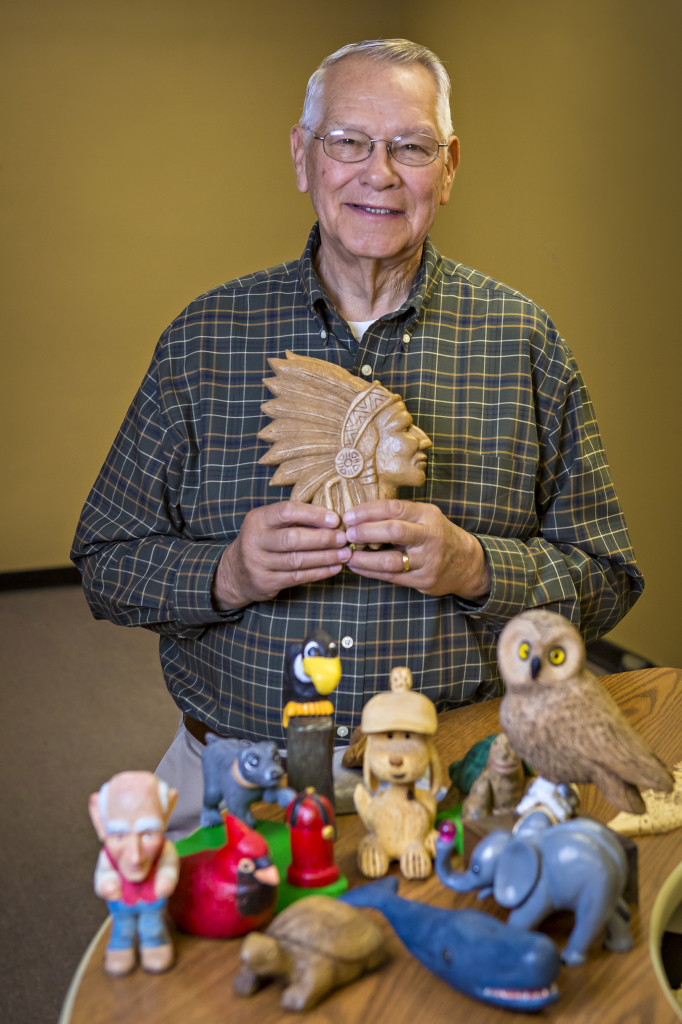 For more than 30 years Bob Grant has been woodcarving. Many of his finished pieces include caricatures, birds and other ideas that spurs his creativity.

Bob Grant has worked for the University of Missouri for more than four decades. His career has included several jobs with Campus Facilities and now part time with the College of Agriculture, Food and Natural Resources helping with building renovations and as assistant building coordinator.

He wrote construction specifications for Campus Facilities for 20 years, including originating plans for trash collection, garage leasing and custodial work whose services were bid to outside services to operate. In his time with CAFNR he has provided oversight and updates to CAFNR buildings, including some of the earlier updates and construction at the Agricultural Research Centers.

Although his efforts to help the University can be seen across campus, very few know of his love of woodcarving.

“I have been carving for about 30 years,” said Bob. “I’ve probably done more than 100 carvings during those years from birds, to caricatures and anything that catches my creative eye. Right now I am working on a Santa Claus for one of my family members and other dogs and animals.”

Bob’s beginnings with woodcarving are simple as it started with just something to do during breaks while working for Campus Facilities.

“One day we decided we were going to carve a guy with a banjo,” laughed Bob. “So we got some little knives and each of us carved it. It looked pretty bad, but we were excited to try something new.”

The group got more into the hobby and carved more whenever they had the free time. To add to his new obsession, Bob’s wife, Iola, purchased a set of tools from Silver Dollar City in Branson that could take his carvings to the next level.

“I now have dozens of different tools and more than 20 specialty knives that all help in different carving techniques,” added Bob. “Each tool has its own purpose from a carver that helps speed up intricate detail work on a bird’s feathers to a knife that’s made to carve the eyes of a person or animal.”

After announcing retirement in 1992, Bob quickly went back to work part time for CAFNR under the late Bruce Bullock. He now travels the country with Iola and winters in Mesa, Arizona.

During his time in the Southwest Bob devotes a couple days each week to hone his skills in a workshop with several other carvers.

“We talk about each carving and critique them,” said Bob. “We debate on how a head should look or how the eyes should look. The face and clothes are probably the most important. You want it to look as real as possible so you spend a lot of time looking at details of the head and the wrinkles in a shirt or pants. Those are really important for a piece to look as real as possible.”

And it all comes out of one block of wood, typically a single piece of basswood, which could take several months to carve. Bob added that it’s hard to know exactly how many hours but some pieces can take a carver a year or more to finish. 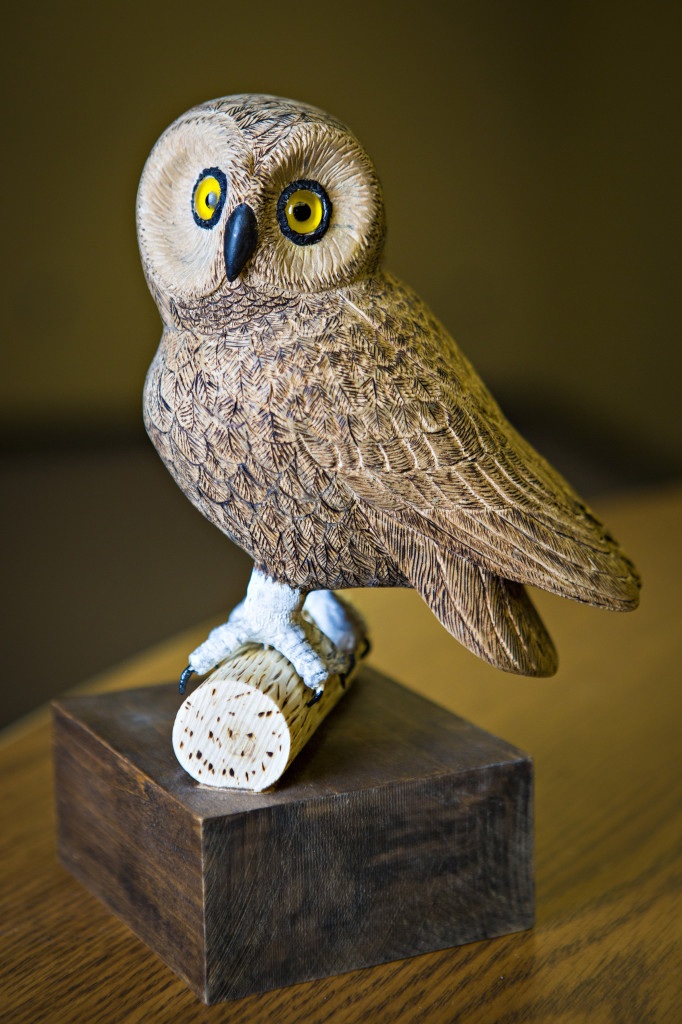 “That owl took me about three years to finish,” said Bob. “All that work in the feathers and eyes was a lot to do.”

Although Bob doesn’t carve to make a profit off of his carvings, he enjoys the work as a hobby.

“It’s pretty great to share with people something I made,” smiled Bob. “There is something special about making something with your own two hands.” 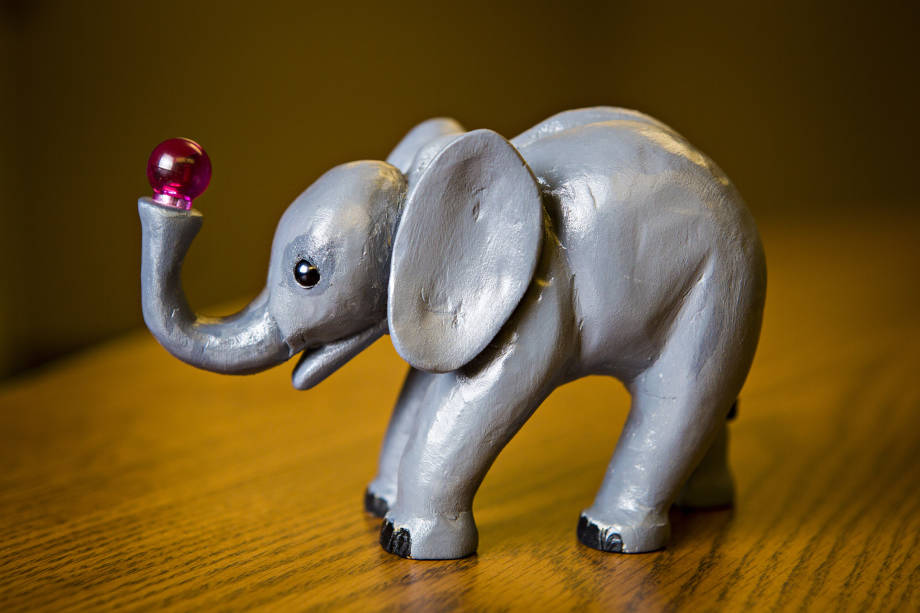 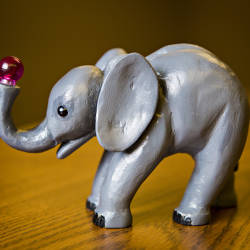 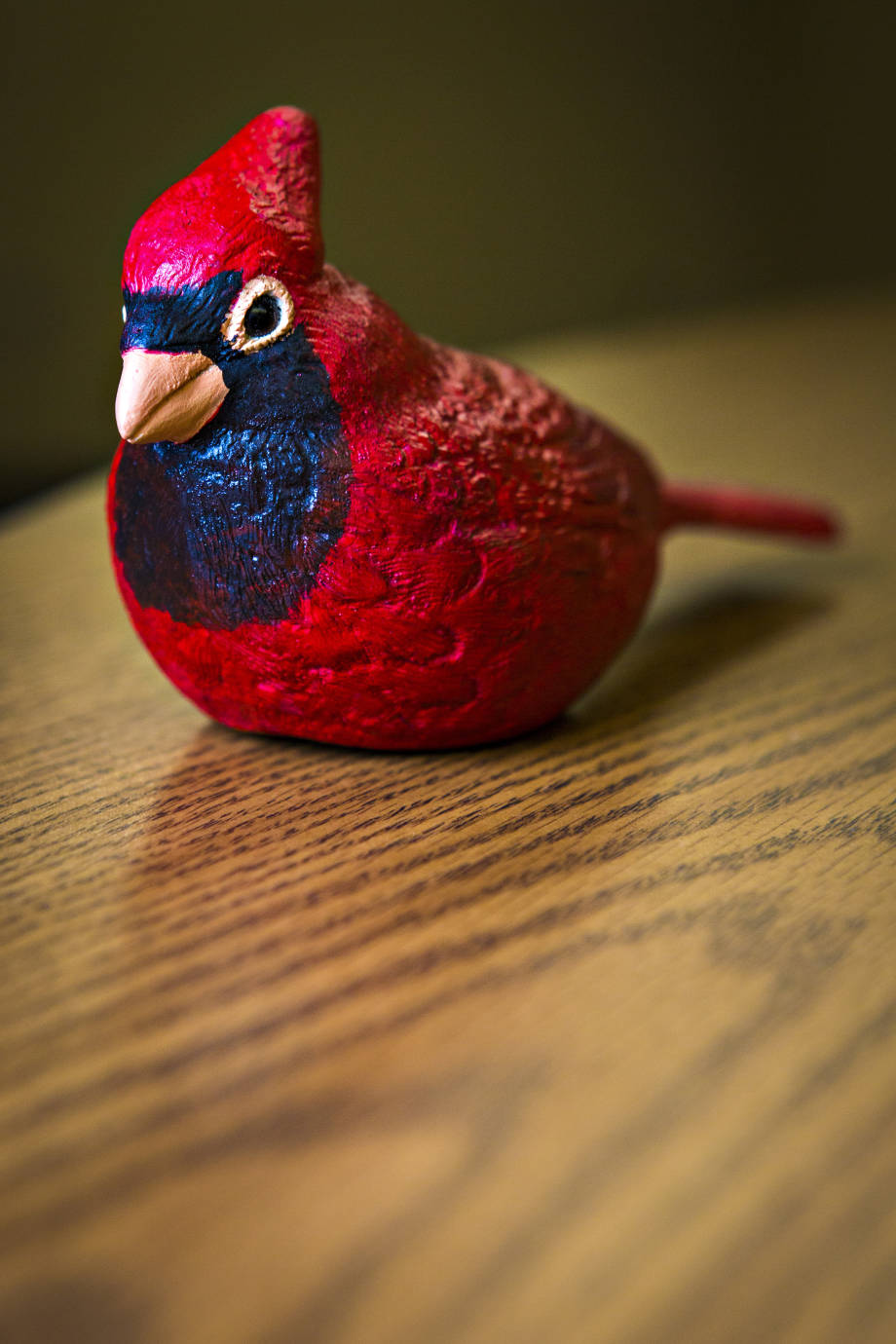 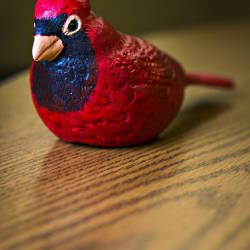 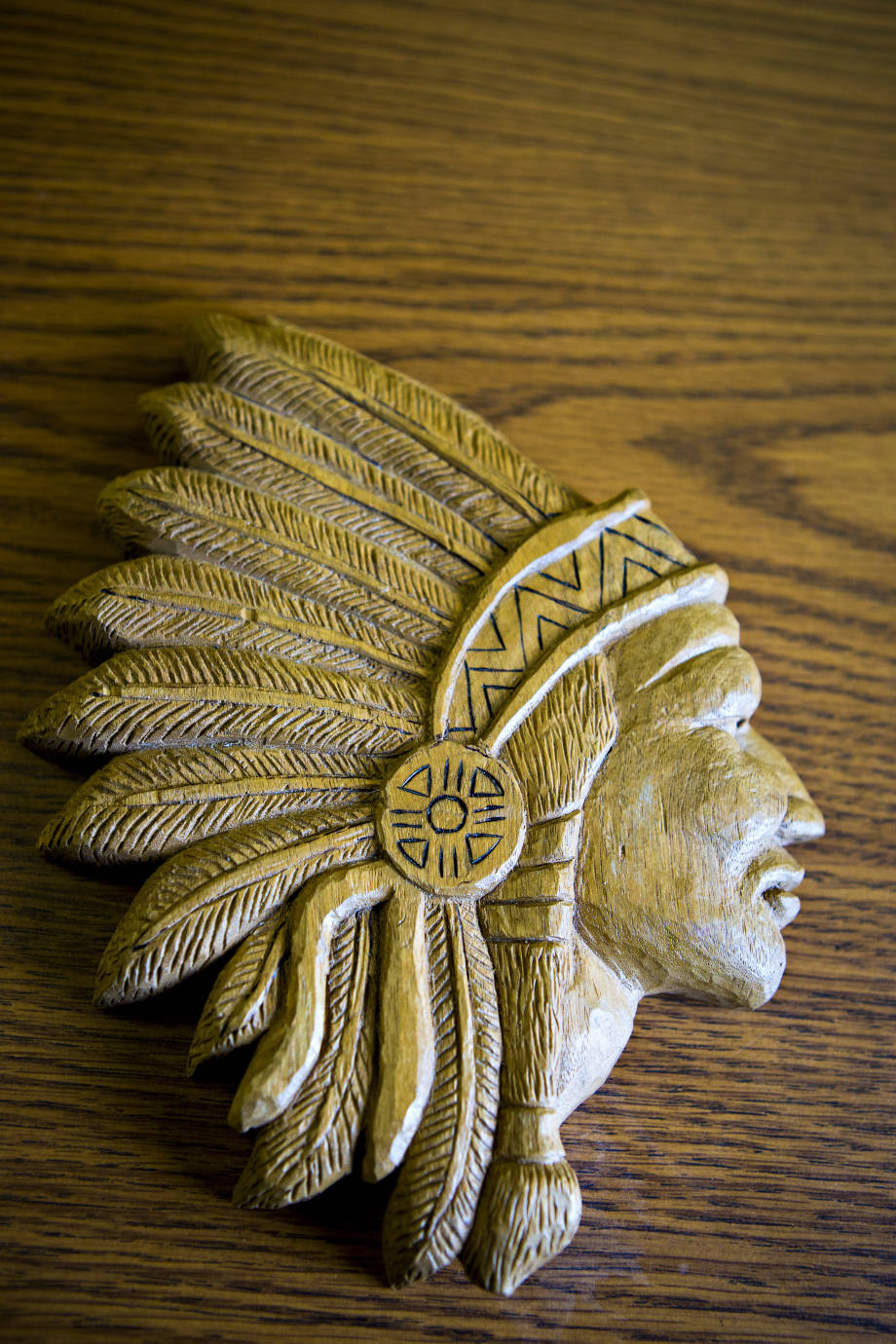 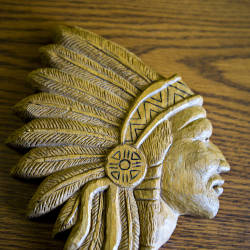 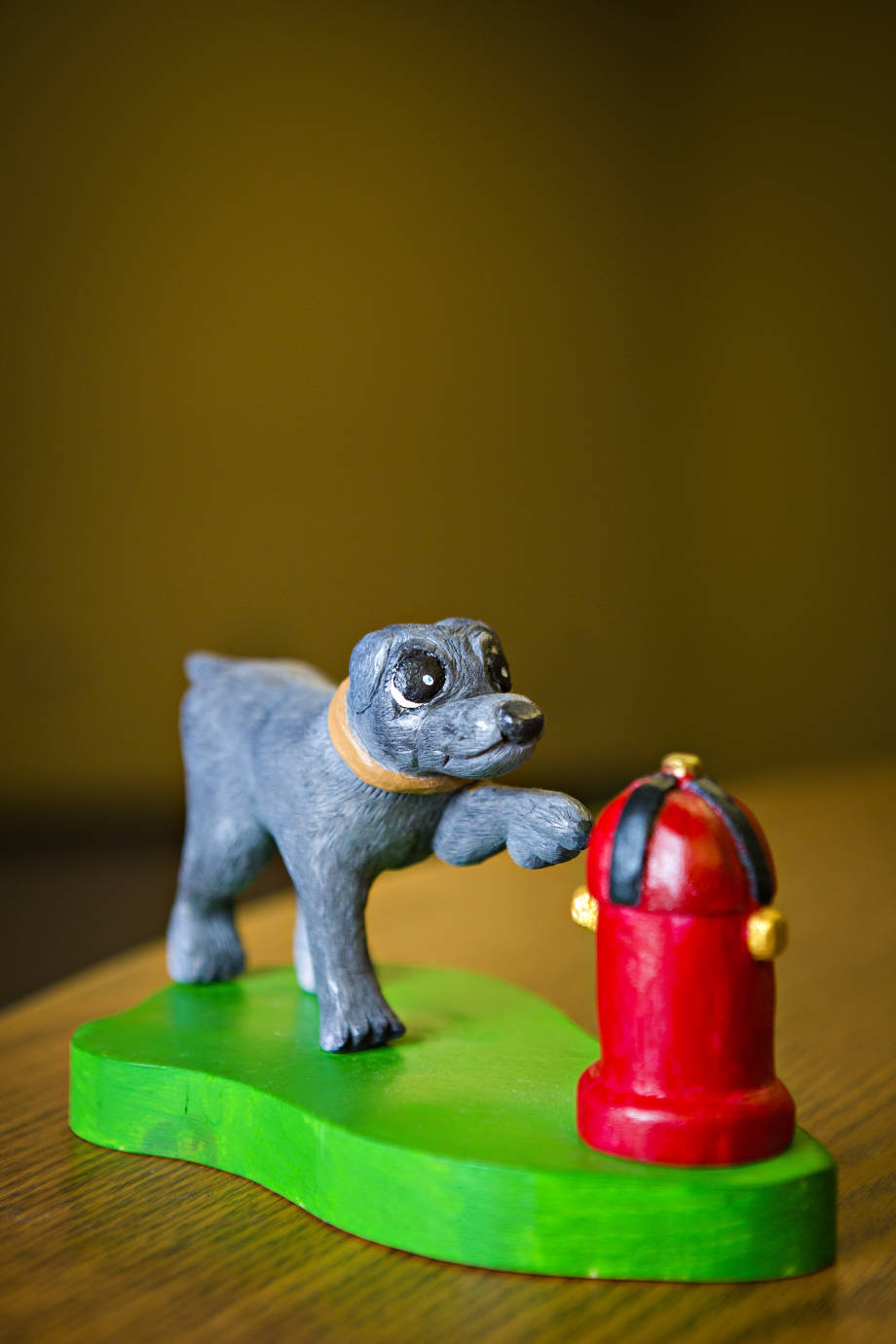 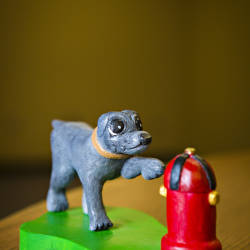 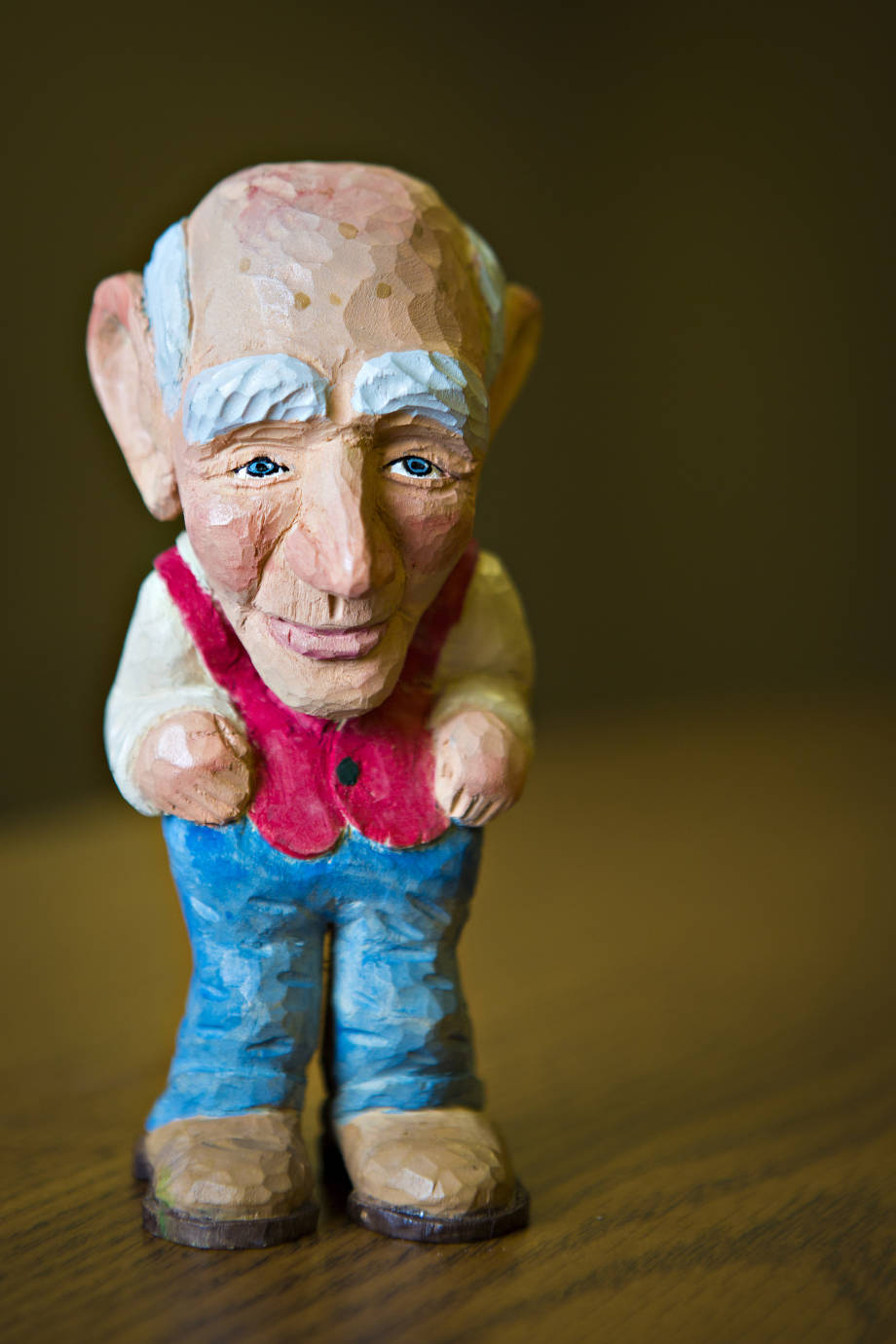 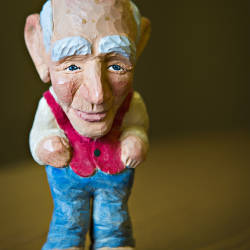 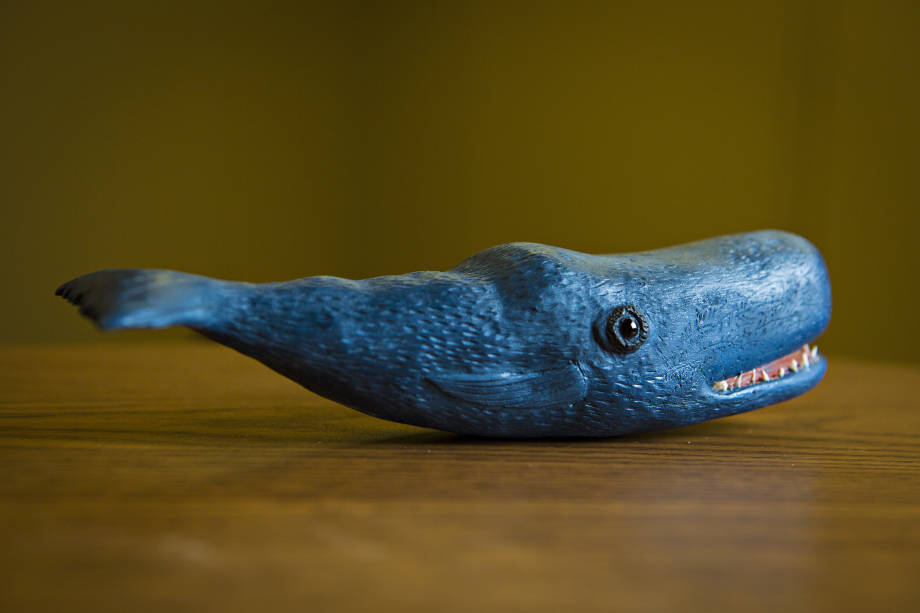 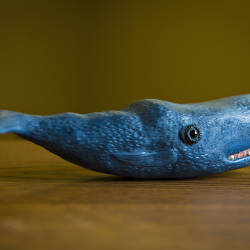