There’s a reason why there is less singing outside your window. Nearly one-third of songbird species across North America are experiencing long-term declines.

Scientists have spent years researching potential causes for these population declines, focusing on the birds when they have just hatched as well as when they are adults.

Researchers from the University of Missouri and the U.S. Department of Agriculture have found that songbirds are vulnerable to environmental dangers particularly when they are juveniles, shortly after they have left their parents’ nests. Frank Thompson, a scientist with the USDA Forest Service and an associate cooperative professor in the MU College of Agriculture, Food and Natural Resources (CAFNR), worked with several colleagues to find that the majority of juvenile bird deaths occur in the first three weeks after they leave the nest.

Little Bird in a Big and Bad World

“Just like teenagers leaving home to live on their own for the first time, these juvenile birds are inexperienced and vulnerable to the outside world,” said Thompson. “It is important for these young birds to find acceptable habitats and shelter for them to survive on their own. Therefore, it is important for conservationists to find ways to provide the right habitats for these birds to survive during what is an important, yet vulnerable, time in their development.” 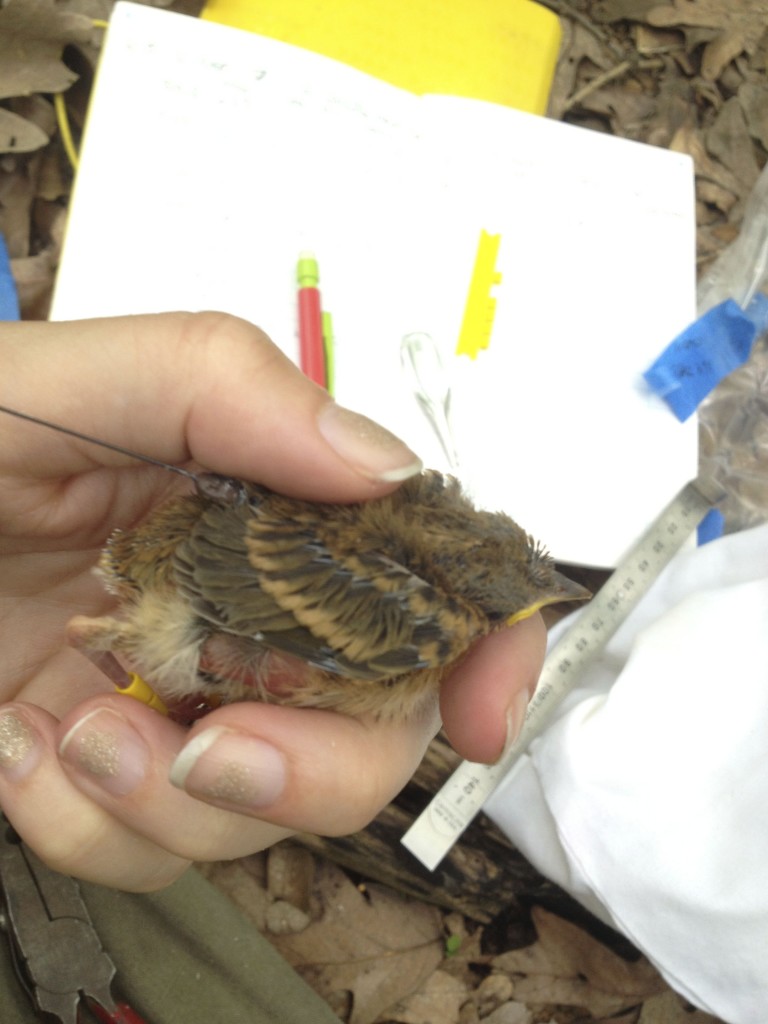 “It is important for conservation groups and land managers to know exactly what types of habitats need to be provided in order to protect these birds,” Thompson said. “Providing habitats needed by breeding adult birds won’t make much of a difference if those birds don’t survive long enough to reach adulthood because they don’t have adequate shelter when they are young. This approach is part of a growing focus on full-cycle conservation for migrant song birds.”

Thompson says many studies have looked into mortality rates for fully grown birds as well as chicks that have just hatched, but not enough work has been done on juvenile birds that have just left the nest and are becoming independent. He recommends further study on this important life stage for songbirds in order to better understand specific causes for high mortality rates.

Thompson’s study was co-authored by W. Andrew Cox, a former post-doctoral fellow in the MU Department of Fisheries and Wildlife Sciences in CAFNR, Allison Cox, and John Faaborg, a professor of biological sciences at MU.

The study was published in the Journal of Wildlife Management.