University of Missouri researchers have completed a 3-D map of an interesting enzyme in the human body. A better understanding of its function could help pharmaceutical manufacturers create more effective drugs. The enzyme, Proline utilization A (PutA), facilitates metabolism by adding oxygen to molecules, said John Tanner, a professor in the MU Department of Biochemistry. “PutA is actually two enzymes fused together to make its processing more efficient. “Now that we have an understanding about how PutA is constructed, we can study exactly how it works. Some dangerous bacteria, such as h. pylori, which infects stomach tissue, utilize the PutA enzyme to grow. Discovering the structure of this enzyme will provide valuable insight into how this protein functions and could provide blueprints for designing drugs that inhibit or increase certain protein functions, which would make those drugs more effective,” he continued. 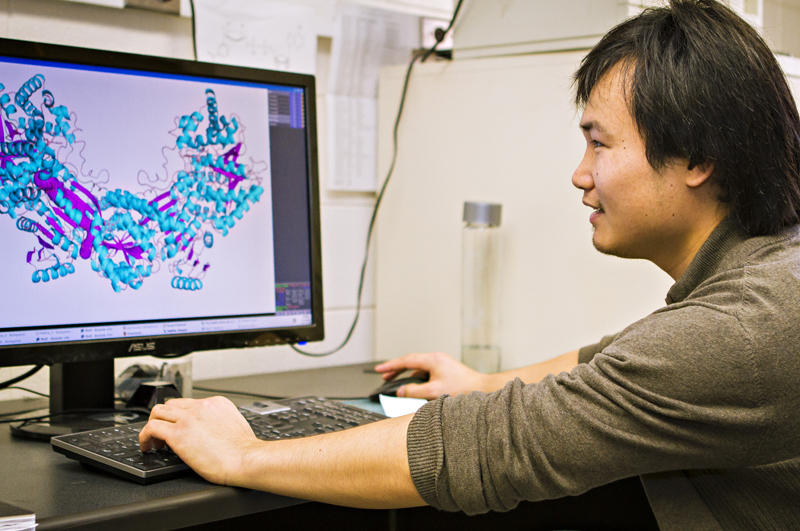 The human body is full of proteins called enzymes that help nearly every function in the body. Scientists have been studying enzymes for decades to learn how they work and how to create better drugs and medical treatments for many ailments.

Tanner conducted his study using a process called protein crystallography. This process involves growing microscopic crystals made of PutA enzymes. Tanner then shipped the protein crystals to Berkeley, Calif., where they were exposed to a high-powered X-ray device called a “beamline.” The University of Missouri is a founding member of the Molecular Biology Consortium (MBC), which operates the beamline in California. The beamline]device is one of only five in the world and is the size of a football field. The beamline captures X-rays, focuses them on protein crystals, and records the beams that reflect or “diffract” off the crystals. Tanner decoded the diffraction patterns from his crystals to understand the precise arrangement of the atoms in the protein and created a 3-D “map” of the PutA enzyme. 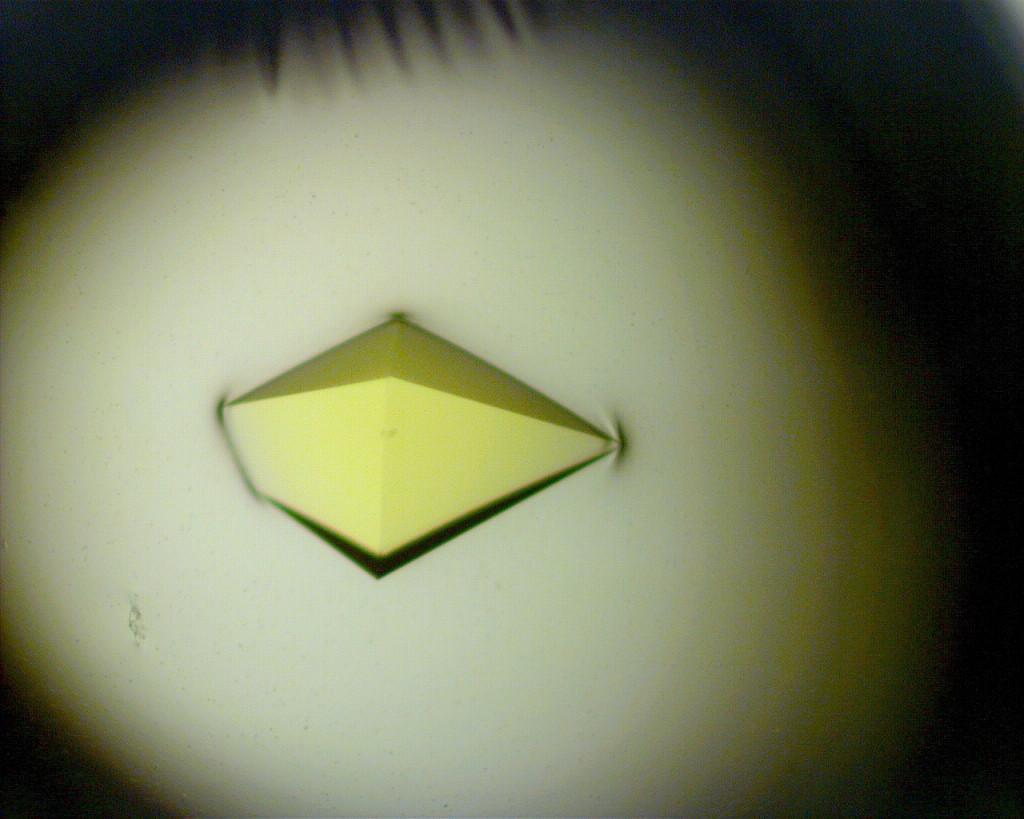 This is a protein crystal of the PutA enzyme grown by Tanner’s lab.

“This entire project would not be possible without our access to the MBC beamline,” Tanner said. “The X-ray device we have on campus has only a fraction of the power of the beamline, and we would not be able to complete this complex mapping project without such a high-powered X-ray device.” Tanner says the next step in his research is to explore the functions of each individual structure of the PutA enzyme to better understand how the enzyme works. The Department of Biochemistry is jointly housed in the MU College of Food, Agriculture and Natural Resources and School of Medicine. Tanner is also a professor in the Department of Chemistry in the College of Arts and Science. Tanner’s study was published in the Proceedings of the National Academies of Science.“”