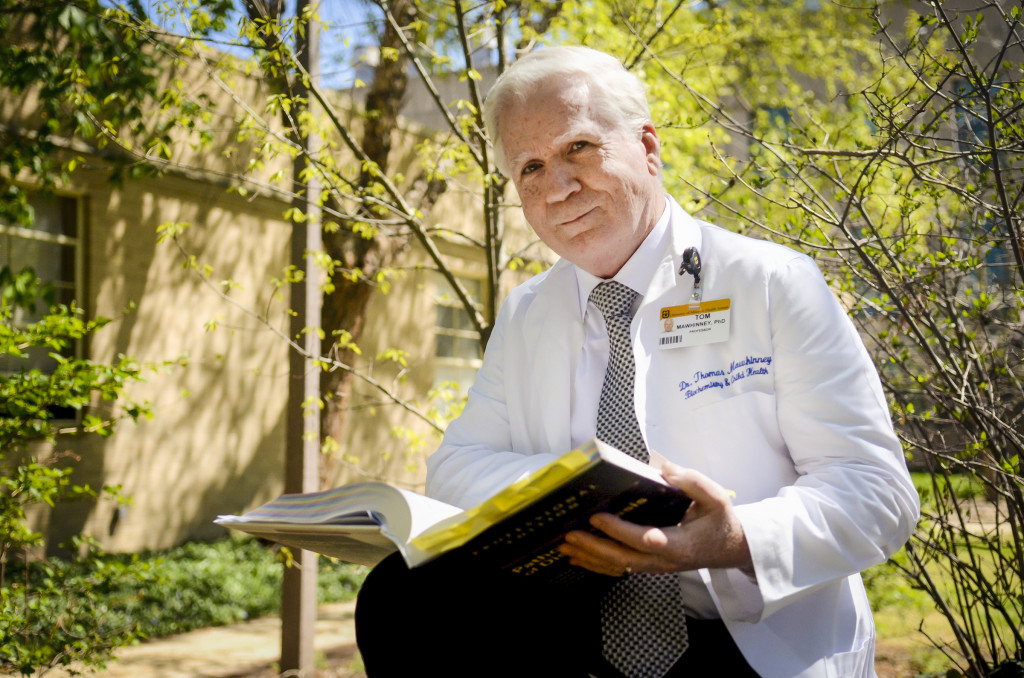 Professor of Biochemistry Tom Mawhinney received the 2014 Jane Hickman Teaching Award from the MU School of Medicine. This is the first time in the 24 years of the Hickman Award that it has been given to a faculty member with a primary appointment outside of the School of Medicine.

Mawhinney grew up in Astoria, Queens, N.Y. In 1970, he was drafted to the U.S. Marine Corps. When he was discharged in 1972, he attended Albany Medical College.  There, he developed a strong interest in learning more about lungs, specifically focusing on patients with cystic fibrosis. After graduating, he came to MU. He lives in Columbia with his wife. They have two sons who also live in Columbia.

“My favorite part of teaching is the constant learning and sharing,” Mawhinney said. “I have a strong interest in my students, and I know that when they graduate, they are the best they can be.”

Biochemistry at MU is noted for research and effective instruction. The two are interwoven to provide excellence in both. Biochemistry is part of both the School of Medicine and the College of Agriculture, Food and Natural Resources, and the facility is shared with more than five other departments as well as with an interdisciplinary Life Sciences Center.

The Jane Hickman Teaching Award is historically the highest recognition of excellence in medical student teaching at the University of Missouri School of Medicine. Mawhinney was honored on Education Day, April 10. The goal of this award is to reward faculty members who have made sustained, outstanding contributions to medical student education at MU over a period of three or more years. 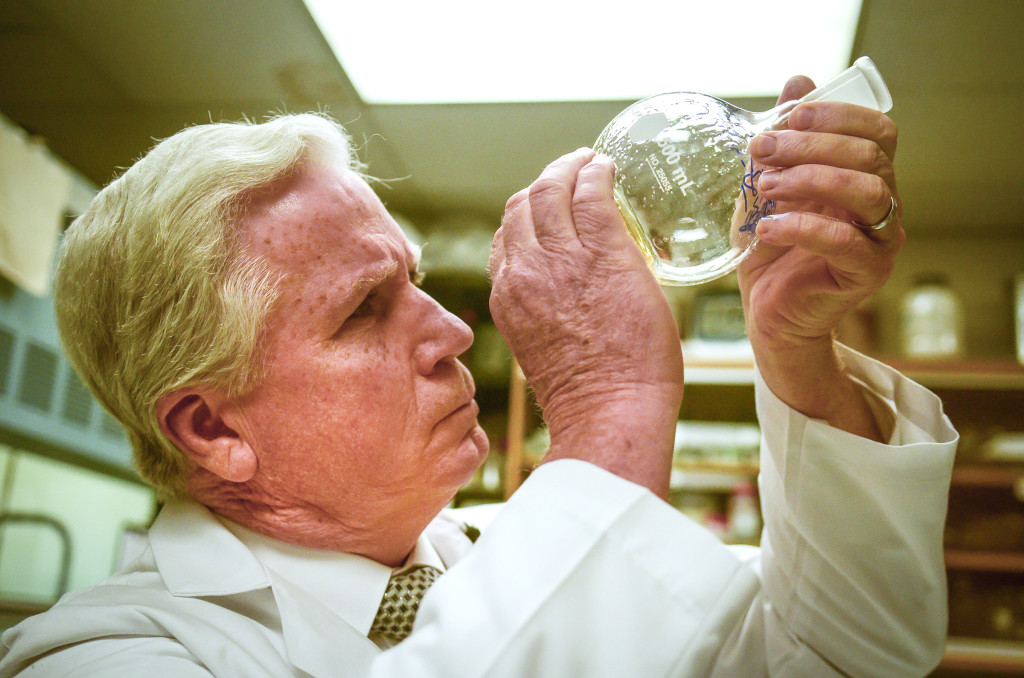 Mawhinney in his lab.