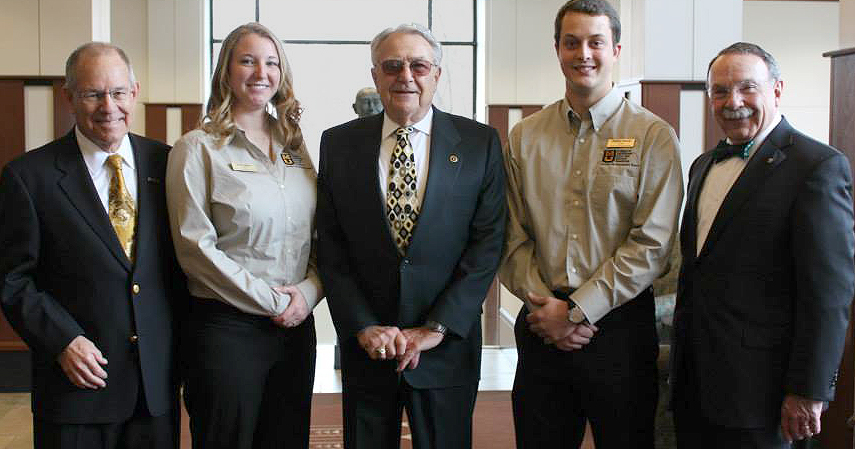 Lowell Miller, a resident of Loch Lloyd, Mo., has made a gift of $1.1 million to the University of Missouri Department of Biochemistry, housed in the MU College of Agriculture, Food and Natural Resources (CAFNR) and the MU School of Medicine. The gift will create the Lowell D. Miller Endowed Chair in Biochemistry.

“Lowell’s generous gift is a testimony to the excellence of MU’s Biochemistry department and the significant role it has played, and continues to play, in preparing students for successful careers,” said Thomas Payne, vice chancellor and dean of CAFNR. “Lowell is an outstanding example to those students, and through his gift, assures that outstanding education will be sustained.” 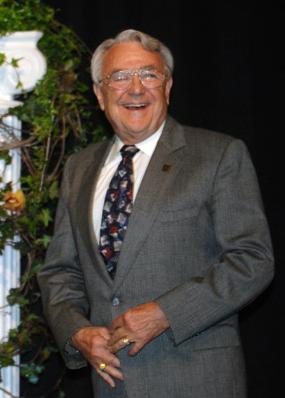 “I have two major debts in my life that I will never be able to pay off — one to my late wife, Marian, and another to the University of Missouri,” Miller said. “Both my wife and MU were instrumental to whatever success I may have achieved in life. I know that by establishing this endowed chair, it will allow the university to attract the best and brightest faculty to MU. Not only great teachers and brilliant researchers, but professors who can serve as mentors for aspiring students and scientists, much like I was mentored by my many outstanding professors years ago.”

“Gifts like this one are vital to the mission of this university,” MU Chancellor R. Bowen Loftin said. “Dr. Miller’s generosity will allow MU to attract and retain the highest caliber biochemistry teachers and researchers for decades to come. Endowed faculty chairs are essential to keeping MU competitive among the top research and teaching institutions in the country, and Dr. Miller’s gift will go a long way to elevate the university among our peers.”

A Degree from CAFNR Times Three

Miller, an army veteran from the era of the Korean conflict and an MU alumnus, earned three degrees from CAFNR, including a bachelor’s degree in animal science and master’s and doctoral degrees in biochemistry. His late wife, Marian, also was an MU alumna and the couple met while attending the university.

Before retiring as a senior vice president of Marion Laboratories, Miller served as director of research and development, where he lead a team of scientists and support staff responsible for the development of many significant drugs used in various human therapies. He currently serves on the board of directors of Air Methods Corporation, the global leader in air medical transport.

Miller also serves on the MU National Campaign Cabinet and has served as a co-chair of the MU Life Sciences Center campaign committee and has received the Faculty-Alumni Award, which is the top honor from the Mizzou Alumni Association. He also has received the top CAFNR honor, the Frederick B. Mumford Distinguished Service Award, as well as the Ag Alumni Citation of Merit Award. Miller served as co-chair for the For All We Call Mizzou campaign steering committee, helping CAFNR raise $60 million as a part of the university-wide $1 billion campaign.