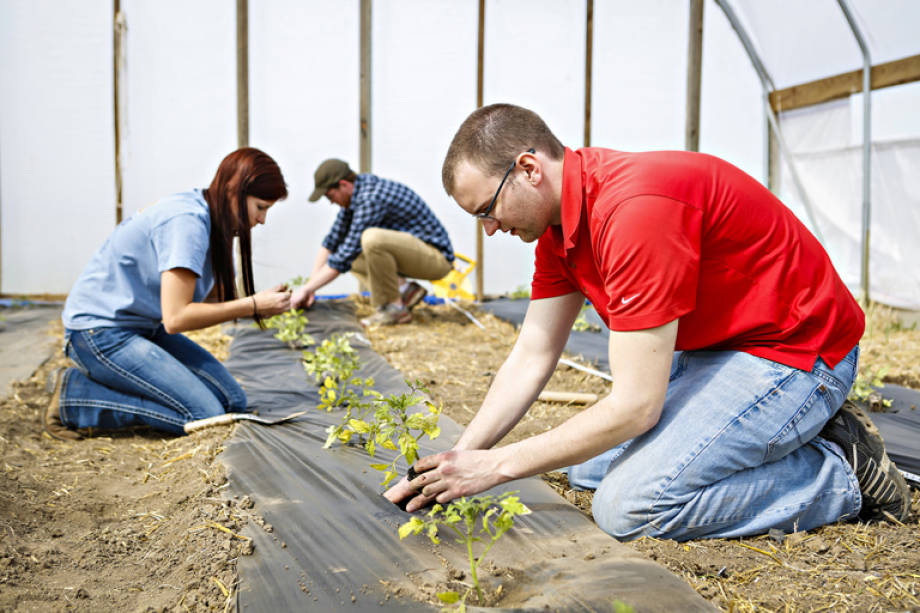 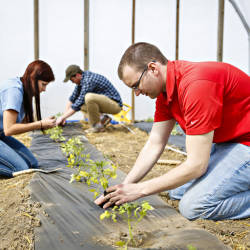 Members of the student group Tigers for Community Agriculture met out at Bradford Research Center to help Research Specialist Leslie Touzeau with new plantings and work in the hoop houses. TCA is a vegetable growing project part of Sustain Mizzou at the University of Missouri. TCA strives to provide a hands-on learning enviornment for students interested in sustainable agriculture. 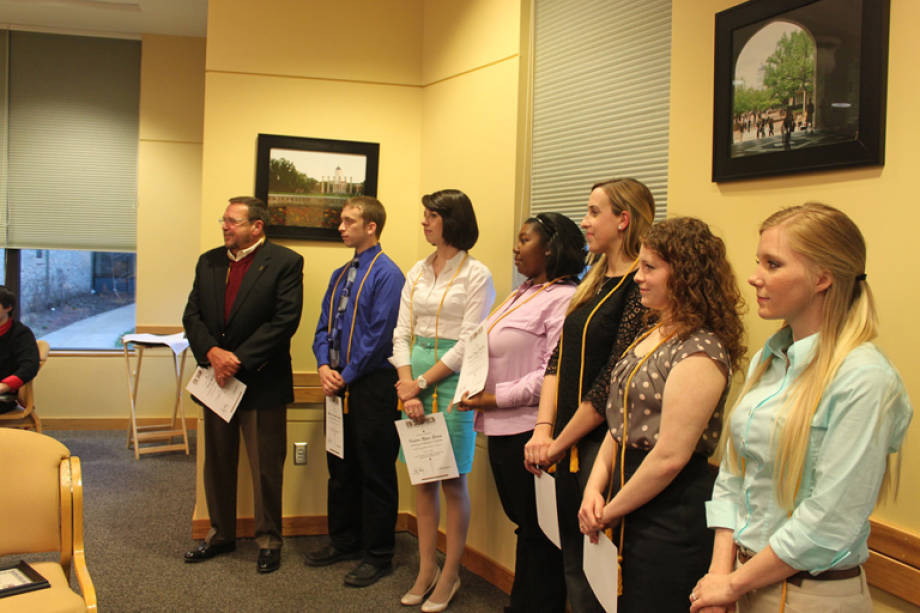 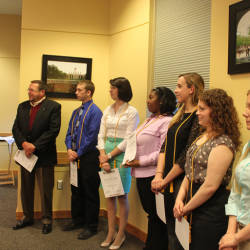 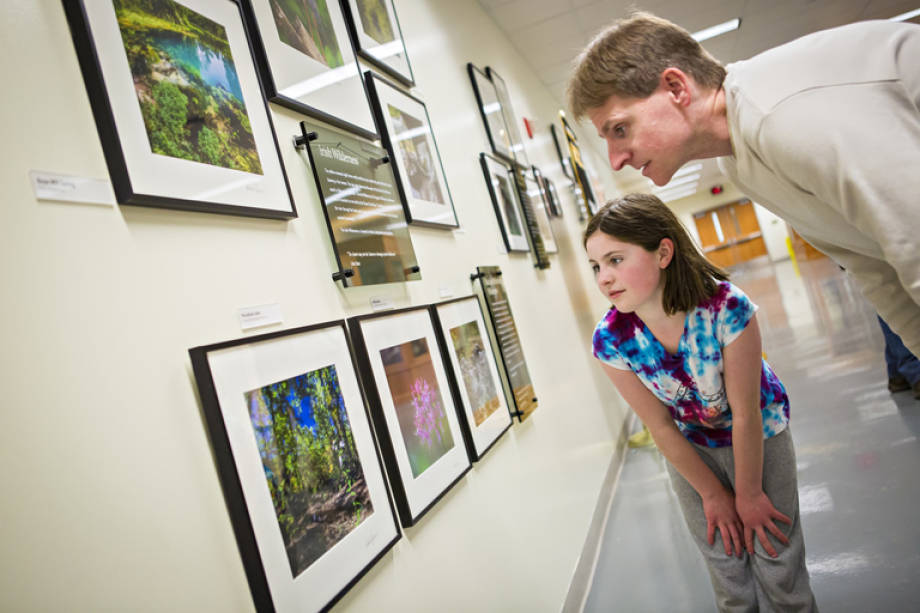 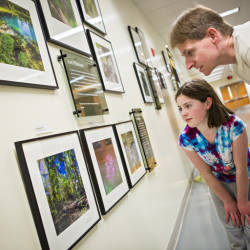 A gathering was held at the Anheuser Busch Natural Resources Building celebrating the opening of a photo exhibit about the 50th Anniversary of the Wilderness Act. Photographs from the couple Richard Spener and Toni Armstrong are from the eight wilderness areas located in Missouri as part of a touring celebration of the anniversary. Keith Goyne, associate professor of environmental soil chemistry at MU, checks out the photos with his eight-year-old daughter Lucy. "I love all the pretty pictures," said Lucy. "The flowers are so beautiful." 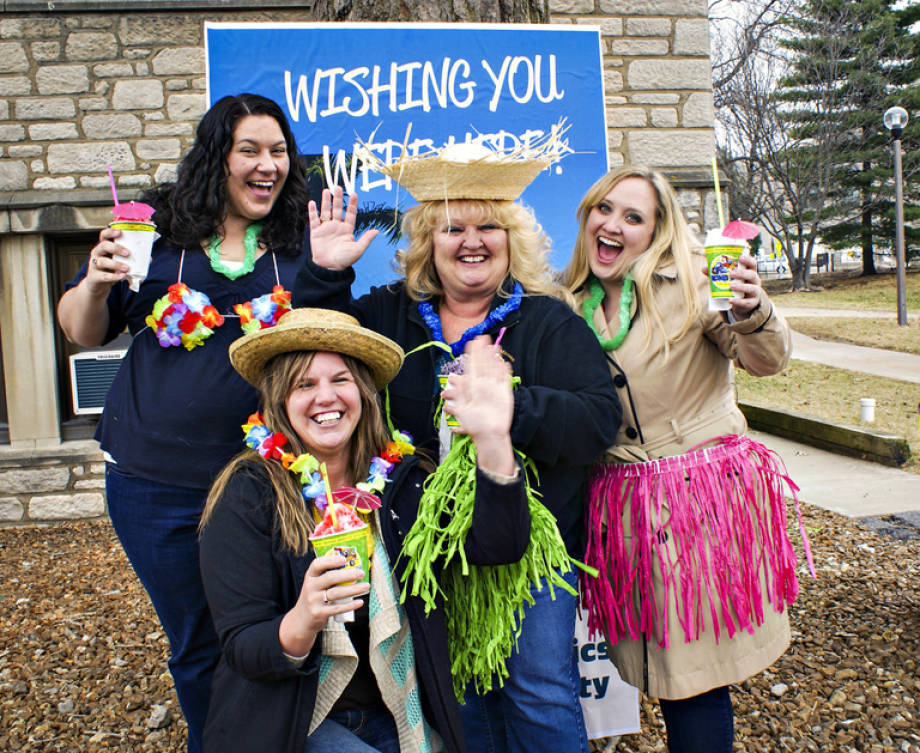 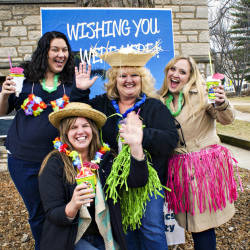 CAFNR brought the tropics to campus to celebrate with those who stayed in town the Friday of spring break. Kona Ice provided the tropical treats, while CAFNR Communications set up a photo booth to get "vacation" photos for attendees! Close to 100 CAFNR faculty and staff members braved the less-than-tropical weather and had a great time! 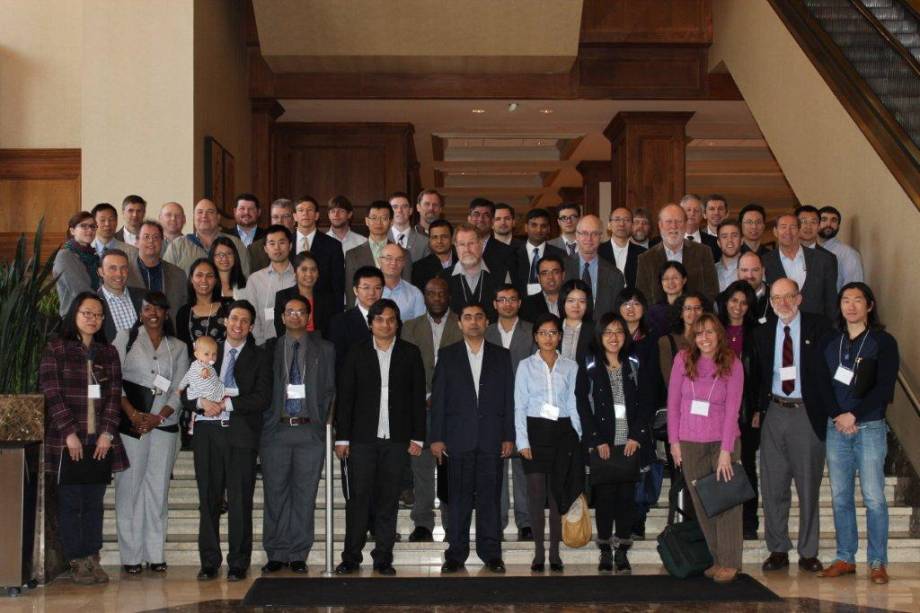 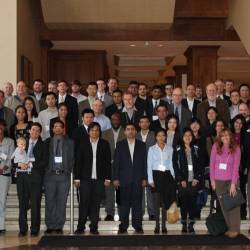 Francisco Aguilar, associate professor of forestry, hosted the first symposium of the International Society of Forest Resource Economics March 16-18 in St. Louis. The group grew out of the Southern Forest Economics Workers group that has been meeting on an annual basis since 1977. It now better reflects the geographic area and scientific scope of the meeting. The event was recognized by the International Union of Forest Research Organizations, the premier global network of scientists studying forest resources. About 70 participants attended from across the U.S., Africa, Asia and Europe. CAFNR was instrumental to the meeting by providing partial financial support. With topics ranging from adaptability of forest-dependent communities to climate, to management for renewable energy and conservation, the material presented at the meeting was not only intellectually stimulating but at the forefront of economic analyses to guide forest policy and management decisions.

What are YOU up to? Send us photos and captions of the events and other happenings in your corner of CAFNR! Just email the information to hallmich@missouri.edu.