What are you doing with your lunch break?

For a group of about 20 faculty and staff members from across the university, the noon hour is all about a little friendly competition. Bill Lamberson, professor of animal sciences, and Peter Motavalli, professor of soil, environmental and atmospheric sciences, regularly join in on this pick-up basketball game, which has been going on every Monday, Wednesday and Friday on campus since… well, since before anyone at the current iteration knows. At least since the late 60s, which is when the oldest current player joined. Brent McCauley, CAFNR development officer, and Nick Watanabe, assistant teaching professor in Parks, Recreation and Tourism, come out for pick-up games a few courts over and sub-in when the long-standing game needs a 10th person. 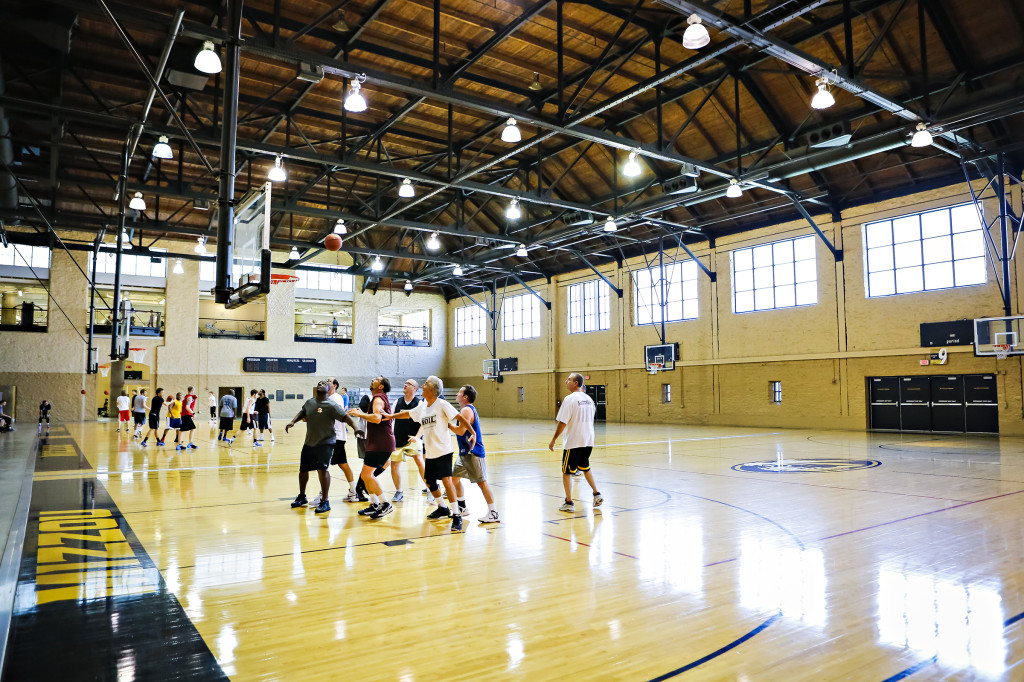 Motavalli and Lamberson look for a rebound. Both have played basketball for most of their lives — Motavalli mostly intramural while Lamberson played for his high school team. About half of the players also played college ball, Lamberson added. 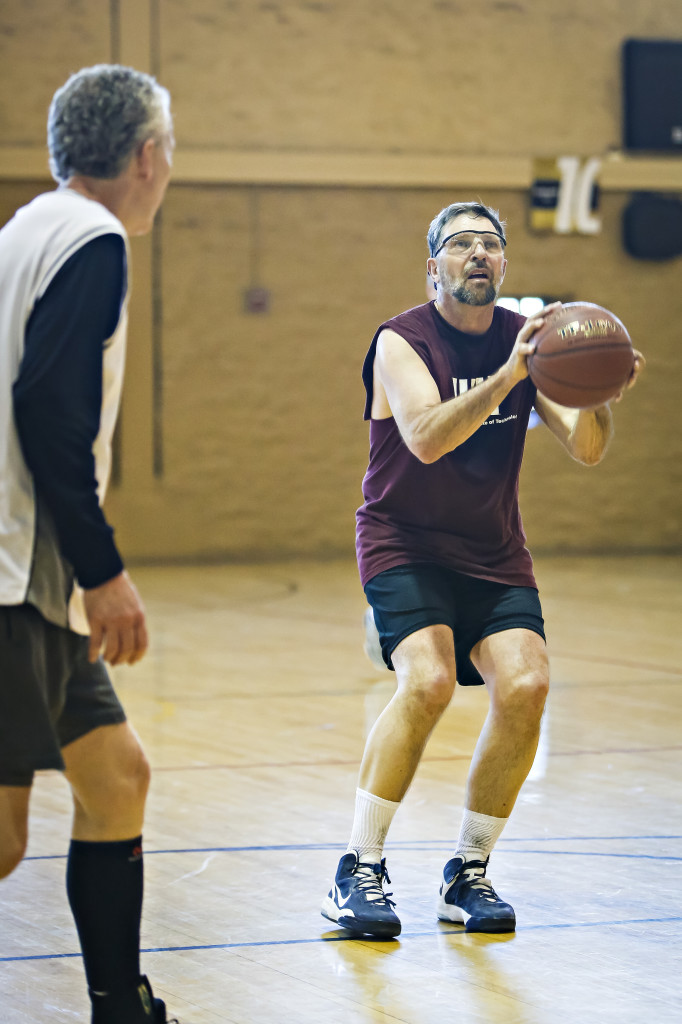 Lamberson looks to take a shot. He has played a noon pick-up game since he started working at a university and continued with each stop he’s made on the job. Every institution he’s been at has had a similar game, he said. 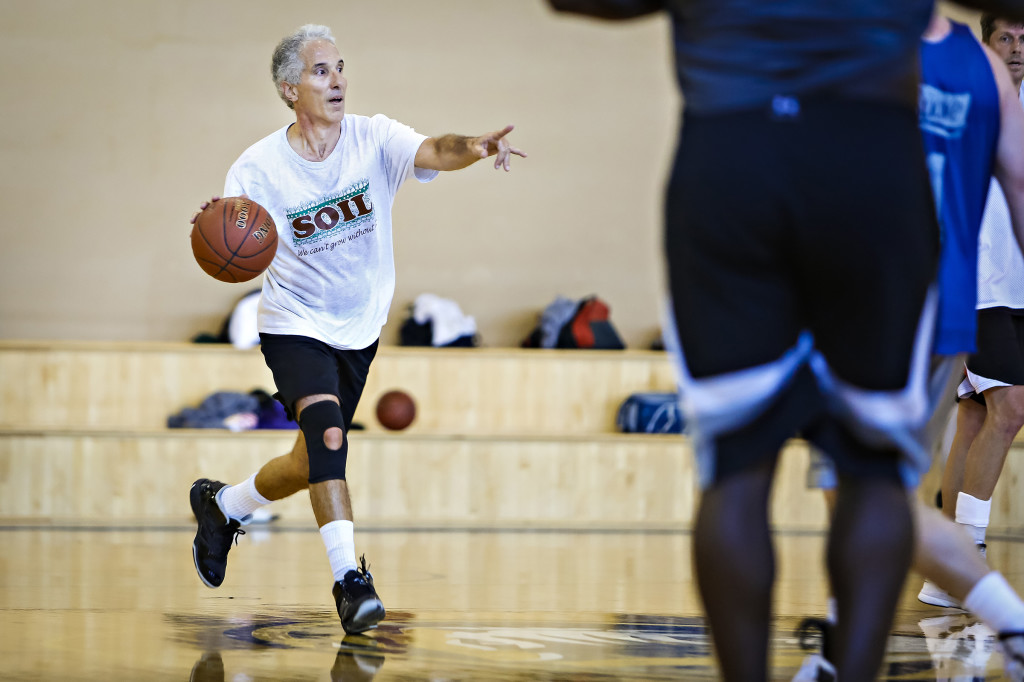 Motavalli takes the ball down the court. He said he found out about these games through other faculty members. Although you might think sharing a basketball court with others from around campus might lead to interesting faculty collaborations, Motavalli said he already knew most of the other players. “You get old enough, you know everyone,” he said. 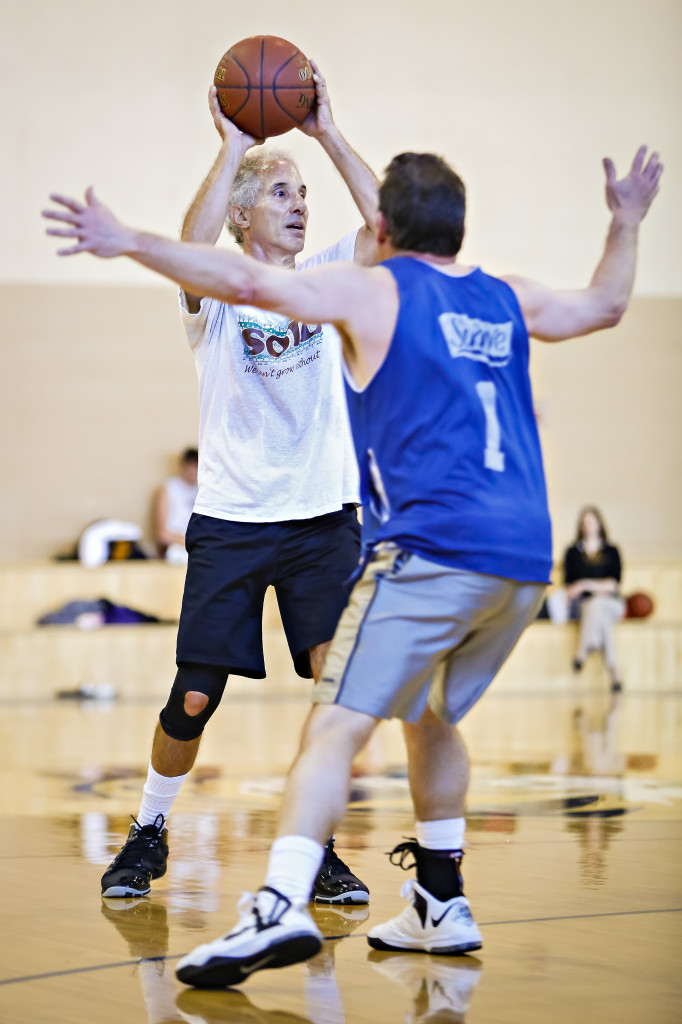 Motavalli looks for an open teammate. He said he enjoys the camaraderie of the thrice-weekly games, “It’s a really nice group of people.” 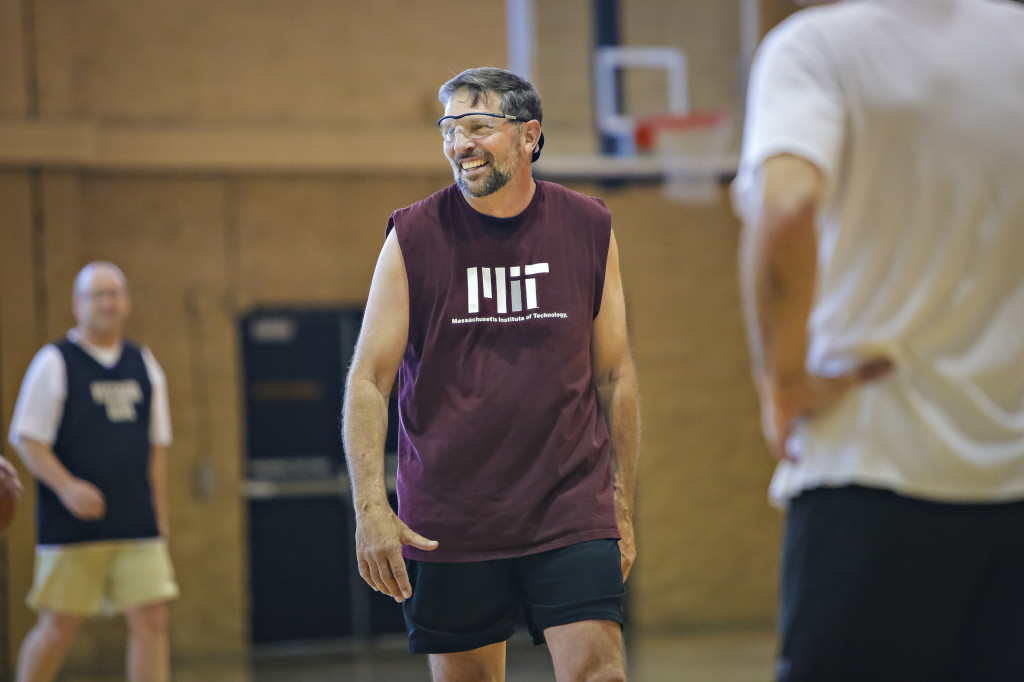 Lamberson enjoys himself on the court. He said most of the pick-up players are pretty reliable in attendance. “I once scheduled an interview for associate dean around my noon basketball game, so we don’t miss except in unusual circumstances!” 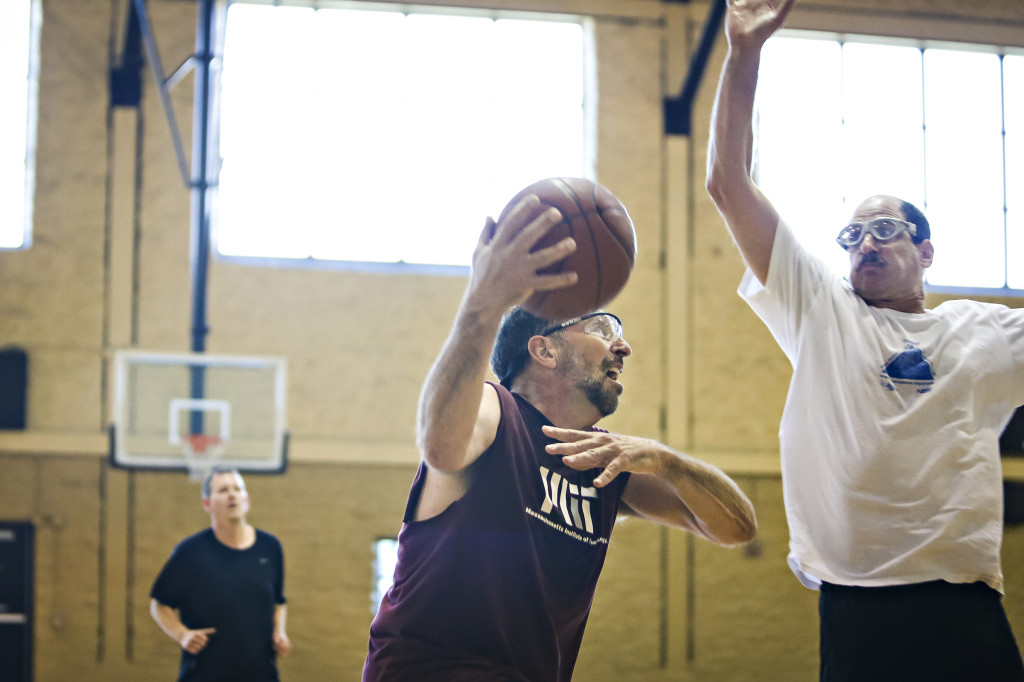 Lamberson takes a shot around a defender. The noon-time game is a great way, they all say, to get your mind off of what goes on in the office. “Out here if you start thinking about your next grant,” said Lamberson, “you get hit in the face with a ball!” 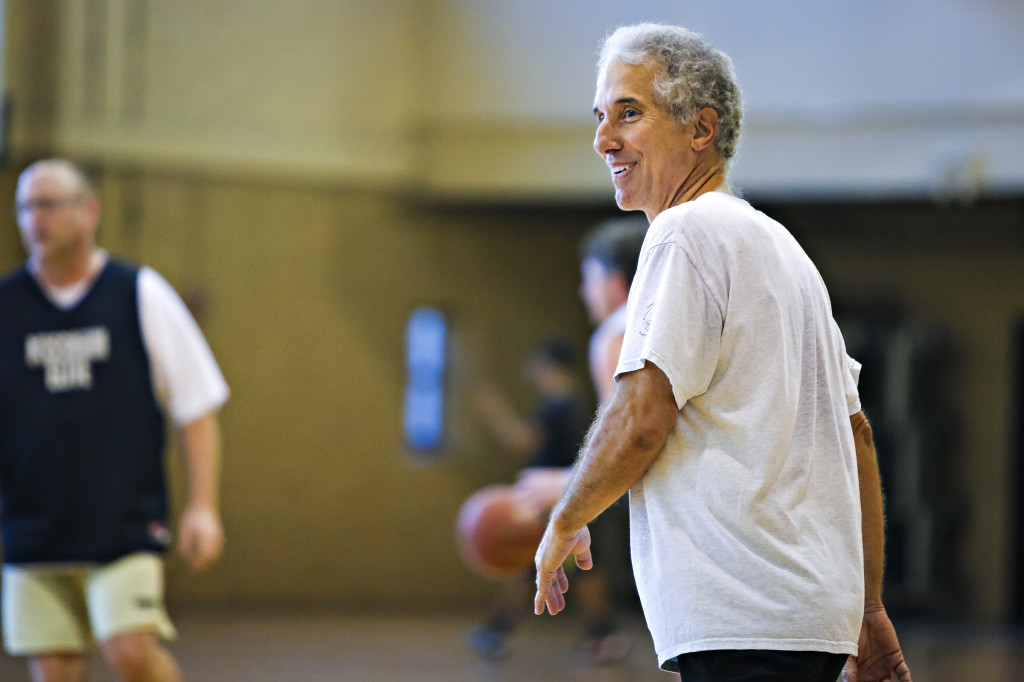 Motavalli enjoys himself on the court. He said he encourages anyone looking for an athletic outlet to join in on the games. “It’s exercise without thinking about it,” he said.