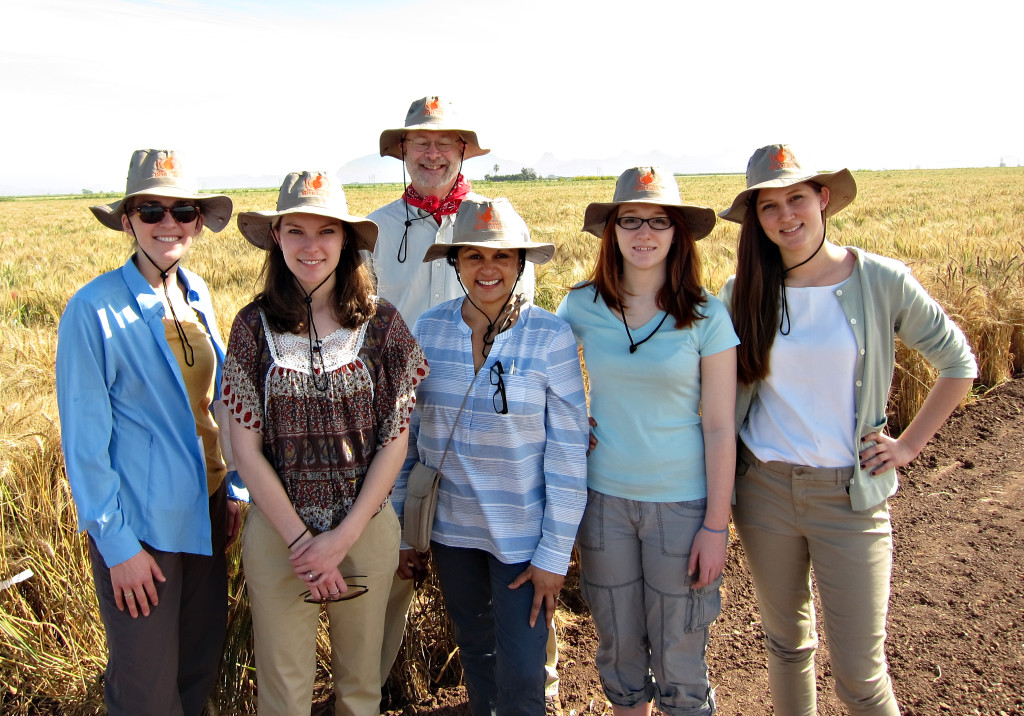 Acquiring the skills journalists need rarely requires a book or simple lesson. It is best learned through on-the-job training.

The University of Missouri School of Journalism has long praised its “Missouri Method” as a way of putting students into real-world situations and recently the Science and Agricultural Journalism program at the College of Agriculture, Food and Natural Resources took that training to an international level.

While many students were soaking up the sun during spring break, four students from MU traveled to Mexico to attend and cover as journalists the Borlaug Summit on Wheat for Food Security. Instructors Bill Allen and Nina Furstenau traveled with the students not just as chaperones, but as editors available for critiques and professional guidance.

The project was funded through a collaborative effort from Vice Chancellor and CAFNR Dean Tom Payne’s office, CAFNR International Programs, the divisions of Applied Social Sciences and Plant Sciences, Department of Biochemistry, School of Journalism, the Interdisciplinary Plant Group and the MU International Center. 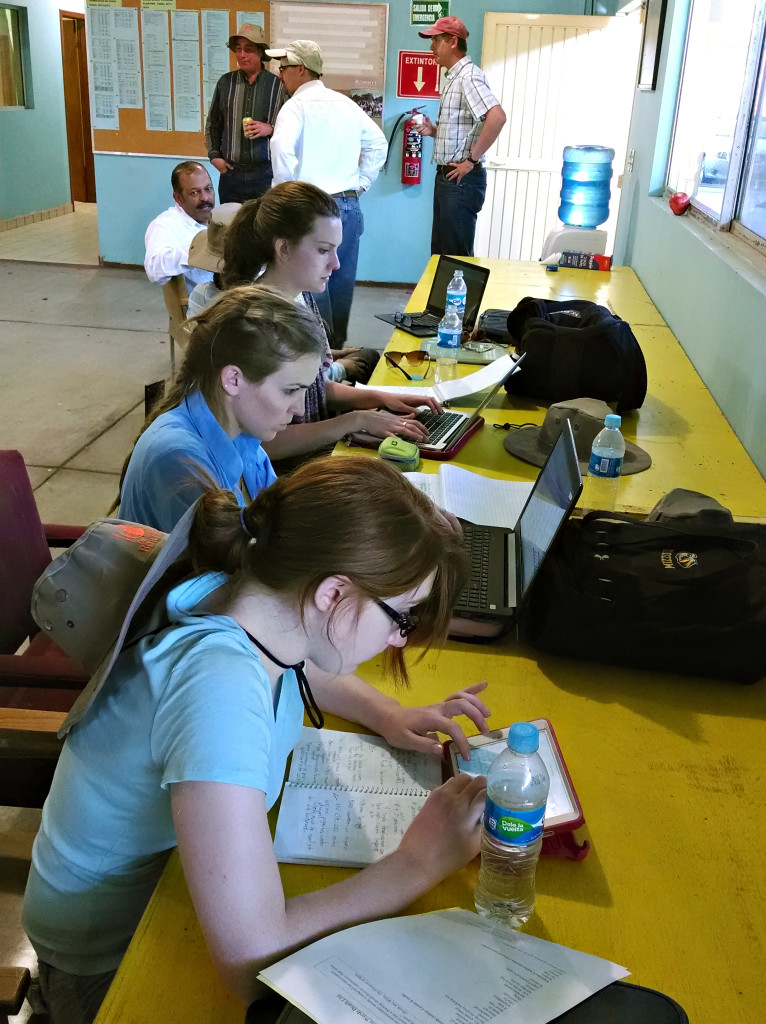 Students Shawna Rowe, Kathryn Ingerslew and Meghan Eldridge work on stories while out covering the events at the conference.

That diverse group of support carried over into the backgrounds of the students that took part in the trip. The students included Meghan Eldridge, a senior journalism student; Kathyrn Ingerslew, graduate student in Plant Sciences; Ann Millington, Science and Agricultural Journalism sophomore; and Shawna Rowe, Biochemistry junior.

“We were excited to select the candidates from the different areas of the College and University,” said Furstenau. “There is a difference between science and academic writing and communicating to the general public. It was great to provide a learning experience for both the journalists and science discipline students.”

The students embedded themselves throughout the four days of the international conference in Ciudad Obregon, a large city in Mexico’s Sonora state northwest of Mexico City. The International Maize and Wheat Improvement Center (CIMMYT) in collaboration with the Association for Agricultural Research and Experimentation of the State of Sonora (PIEAES) organized the event.

“There was such a diverse group of people at the meeting,” said Kathryn Ingerslew. “More than 60 countries were represented from all sectors responsible in agricultural production including researchers, farmers, industry professionals, students and NGO representatives. It was great getting to meet people from all over the world and hear about the problems their countries face.”

Also included was a trip to Norman Borlaug’s first fieldwork plots that sparked the Green Revolution in agriculture to increase crop yields to stave off mass starvation in the developing world. In 1970, Borlaug was awarded the Nobel Peace Prize for what the Nobel committee accredited to him as feeding 1 billion people.

Each day upwards of 800 people attended meetings based on food insecurity. It was a chance for global influencers to network, share ideas and have a conversation about the growing concern of worldwide starvation.

The task at hand for the students was to cover and share the information. Their stories were posted on the MU Earth blog at http://muearth.wordpress.com/

“They were totally immersed in a new world,” said Allen. “They were working around the clock to crank out stories. They took the initiative to walk up to people for interviews and find the key stories all while working in a foreign environment. Once finished we would critique their stories and look at what worked and what didn’t.”

During the course of the week, more than 30 stories were posted on the site. Topics ranged from simple profiles of attendees at the summit such as Masum Burak, general director of the International Winter Wheat Improvement Program in Turkey, and Salome Munissi, a researcher at the Food Security Research Institute in northern Tanzania to in-depth analysis of farmer communication and how certain policies are detrimental to a culture’s access to food.

As the group worked through more stories, it became even more apparent how important of a learning experience the trip was going to be.

“For me as a researcher I have had experience writing scientifically but never in a journalistic style,” said Ingerslew. “This was an eye-opening experience into how the world of journalism works. I believe all journalism students should have an experience like this, but researchers as well. This helped me be more concise and thoughtful in my writing and forced me to consider how to best communicate with a broad audience.”

The students will receive a 1-hour class credit for their efforts as part of Field Reporting on the Food System and Environment. Normally, the three-credit-hour class is offered in the fall with a trip to cover the World Food Prize convention in Iowa, but with the centennial celebrations of Norman Borlaug this trip offered a special opportunity.

“Besides a great learning experience, what I took away most from this trip is the importance and deficiency of reporting about global food issues,” said Meghan Eldridge. “I think there is a general lack of awareness about food insecurity and a reluctance to delve into the issue to produce substantive reporting, but it is so necessary!” 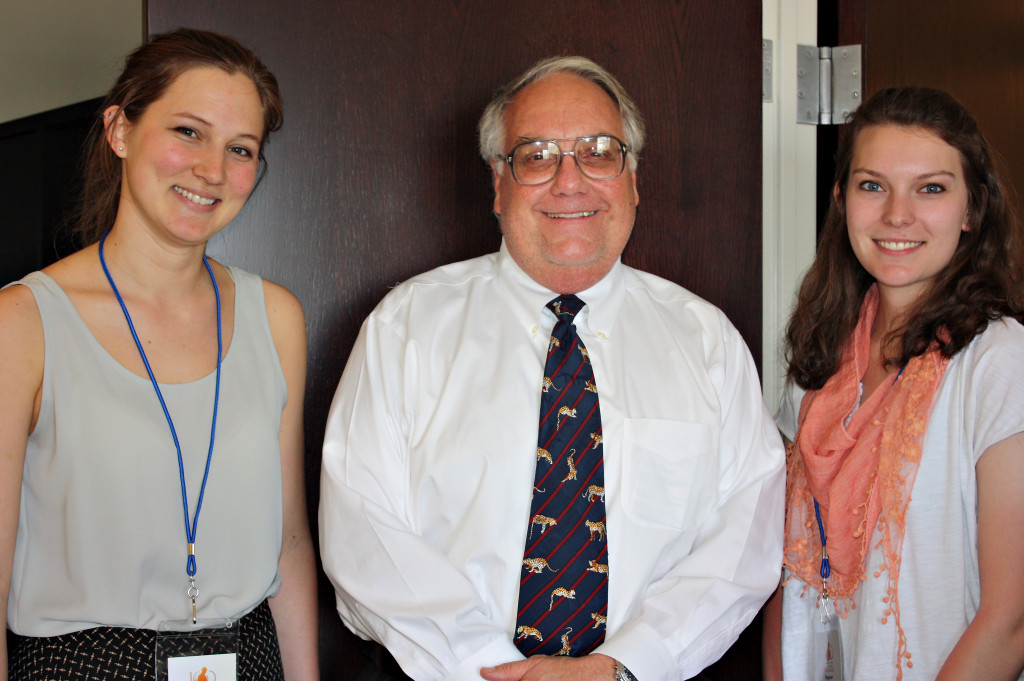 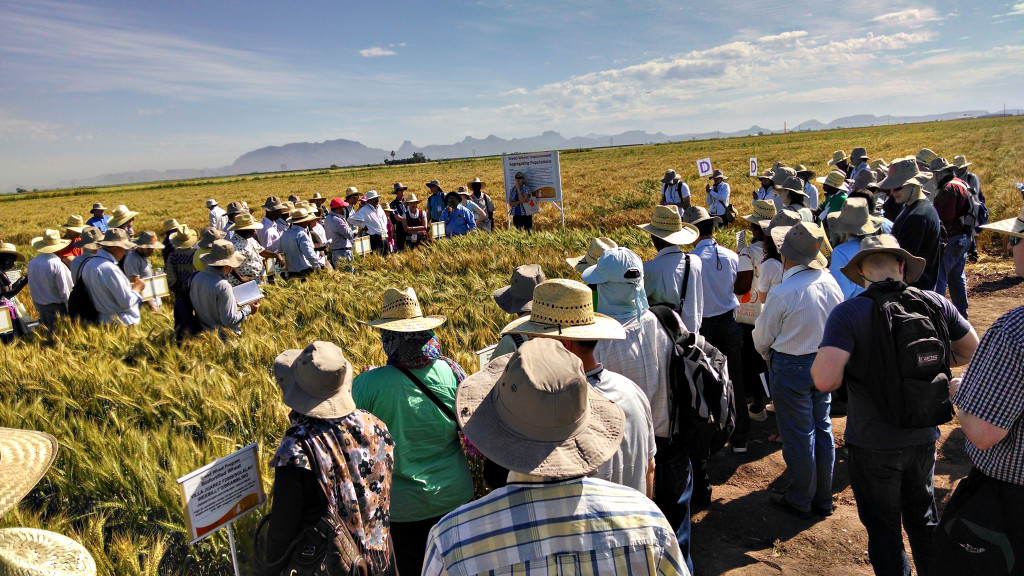 A day trip took the group out to Norman Borlaug’s original fieldwork plots that helped spur the first Green Revolution in agriculture.