“This scholarship is much appreciated,” Klarfeld said. “This will help with tuition, further my education, and help me pursue my career goals in whatever path I take with my hospitality management degree.”

The scholarship recipients along with their parents and faculty members celebrated the students’ success.

The same night, the program held the Eta Sigma Delta (ESD) induction ceremony. ESD is an international honor society that recognizes the scholastic and professional achievement among hospitality and tourism educators, professionals and students. ESD is guided by the International Council on Hotel, Restaurant and Institutional Education (I-CHRIE). Today, there are more than 90 active ESD chapters throughout the world. 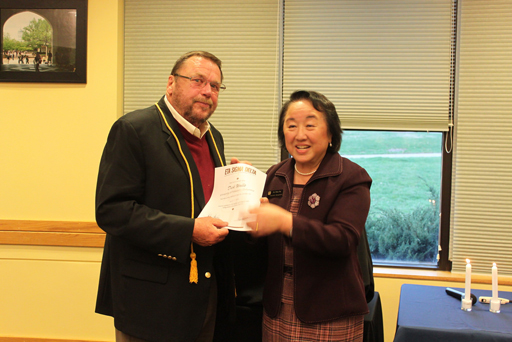 The induction ceremony celebrated the induction of Dick Walls, The founder of Heidelberg, as the Chapter Honoree of the ESD Honor Society, and eleven new ESD students. Members of this honor society are by invitation only. Only third and fourth year HM undergraduate students with a cumulative GPA in the top quartile are qualified for membership. Industry leaders are also invited as ESD Chapter Honorees. This year, Walls was inducted as the 2014 chapter honoree for his significant contribution to the hospitality industry.

Walls is a Missouri native, originally from Festus. After serving tour as a U.S. Marine, he attended the University of Missouri in 1960, and then in 1963 purchased what we now know today as the Old Heidelberg restaurant in Columbia. ​A successful businessman, Walls has given back to Mizzou in many ways. In 1970, he was a founder of MU’s Hospitality Management program and then for many years continued to serve on the advisory board. He has also served tirelessly at The Food Bank for Central and Northeast Missouri, leading the organization in a project garnering $5 million. In 1994, Walls was inducted into the Missouri Restaurant Association’s Hall of Fame, and then in 2010 received MRA’s Distinguished Service Award. Walls remains the only person to have received both awards and continues to stand as a pillar of exemplary service in the Columbia community. 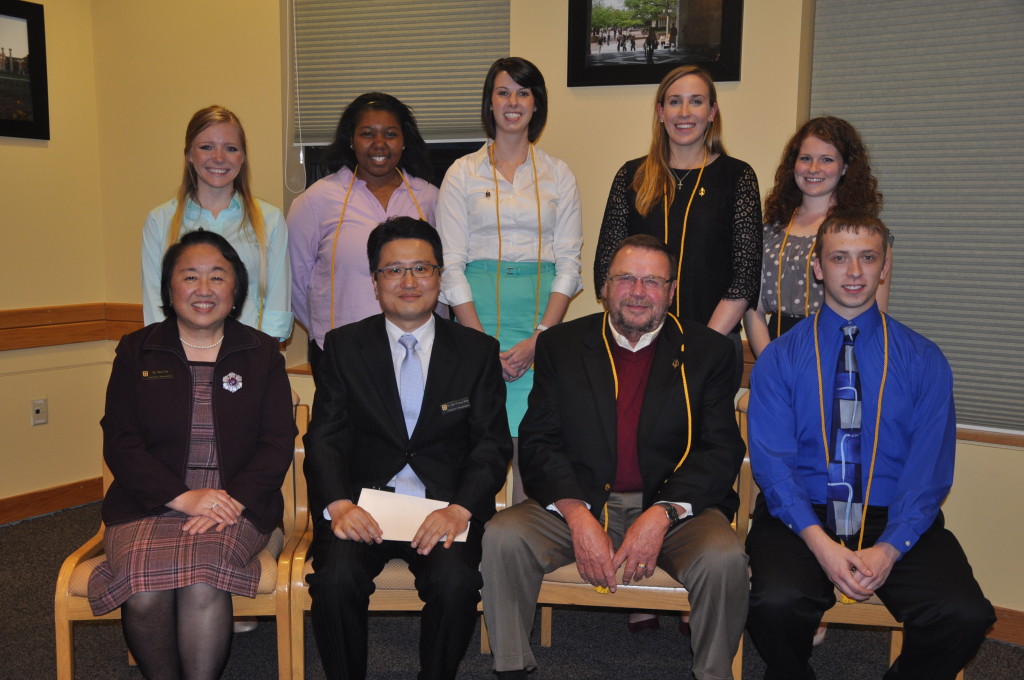 The new ESD student members inducted in 2014 are as follows: