In 2010 there were a record 26 deaths nationwide due to grain bin accidents, according to U.S. Occupational Safety and Health Administration reports. And there were many more unreported “near misses,” say University of Missouri Extension specialists Willard Downs and Frank Wideman.

Last fall’s wet harvest and this winter’s record-setting cold may result in crusted, spoiled and wet grain, increasing the danger.

“Crusting” creates a firm but unstable top layer of grain that may feel like a hard surface for walking. However, flowing grain below the crust creates a cavity that can collapse in seconds. 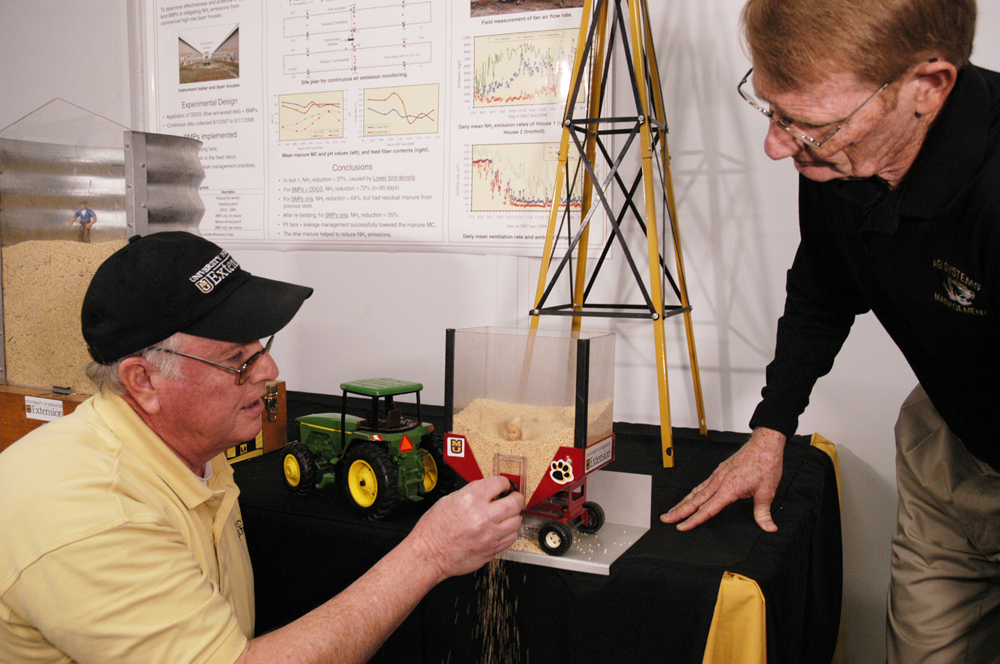 “You may think you are standing on a firm surface, but you’re not, and by the time you realize this, you’re sinking,” said Downs, a professor of agriculture systems management in the MU College of Agriculture, Food and Natural Resources.

The typical round, flat-bottomed grain bin draws grain from the top center and forms a vertical cone or funnel when emptying. The force of flowing grain makes the feet become anchors, Wideman said. “If we keep our wits when drowning in water, we can float or tread in the water,” he said. “Water will buoy you, but moving grain will suck you down.”

Grain bins are larger and more dangerous than they were when farms were smaller, Wideman said. Equipment also is larger and moves more quickly. Because modern equipment is more automated, farmers may tend to work alone.

What if you find yourself trapped in a bin? Cup your hands around your mouth and nose to create an air pocket. This may give you enough air and time for someone to rescue you. 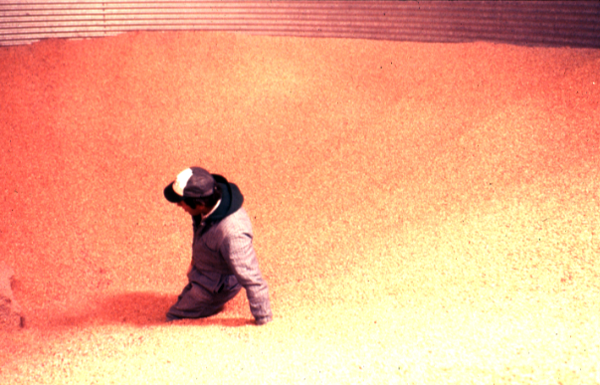 If possible, move to the edge of the bin and continue moving in a spiral until the bin is empty. Try to get to the inside ladder of the bin.

If you are with someone who has become entrapped, do not attempt a rescue. Call 911, turn off the auger or conveyor belt and turn on fans to increase ventilation. Gather items that emergency personnel can use to keep grain away from the victim.

OSHA also has information on grain handling safety at www.osha.gov/SLTC/grainhandling.