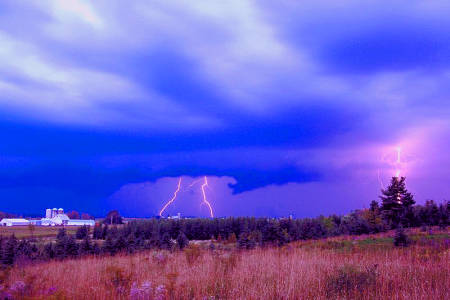 This month a team of University of Missouri atmospheric science researchers will deploy to eastern Kansas and western Missouri to study a poorly-understood phenomenon called elevated convection that can trigger rainfall-intense thunderstorms.

Their data will create a model of how this condition generates large storms, which often lead to flash flooding, the top weather-related killer. This will be the first time that measurements will be taken of temperature changes and instability patterns before, during and after elevated convection events. The model will help forecasters improve predictions of heavy rain. The research is funded by the National Science Foundation. 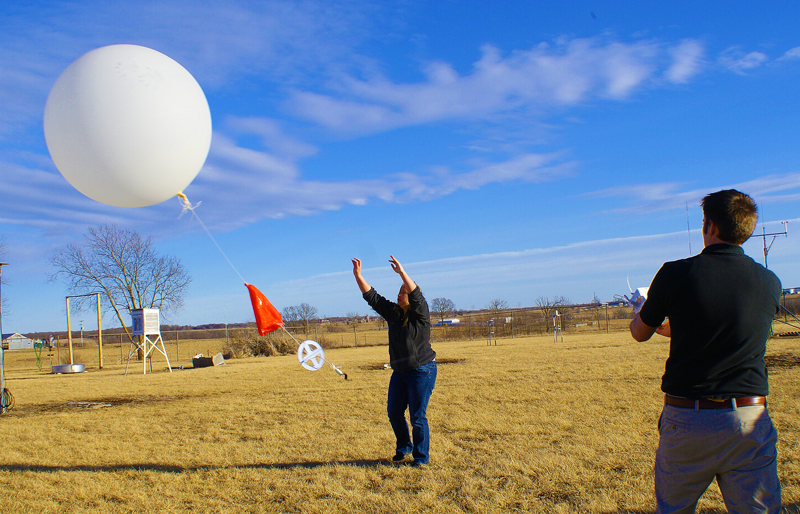 Patrick Market and Neil Fox, both professors of atmospheric science in the College of Agriculture, Food and Natural Resources, are leading the team of faculty and student researchers. They will position research vehicles where elevated convection events are anticipated and launch weather balloons. The balloons will travel through the event, radioing back temperature, instability and moisture data at various altitudes throughout the development, life and death of an elevated convection event.

A Different Trigger of Thunderstorms

Elevated convection forms from the lifting of air by either a cold or warm front, causing thunderstorm-producing instability. Predicting elevated convection thunderstorms is tricky as these rarer storms often occur in cold air more than 100 miles behind a front, depending on the power of the convection and the available moisture and energy. The thunderstorms most people experience occur inside the warm, moist air masses along fronts. 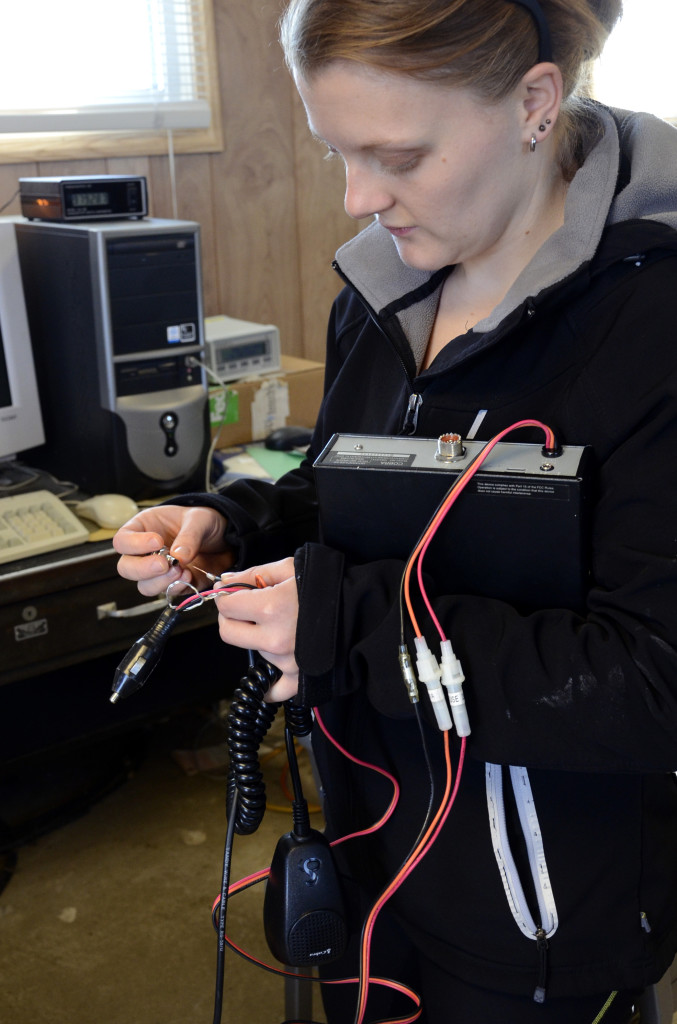 Alzina Foscato, an undergraduate in atmospheric science at MU, prepares the antenna for the weather station before the weather balloon launch. Courtesy Jessica Salmond.

Weather radar doesn’t readily show the temperature and moisture variations within lifting air that are critical to predicting elevated convection events. The Mizzou team will compare their balloon data with advanced radar returns from sites in Topeka, Kansas City and Springfield to see if radar can detect something of use in better forecasts.

“The data needed for a better forecast could be as simple as determining the warming or moistening of the lower troposphere, perhaps by a low level jet stream,” Market said. “It could be that cooling or drying of the middle to upper troposphere causes the destabilization of the atmosphere. We do not know which of these factors is dominant with elevated convection.”

More than 125 people die in flash floods each year, according to the National Weather Service. That compares with an average of 73 deaths for lightning, 68 for tornadoes and 16 for hurricanes. These floods can develop in as little as a few minutes.

The research will build on earlier CAFNR research in which Market and his students chased thundersnow events in the Midwest. These wintertime storms can produce sudden and large amounts of snow and are also often caused by elevated convection.

The team will concentrate their field efforts in eastern Kansas and western Missouri because this is the area that experiences the highest concentration of elevated convection thunderstorms in the U.S. “This is the ideal area for this study,” Market said.